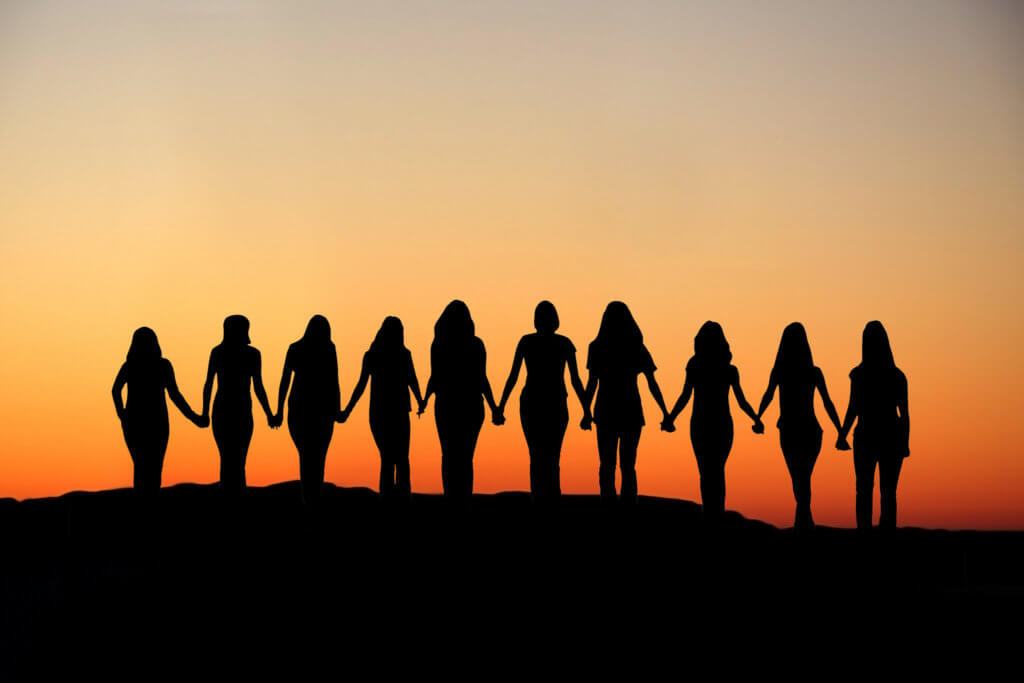 From the post-Euromaidan stack of books proclaiming, ‘I-Too-Have-Something-To-Say-About-Ukraine’, Małgorzata Nocuń extracted something rather stinky, and also quite predictable for the Polish milieu of East-experts. Instead of summarising the book I will quote from it: ‘For a Ukrainian girl taking care of the home, of children and of the husband is as natural as the physiological acts of breathing or blinking.’ The chapter continues in this vein, in affirmation of ‘Eastern femininity’. The reviews were all enthusiastic.

I have said that this is quite a predictable response, because, at East-related gatherings, I have witnessed – or rather, suffered – innuendos, stares and a patronizing attitude towards women time and again (women from places to the east of our border have had to endure an even greater share of such attitudes). Where women experts dealing with European politics complain that remarks about ‘beautiful ladies’ occur daily, at ‘eastern’ events they crop up every hour. Protests are usually met with crude jokes about hairy armpits, or simply ignored.

In other countries this would be seen as crass. In Eastern Europe it is called being ‘conservative’ or ‘nostalgic for traditional gender roles’. Nevertheless, the fight must go on. We are having a go at the glass ceiling; we are creating a debate and writing about it (as Ołena Babakova is doing here and Iwona Reichardt, here).

Polish left should start to make a place for itself there, with a view to becoming firmly grounded in this important niche.

Women specialising in the East are a separate topic, worthy of a separate paper. But the recurring narrative of Ukrainian beauties is significant because it shows us that the circles shaping the debate about the East, and the policy that goes with it (in the media, political parties, think-thanks etc.), are heavily staffed by the political right (or, sometimes, the centre-right). A caveat – there are many excellent experts in those circles, who I am in no way suggesting should be chased away (though some of them could, after thirty years, brush up on some new ideas). I am suggesting, however, that the Polish left should start to make a place for itself there, with a view to becoming firmly grounded in this important niche.

Because right now, in this respect, the left is nowhere to be seen. The young (‘non-post-soviet’) left, in its broadest sense, has spawned and attracted many great experts on European affairs, Euro-Atlantic issues, the Middle East, and so forth, but Eastern Europe (not only ex-USSR, but also countries to the south of Poland) is still terra incognita. Take refugees, for instance, everyone is willing to help the Syrians (which is good!) but the Chechens or the Tajiks (not to mention the Ukrainian migrants) are of interest to only a handful of people. This is so, even though they are on our own doorstep, and not in Germany. It seems to be a matter of fashion (please, do not get offended, but instead donate to the International Humanitarian Initiative/MIH).

There are, obviously, noble exceptions to the rule, such as some of the left-leaning journalists, female activists or academics working on the East, or the attempts at creating platforms (such as the ‘Visegrad’ and the Ukrainian editorial teams of Krytyka Polityczna). But in the end, when we meet our Eastern European comrades at some networking project in Berlin, we are often surprised that somewhere in the ‘Orient’, say Bulgaria or Georgia, there are people who think the way we do (and might even speak English better than we do). Even if we happen to say something about Russia sometimes (having read all those twentieth-century analyses), we are usually happily ignorant about all the other countries.

Another part of the problem is the wannabe liberal breed of younger generations (including the young left), who have been told that they should orient themselves towards the West exclusively.

It is difficult to know why this is the case. Maybe the conservatives’ perverted fascination with all things military, the counter-culture revolution and, last but not least, with Putin, is partly to blame. Another part of the problem, though, is the wannabe liberal breed of younger generations (including the young left), who have been told that they should orient themselves towards the West exclusively, and ignore the countries of the region, being the most European of the lot anyway (the young Poles, Czechs and Hungarians have each received the teaching individually). Some, fortunately marginal, sections of the left wing have been copying the attitudes of their western pals to such an extent that – while not really being able to tell the Kremlin from the Crimea – they have mindlessly absorbed the pro-Russian stand that often comes with the package. As a result, the young left wants to be friends with Podemos, the Zapatistas, and the PKK, while the Russian sleeper trains tend to be frequented mostly by the young right.

Of course, there is nothing wrong with such friendships. The left has always been naturally international, and the capital, indubitably – global. But right now, when Eastern Europe is ravaged by look-alike demons, we should be learning from each other, even if this means learning from each other’s mistakes, and we should stand together. Even though the East is no monolith, from the Czech Republic, and Romania, all the way to Armenia, we are going through similar processes, facing similar problems and witnessing the formation of similar attitudes (and Russia, again, was first). As all left-wingers know, it is the social existence that shapes consciousness – we will be quick to understand what people of the Ukrainian left or the Hungarian right have to say.

If the EU survives, we will have to collectively, as a region, decommission the toxic legacy of ‘brownshirt’ nationalist frenzy.

What is more, the term ‘Eastern Europe’, politically taboo for years, has come back like a boomerang into western public discourse. We can get annoyed, say it is post-colonial, generalising, and definitely not cool, but we have to face this fact if we are interested in our own efficacy. Within the EU, as long as it exists, we and our Lilliputian countries will be seen as one crowd, huffing and puffing our way through the twenty-first century, second rate in a two-speed Europe. If the EU survives, we will have to collectively, as a region, decommission the toxic legacy of ‘brownshirt’ nationalist frenzy.

In 2015, Pawel Pieniążek chastised the Polish left for its parochialism within international policy in general, and eastern policy in particular. He wrote: ‘it is curious that this tendency has not been changed by the rapidly growing number of challenges that the West and the international community are facing.’ Things have changed a bit since – the political party, Razem (Together), has developed its agenda and Political Critique has spread its wings, to mention just two examples. But this is still too little, considering the fact that the challenges facing the region are multiplying and that Eastern Europe is increasingly polarised.

Some time ago an activist from Razem told me that the movement did, in fact, have contacts in the region, but that they did not follow them up enough. This ailment afflicts, it seems, the whole of the left: activists, journalists, experts and party members. We need to look towards the East, because the moment when conservative think-tanks, staffed by the young-and-talented, will make their strongholds there, is close at hand, and we will never be able to reach the East again. The East is not in the east. The East is in us.