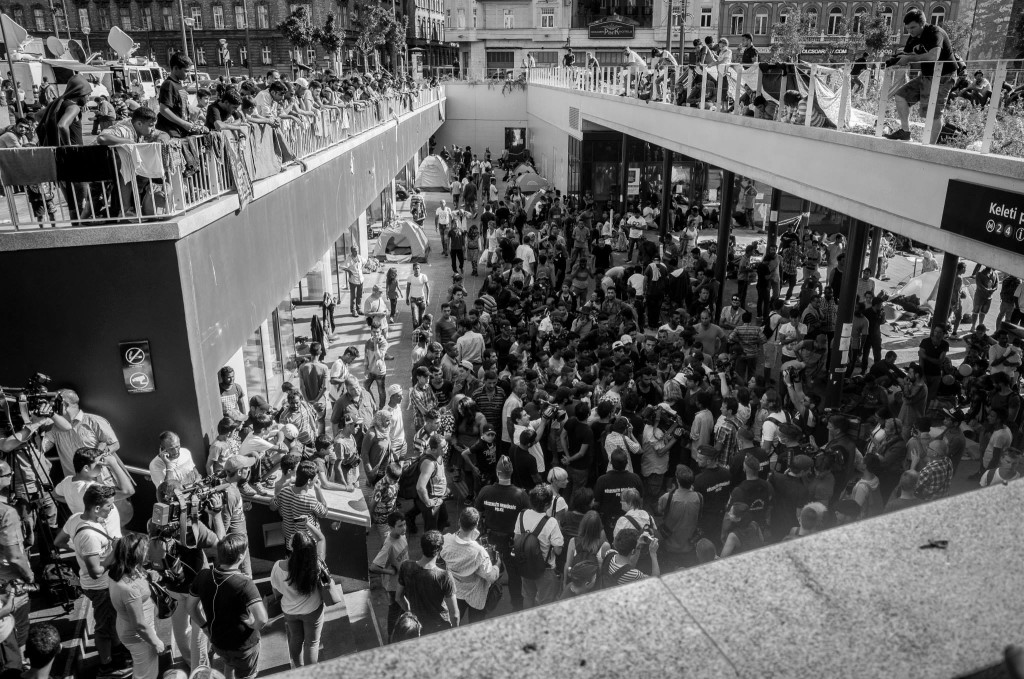 The Hungarian government has set itself an unrealistic objective: to halt completely the masses of people seeking asylum in Europe from entering the country. The objective is totally detached from reality, given the determination of the refugees fleeing the horrendous conditions of their native countries to get to the countries of the European center. This unattainable goal, however, diverts the resources and capacities of the government from preventing a humanitarian catastrophe among the asylum-seekers and attending to the most basic necessities of these people.

On August 26, around 3241 refugees were intercepted by the Hungarian authorities, and the daily number of people crossing the Serbian-Hungarian border has been higher than 2000 for a couple of weeks now. The government has adopted a strong restrictive, law-and-order type stance towards the refugees, initiating a xenophobic ads-campaign and building a wire-fence all along Hungary’s border with its southern neighborhood, Serbia.

Since the very first parts of the fence have been erected, it has become clear that such a measure is totally ineffective in its putative function of stopping the migrants, but together with news about the negative attitudes of authorities and the inhumane conditions in the Hungarian refugee camps, this policy has pushed a large number of migrants into the arms of smugglers. Last week in Austria, 71 individuals, including four children, were found suffocated in a smuggler car coming from Hungary.

Refugees intercepted by the Hungarian police are registered and given orders to reach one of the dozen refugee camps, mostly situated hundreds of kilometers from the southern border. Hence, most of the people end up, at least temporarily, in the main railway stations of major cities, most importantly Szeged and Budapest, from where they either try to reach the camps assigned to them or continue their journey toward their preferred destination, such as Germany or the United Kingdom.

The refugee camps, and transit zones set up outside the railway stations in question are massively overcrowded, while the authorities refuse to appropriately secure subsistence for the migrants and to provide them with information. These basic roles are instead fulfilled by a number of volunteer groups, whose members are carrying out heroic work in collecting donations, preparing meals, and providing basic medical assistance and information to the already vulnerable people made even more vulnerable by government actions.

The inhumane conditions in the refugee camps and transit zones, as well as the determination of the authorities to block the migrants from boarding international trains towards Austria or Germany—a duty theoretically imposed on the government by the EU’s Dublin Accords, but challenged by various statements of German officials already—has resulted in a number of protests that concentrated for the last couple of days around the main railway station in Budapest. On Monday afternoon, a few hundred people were allowed on an international train, but by the evening the authorities had changed their minds, and on Tuesday morning they temporarily closed down the entire railway station to push out the people who had already bought their tickets and tried to board the Munich express.

By the end of this week the government also plans to adopt a set of legislation to enable the declaration of a state of emergency because of the refugees, to deploy military troops, and to give a bigger leeway to the army and the police in exercising force against the people crossing the border, or anyone suspected of aiding the migrants.

The current situation has no ready-made solutions, and is kept temporarily from deteriorating into a full humanitarian crisis only because of the volunteers aiding the migrants. The government is fixated on adopting tougher and tougher, but ultimately inefficient, restrictive measures, and in the meantime, it fails to live up to its basic responsibilities concerning the refugees. It does not want the refugees to enter, it does not want them to stay, but it does not let them leave either. This, in turn, breeds desperation and resentment among the migrants themselves, their legitimate protests fueling the government’s fear mongering strategy and restrictive policies. A potentially troublesome mix of factors.