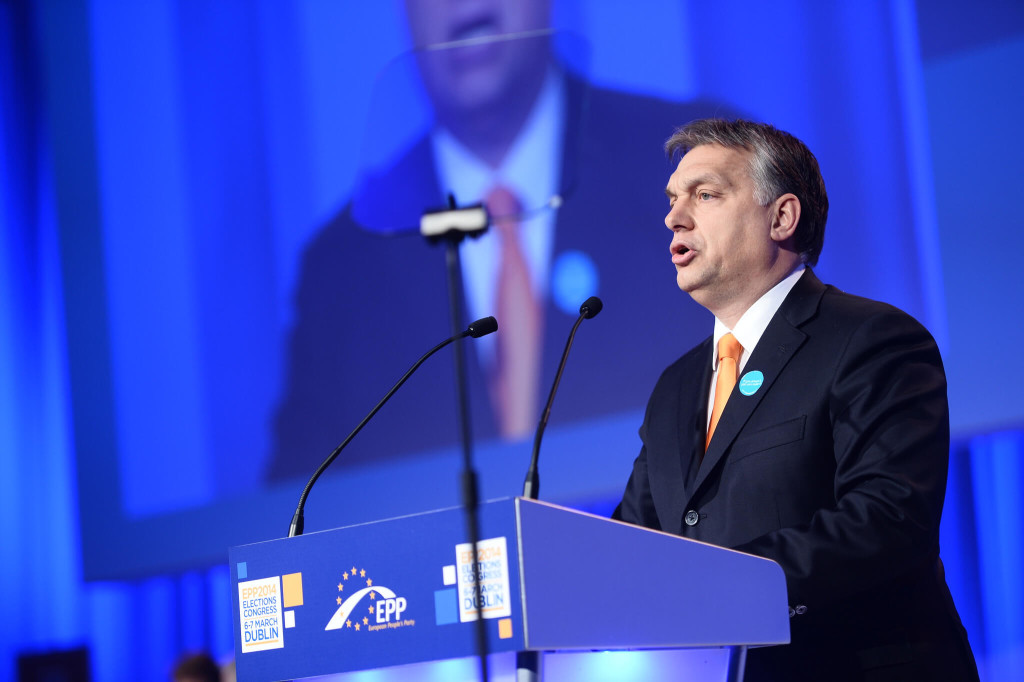 In the past five years, Hungary has featured frequently in the headlines of the international press with the authoritarian political moves of the conservative Fidesz government under the uncontested leadership of Prime Minister Viktor Orbán. The international audience could easily get up to date with the government’s (mostly) successful attempts to weaken the independent institutions of the state, its attack against the constitutional court, the independence of the judiciary, the institution of the ombudsman, the autonomy of legislature, the significance of parliamentary procedures, and the NGO sector. The international press also gave a relatively accurate account of the attempts to curb the independence of the media – through legislative acts and economic colonization.

What was less covered in these reports is the appropriation of most of the sectors of the economy by Fidesz’s extended clientele. Under the banner of building a ‘national bourgeoisie’, businessmen close to Fidesz were provided with unfair advantages through various legal and extra-legal means (i.e. corruption). What is symptomatic is the way in which public work contracts were handed out exclusively to this clientele (with EU funds also being used for this purpose). When a decades-old ally of the Prime Minister and the business guru of Fidesz entered into conflict with Orbán, his firm – which had previously won a large proportion of public work contracts – was cut off from these funds, chased out of the flock.

Under the banner of building a ‘national bourgeoisie’, businessmen close to Fidesz were provided with unfair advantages through various legal and extra-legal means.

Apart from the ‘traditional’ methods of political patronage, legislative means were also employed in this process of colonization. The commerce of tobacco-based products was nationalized by the state and then handed out to allies through concessions – the draft bill enabling this was written on the computers of one ‘friendly’ corporation which – surprise! – benefitted the most from the new system. The same pattern was applied to the gambling industry, with casino concessions being handed out, among others, to the PM’s close ally, the Hollywood producer, Andy Vajna.

Multinational corporations did not have many reasons to complain either, the government helped them with the well-known recipe of ‘flexibilizing’ the labour market through a labour bill very unfavourable to workers, and with the signing of strategic partnerships with big multinational corporations. The transformation of the educational system in a manner that favours the training of cheap technical labour is another policy that benefits corporations.

This exhaustive colonization of the Hungarian state, together with the unfortunate tendencies of post-socialist neoliberalism in Eastern Europe, resulted in a social situation of tragic prospects. Large-scale poverty, the housing crisis, low wages, unemployment, worsening health and education services, and emigration are the buzzwords that describe the state of Hungarian citizens. Every reliable figure shows that Hungary has stagnated in the decade since EU accession compared to every other state in the region, and given the rise of social inequalities, this stagnation hit the middle and lower strata of society disproportionately.

Despite all these tendencies, Fidesz is confidently dominating the political scene. As a reaction to the authoritarian moves, the weak liberal opposition – using the political vocabulary of the discredited governing elites from the 2002-2010 period – attempted to build a counterforce in the 2010-2014 period, but the focus on civil liberties and political institutions could produce only fading popular mobilization and stagnating electoral support. As a result, opposition parties did not manage to block Fidesz in winning a 2/3 majority in parliament for the second time in 2014. To be accurate, Orbán’s second landslide victory was also strongly aided by the electoral system tailored to his party’s needs and to the opposition’s disadvantage.

One of the weakest moments for the government arrived in October 2014, when the proposal for an internet tax triggered a long series of mass protests and pulled Fidesz’s popularity to a record low. This, however, failed to be channelled into institutional politics.

Through fear-mongering and the artificial augmentation of the ‘refugee crisis’, the ruling party managed to re-impose itself as the unquestioned leader in the polls, with around 34 % support in the total electorate (and 51% among voters with clear preferences). At the same time, its most potent opponent, the extreme right-wing Jobbik is at record low with around 12 percent, while the so-called leftist parties (mostly with a liberal, rather than leftist agenda) are faring even worse: the former governing Socialist Party is polling around 7-10%, the Democratic Coalition of former Prime Minister Ferenc Gyurcsány around 6-8%, and the remaining parties are attracting support under the 5% threshold. The Politics Can Be Different party, which is running on a green platform, and is trying to keep equal distance from both the government and its liberal opposition, seems at the moment to be the only small party able to jump this threshold, similarly to 2010 and 2014.

The management of the refugee crisis is exemplary for the usual modus operandi of Fidesz, which can be summarized by the slogan of ‘dominating the moment’. This mode shows similarities with the political spinning techniques of Tony Blair (or David Cameron), in the sense that it tries to keep under tight control public discourse by (hyper-)actively thematizing it. By dominating the way in which political topics are picked up and framed (even by the independent media), the government spin doctors manage to keep political discourse in constant and extreme polarization, setting the government on one side and the truly (and justifiably) discredited old elites and international (neo)liberal institutions on the other. With this method, each and every social grievance is muted, left without possibilities of expression and articulation into a potent political alternative outside of the current party system and outside of the grand political themes created by Fidesz that monopolize public discussions.

And there are a great many such social grievances, and grassroots initiatives trying to articulate these grievances. The grassroots collective “The City is for All” fighting for homeless people, people with precarious housing conditions, and solutions to the worsening housing crisis; health care and social workers protesting against inhumane working conditions and scandalously low wages; schoolteachers standing against the visibly deteriorating educational system – initiatives and social categories whose grievances can hardly acquire a public shape within the overall system maintained by Fidesz.

A quasi-authoritarian system with a huge political monopoly at its centre, weak and discredited opposition parties (consciously or unconsciously) playing along to the tune dictated by Fidesz, an economic system colonized by a political clientele, and autonomous islands with a terribly narrow space for manoeuvre – this is Hungary at the beginning of 2016. A country which currently is clearly not on the path towards a more just, more equal, and more prosperous society, but one that is characterized by a manifold social crisis, rising inequalities and intensifying social conflicts, and led by a government whose policies disadvantage the already disadvantaged, dispossess those who have barely any possessions, and aids those who are least in need of help.