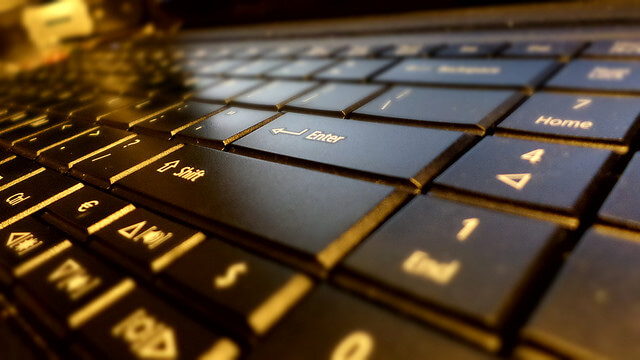 The Hungarian press repeatedly reports on the acute shortage of IT professionals on the Hungarian labour market. The crisis has reached such a level that now IT companies have started training potential employees themselves. According to a report drafted for the government last March, at the moment there are at least 22 thousand vacant positions in this sector. The situation is a perfect reminder of how misguided governmental policy is destroying the future of the Hungarian economy. However, one does not have to go too far to find good examples. The Hungarian government should just look across the border, to the Romanian city of Cluj-Napoca, which is frequently branded by the international media as the “Silicon Valley of the East”.

The Hungarian economy has a bizarre problem: while millions are living under the poverty threshold and are often unemployed, the labour market also faces huge shortages. The fact that high rates of unemployment exist at the same time as high rates of labour shortage points to the inability of governmental policymaking in helping the unemployed and the vacant positions meet. The destruction of the educational system, the lack of re-training possibilities, the punitive workfare regime which makes searching for a job impossible, and above all the artificially maintained low wages are all factors that contribute to this crisis.

The fact that high rates of unemployment exist at the same time as high rates of labour shortage points to the inability of governmental policymaking in helping the unemployed and the vacant positions meet.

The shortage of IT professionals is only one drop in this ocean, but it stands as an eloquent example of faulted policymaking, which is all the more depressing considering that information technology is not a remnant of old economic structures, but something that can be the basis of sustainable long-term development.

The report from last March (which, let us emphasize again, was commissioned by the government) claims that the future demand for IT specialists is going to grow above average, but the Hungarian economy will be unable to answer to this demand. This means that the country is going to miss a lot of opportunities for development. The report identifies a number of reasons for this state of affairs. The principal reason, of course, is related to the shortcomings of higher education and professional training. Recent cuts in the higher education budget and the reduction of the number of tuition fee-exempt university places have led to a low number of trained professionals who would be able to participate in this productive chain. The miserable situation of public education, reflected also in frightening PISA-indicators, adds an extra layer of difficulties since the pool of potential candidates for higher education is severely diminished.

Unsurprisingly, the third factor is constituted by low wages. As competition in the IT sector happens on the global scene, a huge segment of trained professionals migrate westward in the pursuit of higher wages. Naturally, this does not imply that from tomorrow Hungarian firms should pay US wages, but a decent salary able to sustain a secure, comfortable life would be a vital requirement. The government has a lot of legal and financial means to influence the level of wages in the private sector, for example by setting the level of the minimum wage – it is a matter of political vision whether these means are used, or not. Right now, the salaries in the IT sector are above the Hungarian average- but this is only the case for the highest trained professionals; on middle and lower levels the situation is not good.

A more successful model than this can be found in neighboring Romania and most importantly its second largest city, Cluj-Napoca. The latter was labelled by various international publications as the “Silicon Valley of the East” – the metaphor is obviously an exaggeration and it is also partly a PR issue – but PR issues do matter when it comes to the economy.

Currently, the Romanian IT sector constitutes of a considerable 6 percent of the national GDP, a rate that has doubled in the last five years. In 2016, nearly 15 000 IT firms employed around 100 thousand people countrywide.

The secret lies principally in the educational system. Due to the dominance of free public education, Romania is in the global top 10 for the number of IT specialists. Furthermore, 90 percent of these workers have a good command of English. According to a 2014 report, the country occupies the first place in Europe when it comes to the number of mathematics and informatics Olympiad medals.

In addition, political decision-makers are also trying to facilitate the growth of the industry. IT professionals are exempt from the 16-percent income tax if they work in companies whose income for the previous year exceeded $10,000. The government is also working on expanding these benefits to startups working in this sector.

All in all, the Romanian model is far more preferable, with far more prospects than the current Hungarian situation.

The industry is largely concentrated in the capital, Bucharest, and in the second largest city, Cluj-Napoca. The latter gets the more attention given that one inhabitant in 25 works in this sector. A couple of years ago the local authorities started a gigantic project called Cluj Innovation City, which aimed at fostering the cooperation of companies, workers, authorities and the city’s universities in order to build a separate district for the industry. Although the finalization of the construction has been delayed, most of the stakeholders are very positive about the projected outcome.

The example of Cluj also shows that in this region of the global capitalist structure, nothing is unequivocally good. Cluj differs from the Silicon Valley model in a very significant respect: here people mostly work on outsourced partial processes, while the operations with higher added value happen in the states of the global center. In Romania, for example, there are no huge investments that are comparable to those in Silicon Valley and consequently the economic benefits of the industry are largely sucked out to other geographical areas.

Nonetheless, even in the medium term, these activities can give rise to local companies with higher innovative potential and combined with working on products with higher added value, the benefits of the industry for the local economy could become significantly higher.

All in all, the Romanian model is far more preferable, with far more prospects than the current Hungarian situation. Investment into education, the extension of access to modern training, opportunities for lifelong learning, and a well-conceived strategic planning are the basic dimensions of relative success.

And these are the dimensions missing from present-day Hungary. Until the government decides to invest in its own citizens and until it stops seeing them as a cheap and vulnerable workforce to be governed by punitive measures, the acute crisis will not be resolved.