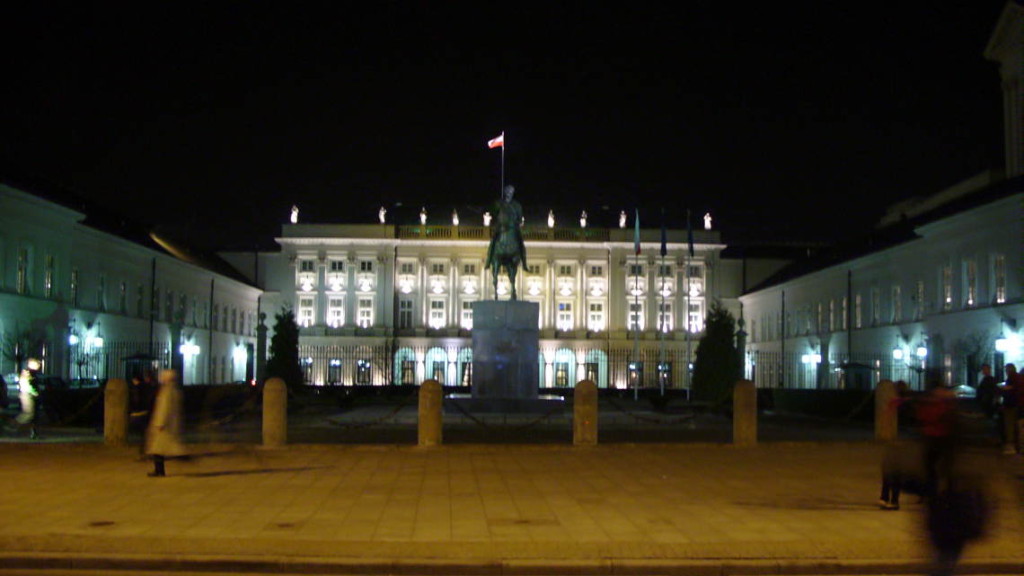 All those Poles who have repeatedly asked themselves the question, “How is it possible that Bronisław Komorowski ever became president and has constantly over 60% of public support?” are remembering that query today. That is why the current president’s first-round loss (34%) to Andrzej Duda, the candidate from Jarosław Kaczyński’s party (35%), cannot be surprising. It’s not a question of Komorowski being a boor or an embarrassment, or a candidate who has no understanding of his duties. He does, and we cannot disregard that fact. But the current president is so bland that he owes his presidency entirely to fear of Jarosław Kaczyński. And that will continue to be the case if he defends his title, because he has been so unremarkable as president.

In effect, these are at least the third successive elections whose main take away is that Poles have had enough of the current political scene, and of post-politics in general.

His main opponent lacks substance to the point of being perfectly translucent, because that is how he was meant to be. The electorate were supposed to look right through him to see Jarosław Kaczyński’s Law and Justice party, who were afraid to run against the popular Komorowski. The only proof of Duda’s existence is a massive scandal involving credit unions, in which he played a major role, arguing in parliament against these institutions being subject to the same government control as banks. That is, enabling scams that are now costing us billions. This affair has proven too complicated to get through to voters, however, and moreover Duda immediately accused his opponent of doing almost exactly what he himself had done, and voters did not know who was right. The translucent Duda’s advantage over the nondescript Komorowski is that Jarosław Kaczyński has a very defined character, but one that is detrimental to Poland.

In effect, these are at least the third successive elections whose main take away is that Poles have had enough of the current political scene, and of post-politics in general. Both are so well protected, institutionally and financially, that it is impossible to change anything; we can only scream. Votes cast for happener Janusz Palikot in the previous parliamentary election, for scandalist Janusz Korwin-Mikke in the European elections, and now for rockman Paweł Kukiz (21%) are those cries of opposition. This works only for a season. These candidates’ views are immaterial. What matters is that each of them has in turn played the role of the loudest accuser of the political class as a whole. But upon entering the political class, each of them has lost that attribute. Their successor is already fuming in front of a television.

Party politics is undergoing a deep crisis for reasons that can be most succinctly described in the following phrase: “in a globalized economy, only post-politics is possible in nation states, meaning that voters can change politicians, but they cannot change (economic) policy.” Although this is a topic for another debate, it has an important repercussion, namely, the rejection of the political class and the emergence of new kind of spokesmen for that rejection.

A key advantage for Kukiz is his sincerity. He was the only one of the major candidates whose pragmatism did not cross into cynicism and slipperiness.

The greatest paradox of these elections is that Paweł Kukiz has gained support in opposition to PO and PiS using a one-point program, which comes down to resistance against the complete and permanent consolidation of these parties’ power in Poland. That would be the effect of introducing single-member electoral districts. Kukiz received proof of this already in this election—despite his excellent results, he would not get a single seat in parliament, because he did not gain the majority of votes in any single district. It is difficult to imagine a more absurd situation. This is just further proof that we are living in a time of post-politics. Out of contempt for the system, voters are inadvertently consolidating its power permanently.

A key advantage for Kukiz is his sincerity. He was the only one of the major candidates whose pragmatism did not cross into cynicism and slipperiness. This evoked a positive reaction even among those who did not vote for him. His sincerity may have proved more important than the number of electoral districts he won.

I am reminded of my televised dispute with Tadeusz Iwinski from the post-communist party SLD, during which he stated, “I guarantee a double-digit result for the SLD candidate Magdalena Ogórek,” to which I replied, “I think 2.5% is also a double-digit result.” It is clearly apparent that the Left’s electorate stayed home almost in its entirety. It did not vote either for Komorowski, whose results equaled his party’s poll numbers, or for TV presenter Magdalena Ogórek, or for Janusz Palikot. The latter two’s respective 2.5% and 1% represent trace support that is not much greater than that for fringe candidates.

The Left is therefore confronted by a serious debate on how to behave in the second round.

The conclusion here is that the Left can save Komorowski. Paweł Kukiz will not endorse either of the candidates in the second round, because that would only damage his parliamentary campaign. He is focused on growing his electorate and establishing a tighter bond with voters. The campaign is ongoing not just for Duda and Komorowski, but also for Kukiz, though they’re concerned with different buildings.

The Left is therefore confronted by a serious debate on how to behave in the second round. Does it make sense to participate in a race between two conservatives? Should we leave home and vote for the harmless and bland Komorowski, or should we allow for a victory by the Law and Justice candidate, Duda?