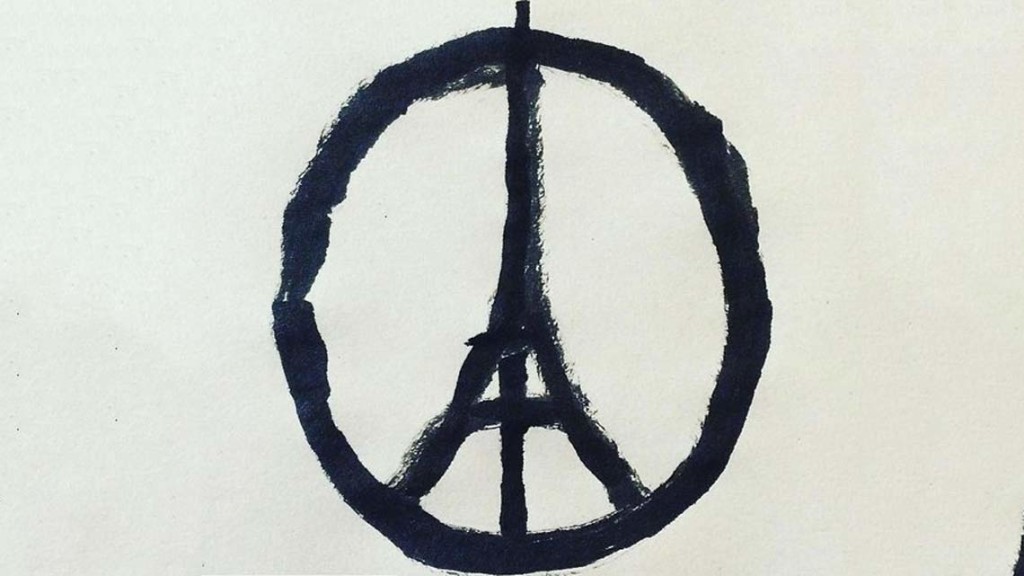 As I write these words, the terrorist attack in Paris is still ongoing. In a few hours, most of the question marks will most likely disappear.

Now more than ever it is important to stress that refugees are victims of terrorism, not its source. Click to Tweet

Under the influence of strong emotions, it is easy to place blame. The first accusations against refugees have already fallen, and in social media accounts from France are interspersed with the sick triumphalism of the right, which is using these attacks to bolster its theories.

Now more than ever it is important to stress that refugees are victims of terrorism, not its source.

The vast majority (90%-95%) of victims of Islamic terrorism have been and continue to be Muslims. It is precisely terrorists that Syrian refugees are escaping. Perhaps the very same terrorists who perpetrated the Paris attack.

Nationalists and other haters who are taking advantage of the refugee crisis in order to further their politics of fear will now attempt to convince Polish, Czech, Slovak, and Hungarian voters that they now have empirical justification for their views.

But a phobia would not be a phobia if it had a rational justification.

Haters are not only immoral, but also dangerous, because they make it more difficult to conduct the kind of effective security policy that citizens expect from their governments. A country guided by phobias would be completely irresponsible. Suffice it to mention the war in Iraq, which resulted from the politics of fear. If we give in to fear, we will only harm ourselves and others. We will not only act immorally, we will fail to act pragmatically. No one has ever benefited from the politics of fear.

The global community has been facing the threat of terrorism for a long time. Defeating that threat requires well considered policies based on international cooperation that combines emergency policies aimed at combating threats and long term plans for the economic and political stabilization of regions antagonistic towards the West.

Hasty reactions lead to the destruction of states, masses of refugees and casualties, and billions of wasted spending, ultimately yielding even greater threats.

Without such policies, there would be no Islamic State, and perhaps there would have been no Paris attacks.

Less than half a day had passed after the Paris terrorist attacks before my fears were realized twice over. The new Polish government, in the person of the Minister for European Affairs, Konrad Szymanski, immediately took advantage of the attacks in Paris in order to denounce the EU agreement on the distribution of refugees. Refugees fleeing Islamic State murderers, the Paris terrorists’ ringleaders, are once again becoming their victims, as well as those of right-wing policymakers propagating fear.

The Foreign Minister and other politicians would do well to realize that the beliefs they denounce as “liberal leftism” are considered mainstream views in the West, espoused by most ruling and opposition parties, with the exception of the extreme right and the political margins.

The future Minister of Foreign Affairs, Witold Waszczykowski, joined in on this wave of hate, telling Polish radio station RMF FM, “Crazed leftists are claiming that it is we who are guilty, that the West is guilty.” Pawel Kukiz, the leader of the third largest political grouping in the Polish parliament, went even further, saying: “I wonder who the greater criminals are—these barbarians, or the liberal political leftism that brought these barbarians to us”.

The Foreign Minister and other politicians would do well to realize that the beliefs they denounce as “liberal leftism” are considered mainstream views in the West, espoused by most ruling and opposition parties, with the exception of the extreme right and the political margins. The “liberal leftism” that is bringing the “barbarians” to Europe includes, among others, German Chancellor Angela Merkel.

It is Barack Obama, Jacques Chirac, Jeremy Corbyn, Gerhard Schroeder, François Hollande, Pope Francis, and other Western leaders who believe that the war in Iraq was a mistake, that the destruction of that state and that the destabilization of the entire region is the main factor behind the rise of the Islamic State, which is the main driver of global terrorism today, including the attacks in Paris.

The peculiar views of Pawel Kukiz, and even those of Minister Witold Waszczykowski, will not ultimately do any great harm to Europe. On the other hand, they themselves may very well suffer if the label of “barbarianism” sticks to them instead.