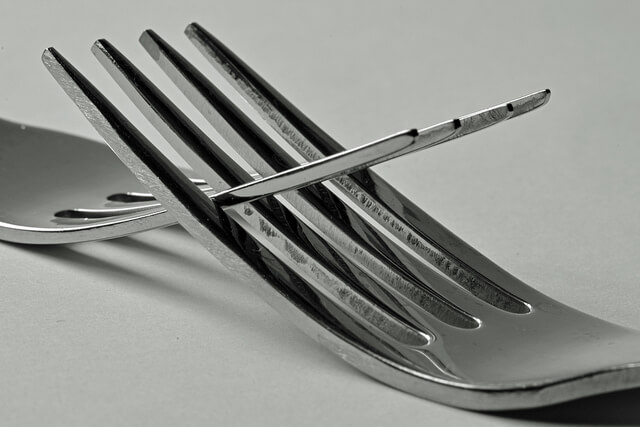 The story about the cultural transfer of fork use was ridiculed not just on the Polish internet. For some, this is just another scene in the show entitled “The Law and Justice Bull in the Diplomatic China Shop”. For others, it is something more – as a PR commentary on the Caracal decision, Minister Kownacki’s remark is proof of the government’s arrogance, shortsightedness and lack of political imagination. For the uncritical Law and Justice supporters, the remark embodies the rightful assertiveness of the Polish government; it is just another occasion to reproach the arrogance of the French. Columnists and satirists scoff. However, experts’ opinions vary, suggesting either that the breach of the helicopter contract is an enormous scandal – or the only right decision. The French press is outraged, and President Hollande called off his visit. So what?

The French got mad, because they were counting on a rebound after the Mistrals that Russia did not buy; Airbus is said to have made extensive preparations to fulfill the contract. Supposedly, the helicopters were horrendously expensive, and Poland did not particularly need them. But it all seems secondary, as does François Hollande’s pouting. In fact, truly important remarks about the Polish-French relations were made by somebody else. If we seriously consider the words said by Alain Juppé on the popular talk-show L’emission politique, we really are in big trouble.

Before I get to the point, let me make it clear. This politician must not be ignored. He does not have an image of a vagrant clown or a bona fide oaf stuck to his back. In the secular “church” of French politics and administration, he is a heavy-weight player. In partisan matches with other French Republicans, he will probably crush Nicholas Sarkozy; the Socialists are not likely to find a serious counter-candidate; and Marine Le Pen stands no chance in a second ballot next to a strong and respected figure of the Center Right. If he does not pull a Strauss-Kahn along the way, it is almost certain that we are dealing with a future president of France. A president, who will represent – even if, in the age of globalization, just superficially – the power of the French state and the pride of its citizens. And most of all, he will stand for a continuity of political image with those of the Élysée Palace tenants who – no matter if liked or disliked – had to be taken seriously (like François Mitterand).

What was it that Juppé said on television? He declared that “the most important thing now is to consolidate Europe. Because if Europe falls apart – and disintegration is already a threat – we will become slaves to the great empires in which nationalism is rising again”.

Crucially, Juppé said that “with those who want it – others are free to go – we need to rebuild the European project and reawaken the enthusiasm towards Europe among our citizens.”

Saying that we need “a different Europe” rather than “a bigger Europe”, that it has to protect its external borders – these are already clichés today, as is the “return to European values”. The ideas on summoning a “congress of European authorities” is just hiccups of the Convention, which (led by the French greybeard Giscard d’Estaing) prepared a failed project of the European constitution fifteen years ago. Could it be nihil novi sub sole?

Our problem (meaning Polish, or perhaps Central European) lies in the fact that the traditional mixture of the French superiority towards the countries formerly behind the Iron Curtain, the megalomania that gives France almost exclusive agency over the European integration process, and finally the aristocratic elitism concealed by equalitarian slogans – can actually be fairly successful in the hands of future President Alain Juppé.

In his 2017 campaign, he will not attempt to one-up Marine Le Pen’s hatred towards immigrants from the Arab world. Yet, he has to designate an enemy.

In a country that still remembers the phantom of the “Polish plumber”, remarks such as “Poland and Hungary are abusing the financial solidarity that we show them”, “we need to establish our conditions And the willing will go with us, and the unwilling will meet a different fate” are practically a ready program for new Center Right European politics.

The resentment towards EU’s South does not resonate with the French (Romance languages, the “Mediterranean mentality”…). A multi-million Muslim community can be viciously attacked by the Front Nationale, but not by the pro-state establishment. Germany is an irritating but powerful partner, overwhelmed by its lonely role as an “unwilling hegemon”. Only one option remains: so long, suckers, we tried extending eastwards in 1989, we really did, but it just didn’t work out. And in subtext: you savages (fetus lovers, Catholic inquisitors, Russophobes, free press tormentors – delete as appropriate) get back to the wilderness of West Asia, as a great Russian poet, Joseph Brodski, christened your so-called Mitteleuropa.

It’s not just about “internal” campaign discourse to which skilled diplomats and politicians can close their ears and later sit down to pragmatic conversations after the election. Other societies of the former EU “six” and their associates are thinking along the same lines. Especially the Dutch, the Belgians, some Austrians, perhaps some Germans (but probably less so). In such a “smaller and deeper” Europe, France would be able to regain at least the appearance of its former glory. Moreover, the widely expressed frustration with the EU, the aversion to bureaucracy in Brussels or increasing “sovereign” tendencies do not mean that Western European societies have decided to return to the world before Maastricht, or even before World War II. Because these societies have numerous issues, numerous justified and unjustified claims – but they have not lost their minds to start believing that a country the size of the greater Moscow area (the Netherlands) can single-handedly negotiate consumer standards. Or that a wannabe high culture world capital (Paris) can support its creative industries – in a one-on-one match with the United States. Therefore, unless there is a series of cataclysms such as the failure of the Euro or a great wave of terrorism compared to 9/11 – there should not be any renationalization.

“A truly different Europe” is something else, provided that good company gathers. And no splurging yet – nothing the sort of a Europe-wide guaranteed income or a joint unemployment insurance, but perhaps a coal tax and a social welfare minimum, probably an infant joint army and a solid border guard. The united Europe of civilized countries, the heirs of the Enlightenment, the great historical nations – whatever you want to call them.

The beautiful, the proud, the wealthy – at least to the extent that they can sweep their local ugliness, shame and misery under the rug.

Integration among “the founding six & co.” is an attractive project not only for the bitter and often resigned 1968 veterans, but also for those center-right elites who would really like to offer the people something more than “constructive dialog”, “pragmatic problem-solving” or “compromise” – slogans that hide that they have no idea what on earth they could do, so prepare for more of the same.

Such a mildly conservative – instead of a leftist-utopian – integration is a likely direction of the changes in upcoming years.

If Angela Merkel regains an ambitious ally next year, she can start building a Carolingian Europe. The project of a “two-speed Europe”, with the Polish-British alliance leading the “looser” circle spectacularly went to pieces due to Brexit. What do we have left? We can only count on the fact that Juppé’s words “let’s recreate the European project with those who want to participate” were serious; meaning that the door for aspiring nations will remain open. And that the European politics of Law and Justice will not slam them for us forever, or push us towards the continent’s other area of influence.

In short: they really can leave us behind.

And they seem to want it more and more. Neither Bona Sforza’s forks, nor the Caracals play much of a role in this matter, since Beata Szydło’s government is generally ignoring the EU as it believes in visions shared perhaps only by Viktor Orbán. In this context, the Polish opposition has a lot to do in the upcoming years, especially locally. First and foremost, it needs to prove to the world that this government, this president and this parliamentary majority are incidental (“accidental” sounds bad) – manifesting that Poland is located not in its governing party’s headquarters, but in the public squares, streets and independent media. That it actively fights for gender equality and minority rights that were neglected in the 1990s, for the now-tarnished constitutional ethos, and finally for a solidary and satisfactory state. Because the European character of the Polish society can no longer be proven by either the willingness to imitate ready-made “Western standards”, since they are just being created anew, or the slogan about “Europe’s two lungs”, since Europe is so keen on cutting the eastern lung the hell off.