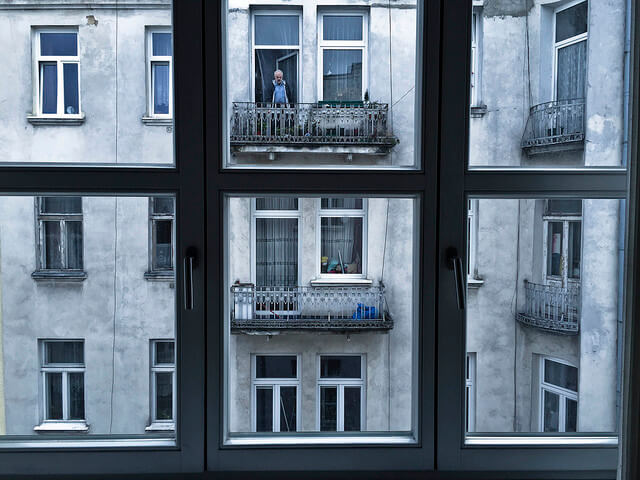 As with many conflicts in a country that is obsessing over its history and almost never reaches a binding conclusion as to who was right and when, the latest scandal that might blow up in the face of the Polish political class is also rooted in history. Here is how it began, what it lead to and how it might possibly end.

At the dawn of the accession of one-party rule in 1945, Warsaw was razed to the ground – becoming a city of ruins. One of the most intensive efforts of the Stalin-backed Polish Workers’ Party was then to rebuild it; a cause which was important for more than just propaganda purposes. There was a dire need for housing, edifices for newly established institutions and basic infrastructure. “The whole nation builds its capital” was the slogan, and the whole nation built it indeed. Additionally, at the expense of the Poles and foreigners alike who owned property, all land in Warsaw was nationalised by the decree of the then president, Bolesław Bierut. There is no unanimnity as to the legitimacy of such a move, but it’s legacy is still felt: Warsaw was rebuilt as planned, but in the process many came to feel like the victims of violent misappropriation. For decades there was little to no chance of proving that one’s land was taken illegally – at least that was the case until the 90s, a few years later after Poland had bid farewell to the Workers’ Party. When capitalism took sway, the ideological swing reversed and private property became a sanctity yet again. Then, as if mirroring the previous situation, buildings have started to change hands again and not always legally.

The media reported more cases of “cleaning” houses of (often lifelong) tenants – by the means of blackmail, vandalism or disproportionally rising rents – soon after the city’s magistrate permitted the reprivatization of the building.

For years the whole process went more or less unnoticed – the municipality of Warsaw gave some buildings back to their pre-war owners or their rightful ancestors. While the topic of so-called “reprivatization” was not absent from the media, neither was it a front-page issue. The matter was delicate also due to the fact that at least some of the people filing claims to locations scattered throughout city centre were Jewish. Warsaw’s pre-war Jewish population was numerous and they were forcefully deprived of many a shop or house during the war. It was easy then to stir up the fear of  Jews coming back to “take away” your house – there were plenty of right-wingers willing to exploit this anti-Semitic trope to their political gain during the 90s and even later. On the other hand, nobody wanted to advertise the fact of Poland giving away valuable property and often (as it turned out later) was doing so based on dubious or invalid claims of ownership.

Events took a really dramatic turn in the early 2010s with the death of an activist, Jolanta Brzeska, who many claim was murdered. Brzeska’s charred body was found in a suburban forest in Warsaw – an unlikely way to commit suicide. It also surfaced – thanks to a terrifying piece by Cezary Łazarewicz in the weekly “Polityka” that prior to her death she had complained of threats in connection to the fact the building she lived in had been recently “reprivatized”. It seemed as if the new owner – who didn’t have any connections to the actual pre-war owners of the building – resorted to unconventional methods of emptying the building of the people who lived there. Brzeska resisted by mobilizing tenants like herself and by raising complaints about the abuse to whoever was willing to listen.

The case of Jolanta Brzeska at first only attracted the attention of activist groups, anarchist circles and the local community, but it wasn’t long before the next cases of dubious transactions surfaced. Media reported more cases of “cleaning” houses of (often lifelong) tenants – by the means of blackmail, vandalism or disproportionally rising rents – soon after the city’s magistrate permitted the reprivatization of the building. The plan of many new owners was to evict as many people as soon as possible and find others who would be willing to pay more or to sell the property altogether. Many out of the people who lived there are from the poorer parts of society and rent their flats directly from the city (who were the owners of many of the buildings built on the post-1945 ruins). The law prohibits eviction in such circumstances without the municipality providing an alternative housing option first, however this rule wasn’t respected in many instances – new owners wanted to use extreme measures to get rid of people, official were not willing or able to provide new places for people otherwise facing homelessness. For years now the Committee for the Defense of Tenants (Komitet Obrony Lokatorów) has provided legal counsel for those who are at risk of losing their flat.

It didn’t take long for the reprivatizing of buildings in Warsaw to become a lucrative business. If the law would grant the possibility of claiming compensation for land only to direct descendants and will-bearers of pre-war owners (Polish, Jewish and foreign alike) the possibility of abuse would be significantly reduced. That, unfortunately, hasn’t been the case here and the law isn’t foolproof. Many people successfully reprivatized buildings with very vague proof of actually being in any way connected to the rightful heirs of owners; for example arcane legalities and a lack of official diligence from the side of authorities enabled the reprivatization of a building in the name of a person who would have been over 130 years old at the time. The whole process reeked of corruption. Soon a specialized law firm and a friendly developer company emerged as an extremely successful duo in dealing in such cases. Grounds on which schools, recreational parks and public infrastructure had been built were threatened, which lead many people to protest, fearing that come next year their kids would lose their playgrounds. Names of those in the development business, like Marek Mossakowski and Robert Nowaczyk, attorney at law, have appeared and reappeared in several cases. The latest investigative piece by Iwona Szpala and Małgorzata Zubik in the daily “Gazeta Wyborcza” points to them being connected to cases of acquiring millions in compensations from the city for claims to buildings they previously bought for sums as little as 10 euros from elderly people. Moreover, the article points to the fact that officials who were tasked with dealing with issues of reprivatization, were often beneficiaries of the process themselves and had business ties with other people who had recently acquired buildings, among them the attorney Nowaczyk.

It wouldn’t be surprising if scandals connected to reprivatization and a 50-year old law would topple the Mayor of Warsaw and deal a deadly blow to her party just a year after they lost the general elections.

City council member Jan Śpiewak from “Miasto jest Nasze” (The city is ours), an activist group operating in Warsaw, says that the reprivatization business is no more than a mafia group. He has been saying this for a couple of years now  with each new fact validating his theory. “Miasto jest Nasze” was sued by Mossakowski for a “map of reprivatization” they put online showing how much real estate is tied to a few beneficiaries of a process originally designed to give buildings back to their owners. In first instance, Śpiewak lost and the court ordered the map to be taken down, yet the Court of Appeals dismissed the ruling. The Mayor of Warsaw, Hanna Gronkiewicz-Waltz – a the vice-chief of the ex-governing Platforma Obywatelska party (Civic Platform) – says there’s no problem of “wild reprivatization” and everything is happening within the law. She’s willing to admit however that the law isn’t perfect and that she and her party were fighting to change it. However, in the eyes of many, it took way too much time (the party ruled for 8 years) to be considered a serious effort. After the recent government change, it took Andrzej Duda, the new president of Poland, to finally sign the new regulations into law. His party is a vehement opponent of Hanna Gronkiewicz-Waltz and is pinning the entire problem on her administration by suggesting that she’s a corrupted sell-out who is willing to privatize the entire city and give it away to foreign investors. In response she claimed  that many of the plans for privatization and investment in real estate in Warsaw were public knowledge for years and nobody, neither from the left nor right, protested about them at the time. The controversial justice minister, Zbigniew Ziobro- who is referred to as “a Sheriff” by many for his willingness to take the lead in politically loaded cases  – declared the investigation into the death of Jolanta Brzeska to be reopened. Additionally, the Central Anticorruption Bureau is probing into the affairs of the city’s officials. There are voices however that point out to shared responsibility – not only the two main parties PiS (Law and Justice) and PO (Civic Platform) are guilty of negligience if not outright bribery, but also the whole of the establishment and elites in the country turned the blind eye to the plight of Warsaw poorest tenants. The crime is not a single mistake here or there, but a more serious one: creation system that enabled the rich getting richer by evicting the poor, taking up their homes and gentryfing city’s centre, buying up real estate for dime a dozen, forging identities and exerting pressure on officials. It’s deep, endemic and arrogant corruption in every sense of the word.

Lawsuits are said to be piling up. It wouldn’t be surprising if scandals connected to reprivatization and a 50-year old law would topple the Mayor of Warsaw and deal a deadly blow to her party just a year after they lost the general elections. But again, should this issue be surprising in Warsaw? History affects politics every day here. Many hope however that this prolonged episode of corruption will become a part of history too, once and for all.