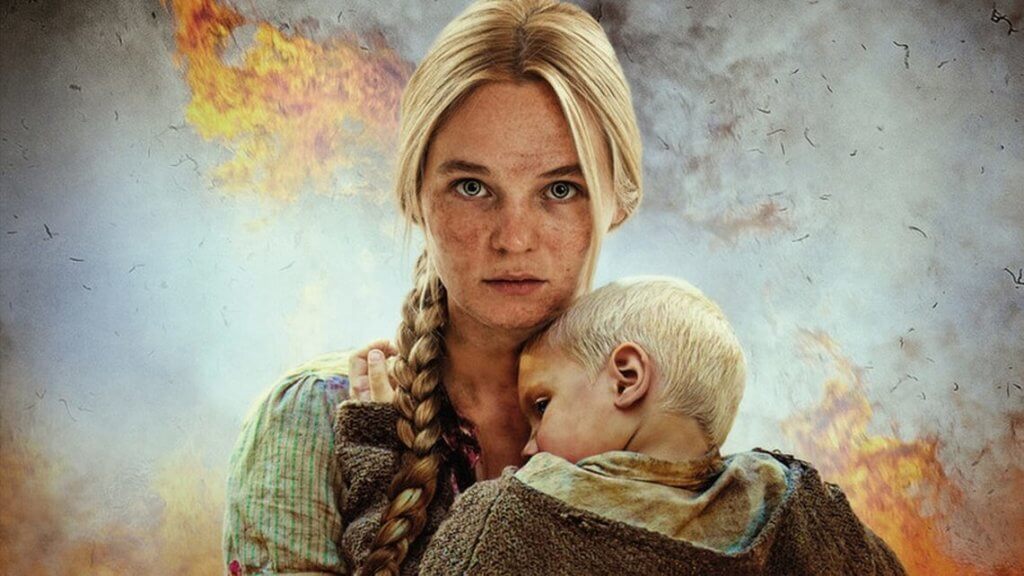 A common question within the ranks of the European Union’s diplomacy in recent years asks: “Why ask Warsaw for an opinion on Ukrainian issues, if they will say the same as Kyiv?” Indeed, since the fall of the Iron Curtain, Poland has been known for its strong pro-Ukraine stance. It was the first country to recognise Ukraine’s independence and later – no matter who was in power – it unequivocally supported the country’s European aspirations, the Orange Revolution, and EuroMaidan. Thus, the growing tensions within Polish-Ukrainian relations, exacerbated recently by the premiere of the film Hatred  (known as Wołyń in Polish), directed by Wojciech Smarzowski), come as a surprise.

As is often the case in this region, the contested issue has been historical memory. The film is a love story about a Polish girl and a young Ukrainian man in the shadow of the Volhynian (Wołyń in Polish) massacre. This massacre consisted of mass murders of Poles by Ukrainians, inspired by nationalist ideology, coupled by (on a smaller scale) the retaliatory acts committed by Poles between 1943 and 1944 under Nazi Germany’s occupation. The director made sure to highlight the nuances involved in the episode: “Good” Ukrainians and “bad” Poles are put on display, as well as the hybrid identity of the territory’s inhabitants. Nevertheless, he put little emphasis on the factors that led to the tragedy, which resulted in some critics stating that he is glorifying martyrdom from the typical Polish point of view.

The film elicited critical reactions especially in Ukraine, although few critics actually had a chance to see it. The screening in Kyiv was cancelled by the Ukrainian Ministry of Foreign Affairs due to concerns related to the “security of the viewers” (several months earlier a concert of the Ukrainian band Ot Vinta was cancelled in Poland for similar reasons). By refusing to release screenings for journalists – a common practice in Poland – the distributor did not make it any easier. One can only guess that this is related to the strategy of “holding pro-Russian journalists at bay,” as the distributor explained to the media. Surprisingly enough, the strategy has been effective; the film cannot be found in illegal distribution either.

A film showing Ukrainians as bloodthirsty fascists will surely work in favour of Moscow’s view of the ongoing conflict in Ukraine.

The attractiveness of the film for the Russian propaganda machine is one of the main accusations coming from Ukrainians. A film showing Ukrainians as bloodthirsty fascists will surely work in favour of Moscow’s view of the ongoing conflict in Ukraine and will reinforce crude stereotypes that are also present in the discourse of European media. However, as Smarzowski concluded, “there will never be a good moment” to screen this film.

Controversies have also been aroused in relation to the historical inaccuracies found in the film (in one scene murder weapons are being blessed by a Greek-Catholic priest) and that it solidifies Polish stereotypes about Ukrainians by portraying them as cruel and sadistic peasants. Moreover, it is not difficult to find in Hatred the post-colonial fantasy of Kresy – the Polish historical narrative of the multi-cultural, supposedly idyllic, eastern frontiers of the Rzeczpospolita – a territory (together with Volhynia) that was incorporated into the Soviet Union after 1945. For Ukrainians, Kresy is part of the history of Polish colonialism, as it represents centuries-long ethnic and class discrimination(s) when the Ruthenians were above all peasants, subjected to Polish or Polonised nobility, who were put under nationalist and minority rights’ movements after 19th century skids. Such subplots are only marginally mentioned – but they could have equally been omitted.

These voices have helped fuel growing xenophobic attitudes in Poland towards the increasingly numerous Ukrainian diaspora.

The Polish premiere of Hatred also fomented a huge discussion. Conservative critics sympathising with the Law and Justice (PiS) government received the film with enthusiasm. Taking up the topic of the Volhynian massacre falls into the right-wing passion of martyrish interpretations of Polish history. The pro-Ukrainian right has stressed, quite justifiably, that mutual understanding requires discussion even on the most difficult of topics. For the far-right, however, Hatred is proof of the “constant enmity” between Poles and Ukrainians. Unfortunately, these voices have helped fuel growing xenophobic attitudes in Poland towards the increasing Ukrainian diaspora.

It is worth stressing that it would be hard to accuse Wojciech Smarzowski and his film crew of nationalist sympathies. Smarzowski is one of the most interesting contemporary Polish directors. He is a tireless critic of Polish hypocrisy, greed, and dishonesty. He is the author of socially critical films and a star of the liberal media. For this reason, the sudden sympathy that Smarzowski recently enjoyed among pro-government circles has come as a bit of a surprise.

The director himself has called the film a bridge leading to reconciliation. However, the viewer, fatigued with the bloodbath, may find it difficult to believe. He also publicly declared that he opposes the use of the film for the purpose of political conflict. Thus, he refused to accept a high financial prize that Jacek Kurski, the director of government-controlled public television, offered to grant him. The left-wing and liberal critics in Poland partly share the reservations of the Ukrainians. What is more, they have noted that in their struggle against the dark pages of history that Poles should instead begin with themselves. Discrimination and a number of atrocities directed against national minorities is something few students will learn about in Polish schools. At the same time, events which are impossible to omit from history (i.e. the anti-Semitic campaign of 1968) are interpreted in Poland solely as the work of communist rule. The public debate on the darker aspects of Polish history, initiated in the last decade, will thus most likely cease to continue in such a political climate.

Interestingly, some critics see Hatred not as an anti-Ukrainian film, but as an anti-nationalist film and tribute to the victims of the bloody history of Eastern Europe. Apart from the massacre, the film also shows – in the background – Polish retaliation against Ukrainians, the German hunt for Jews, and the cruelty of the Red Army. It is also worth noting that the main female protagonist (goodhearted in an exaggerated way), has a fluid Polish-Ukrainian identity, and the nationality of the victims she helps – Jewish, Polish, Ukrainians – is the last thing in which she is interested.

Although the majority of his films are deeply rooted in a Polish context, they can be also viewed as universal portraits of people who end up in the moral gutter.

Smarzowski is known to Polish viewers as a director picturing Hannah Arendt’s banality of evil in a cruel way. Although the majority of his films are deeply rooted in a Polish context, they can be also viewed as universal portraits of people who end up in the moral gutter, stories of such evil that are impossible to justify. In the case of Hatred, Smarzowski decided to introduce more nuances to the movie to prevent its anti-Ukrainian instrumentalisation. But as we have seen, the film can be instrumentalised as one wishes.

As regards the debate centering on the film, the work itself is only a tool. The main topics are Polish-Ukrainian relations and these are clearly deteriorating. Although on the rhetorical level the PiS government remains pro-Ukrainian, this has translated less into active work in support of Ukraine. And yet for Ukraine, the Polish government, with its deepening conflict with the European Union, is increasingly a less credible partner. The bone of contention, mainly, remains the attitude towards the Ukrainian Insurgent Army (UPA). From Poland’s perspective they were above all bands collaborating with Hitler and responsible for the Volhynian massacre. From Ukraine’s perspective, they were insurgents fighting to free the Ukrainian nation from Polish and Soviet rule, heroes who set the example for Ukrainian soldiers who are now fighting in the country’s east. Both sides remain blind to the other perspective.

The common belief in Poland that Volhynia is a taboo topic in Ukraine is untrue.

Yet the common belief in Poland that the Volhynian massacre is a taboo topic in Ukraine is untrue. The event has been researched by Ukrainian historians and on the bilateral level a number of symbolic gestures were made, such as the tribute paid to the victims by Ukraine’s president in July 2016. Nonetheless, the general level of knowledge about the Volhynian massacre is limited, which is largely the result of the legacy of Soviet policy.

Unfortunately, it seems that Hatred will largely become fuel for anti-Ukrainian xenophobia, which used to be marginal but is now ever more present on the streets. At the same time, it would be difficult to expect Poles, who have heard about the events of Volhynia from family during communism, to ignore the increasing glorification of UPA within the Ukrainian historical narrative. For Ukrainians, unfortunately, it is not the best moment to settle with the mistakes of the past, and it does not seem that such a moment will come in the foreseeable future. Moreover, Poles have never proved that they could be the example to follow in this regard.

This article was originally published by New Eastern Europe, and can be accessed here.