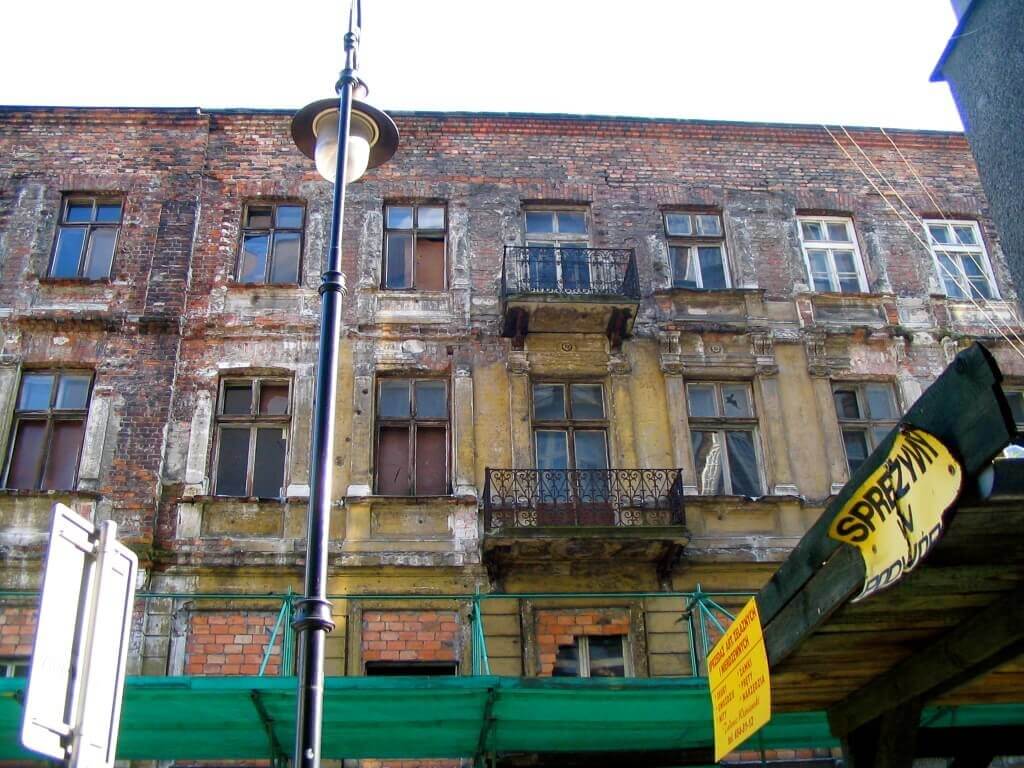 The reprivatization of buildings in Warsaw is a complicated topic, heavily influenced by Poland’s communist past. Many scandalous cases have emerged regarding reprivatization in recent years, all of which did not (and do not) follow legal regulations as required by law.

Krytyka Polityczna invited to its series, “Poland for Beginners,” Jan Śpiewak, an urban activist and Councillor at Śródmieście District Council to talk about the reprivatization of real estate in Warsaw. He highlighted and stressed several times that this topic is extremely complex. Starting with a chronology, he gave the historical background: Warsaw’s reprivatization story is a bit different than those of other Polish cities, due to Warsaw having been nearly entirely destroyed during the war – especially where the Warsaw Ghetto Uprising in 1943 and Warsaw Uprising in 1944 took place. “Even the communist regime thought of moving the capital from Warsaw to Łódź,” commented Śpiewak. The President of Poland after the war – Bolesław Bierut – nationalized all of Warsaw’s land in order to start the process of rebuilding the city, popularly known as the “Bierut Decrees.”

By the decrees, all land within the borders of Warsaw passed by operation of law to the ownership of the City of Warsaw, and subsequently the State Treasury. As for buildings situated on that land, their owners were required to file an application to establish the right of perpetual lease for a ‘symbolic fee,’ and if not given that right, were supposed to be given a compensation denominated in city bonds. However, in practice only a very limited group of people managed to reclaim their property after the war; some estimations allege that 94% of real estate was captured by the state.

Most of the cases of reprivatization are illegal because there was never a path to re-get these buildings.

The whole reprivatization process taking place throughout the last few years in Warsaw is, in fact, based on this decree that was issued in 1944. “Most of the cases of reprivatization are illegal because there was never a path to re-get these buildings,” explains Śpiewak. People back then didn’t submit the forms needed in a proper order, and didn’t fulfill the requirements. Even though there was no legal path for reprivatization, people started claiming land and property through different means. Some people bought the proof of ownership, claiming they were/are the owners of places 60 years ago.

New owners of buildings wanted to evacuate such people for several reasons, one being that these tenants had rent-controlled apartments. They used controversial and illegal methods to achieve their goal: they cut electrical and water provisions; raised rent costs; and there was even a case in which the owner took the roof off the building. Even more alarming than these illegal actions and law violations was a case of murder, which became a huge media storm.

To protest such violations, tenants started to gather and develop movements – social, political, economic – to raise public awareness, but their efforts largely went unnoticed by mainstream media. Movements gained publicity, however, when they narrowed their focus to concentrate on legal perspectives, pointing how law applies to the public space and the public good. Organized happenings continue to place emphasis on these legal aspects, so as to encourage the public to take the issue seriously.

In the video below, Jan Śpiewak gives examples of reprivatization scandal cases and how they were handled by the people and the state.

Krytyka Polityczna’s series, “Poland for Beginners” will have its next event on 25 May at 18.00. This time Mamaliga de Varsovia and others will talk about migrants making media in Poland.