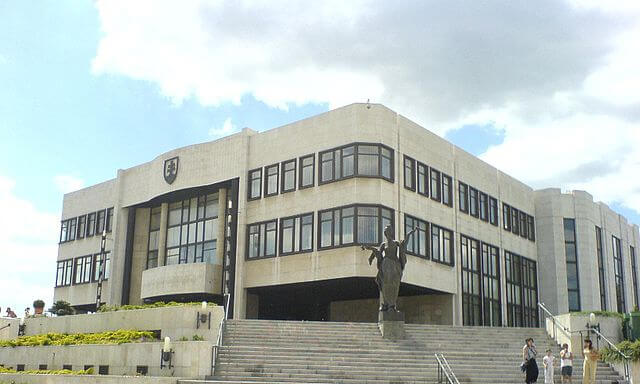 While interpretations of the results differed dramatically among experts and pundits after the March elections, one thing seemed to be universally accepted: no stable government could be formed with this parliamentary configuration and early elections would be virtually inevitable. They would probably happen after the EU presidency during which some form of caretaker government would be appointed by the respected President Kiska. This could not have been further from the truth, as we now know. Although for a brief period of time the anti-EU leader of the neoliberal party SaS Richard Sulík tried to form some far-fetched puddingstone of right wing parties with (silent) support from extremists, Fico´s new government was formed surprisingly fast. Some may say hastily, but the parties, although strange bedfellows, seem to be firmly united under the aim of staying in power for the whole four-year period. So what exactly happened?

Smer-SD was unsurprisingly supported by the nationalist Slovak National Party (SNS), the very same one that had caused uproar among European socialists (PES) in 2006. Much more surprising was the readiness of the main Hungarian minority party Most-Híd. Let’s not forget that during the 1990s these two parties were archenemies. So how should we interpret this newly found Slovak-Hungarian friendship? Maybe Slovak society after almost a century of independence from Hungary (previously part of the Austro-Hungarian Empire) finally relinquished old grudges and feelings of inferiority? Hopefully this is a new beginning, but more likely the Most-Híd party was so keen to be in power again that they were willing to make huge concessions to Smer and SNS. Just a few weeks earlier, leading members of the party proclaimed that they will not be part of a government where Robert Fico is Prime Minister and Róbert Kaliňák is Minister of Interior, citing corruption scandals. Fico is still Prime Minister and Kaliňák Minister thanks also to their votes. Therefore, it is probable that economic interests played the upper card over politics and personal dislikes. It has been widely discussed in the Slovak press that the main financial supporter of Most became impatient and exerted pressure on the party leadership. There have been such incidents in the past and some oligarchs even boast calling themselves “owners” of parties. On the other hand, it has to be said that the leader Béla Bugár was the only senior opposition figure to openly reflect on the possibility of forming a coalition with Smer.

There is very little doubt that the current coalition will last the whole four-year term. The real question here is if it will be under Robert Fico´s leadership.

The fourth and most junior coalition member called #Sieť (hashtag included) is the most curious one. The party started to fall apart just days after the elections, three MPs left within a week. Its leader Radoslav Procházka, lawyer and former rank-and-file MP for the Cristian Democrats (KDH), made a name for himself when running for presidency against Robert Fico 2 years ago. During the campaign he was not exactly considerate, making accusations both against Fico individually and the Smer party as a whole. When considering the fact that the party got only a single cabinet position, it is not far-fetched to assume that the decision process was based less on the stability and well-being of the country which was given as the official reason for the u-turn but more on their ability to repay the astronomic debts amassed during the long and failed election campaign.

What will the government be about?

There is, for the reasons mentioned above, very little doubt that the current coalition will last the whole four-year term. The real question here is if it will be under Robert Fico´s leadership. Following serious heart surgery, he will not be able to assume his full responsibilities and duties for several months. Furthermore in the past he repeatedly stated his intentions to leave active political life in the foreseeable future. Many saw his candidacy for President, a de facto formal position, in 2014 as this exit strategy, which obviously did not work. Concurrently to Fico´s hospitalization the competencies of his deputy and former parliament speaker Peter Pelegrini, who was nicknamed “crown prince” by some analysts, are being increased in an unprecedented manner. It is therefore quite apparent who could replace him, although not without a serious internal power struggle that could potentially have unintended external effects.

All of the coalition parties are in a complicated situation as Smer is social-democratic, SNS right-wing conservative and up to a point protectionist in economic matters, Most-Híd is right-wing liberal and #Sieť is a mixture of all of this with a bit of Christian fundamentalism added.

When it comes to policy, it will be very unlikely for the new government to come up with any surprises. Most of the same old is the strategy here. All of the coalition parties are in a complicated situation as Smer is social-democratic, SNS right-wing conservative and up to a point protectionist in economic matters, Most-Híd is right-wing liberal and #Sieť is a mixture of all of this with a bit of Christian fundamentalism added. While the previous Fico government was hardly progressive in rhetoric and socialist in actions, there were at least minor but much needed alterations in social security, health care and employment areas. Nothing like that is to be expected from the current government. Most-Híd and #Sieť have became targets of hysterical hate speech campaigning from right-wing pundints and bloggers. This occured since the moment when they started negotiating with Smer and were marked as “traitors” for joining the coalition. Risking the anger of the electorate and chronically right-wing media with “leftist experiments” is not even on the table. As someone smart said a long time ago, politics is the art of the possible and the best possibility to create the government in Slovakia is after the elections on the 5th of March. When compared to the situation in Poland, Hungary, and the probable situation in Czech Republic after the next elections, it could be even argued that Slovakia has the best government in Central Europe.

Where is Slovakia heading?

Everything depends now on the formation and performance of new parties. It is not a secret that the still popular president Kiska is planning to create a centre-right party with one of the richest people in the country, and one of the very few who is not actually a crook, before 2020 elections. It is without question that it will have an effect on the political scene; if this will result in a strong election result however remains to be seen. Former parliamentary opposition was a laughing matter, in four years of a one-party government, they were not able to capitalize on Smer‘s decisions and mistakes. Two of the parties did not even make it back into Parliament. The current opposition is a completely different beast. It is a dangerous combination of eurosceptic laissez-faire neo-liberals and xenogophic populists good at self-promotion.

The biggest threat however is the openly (legal due to a obscure loophole in the law) neo-Nazi party Kotleba-ĽSNS. If the party (named after its leader), holocaust denier and local governor, Marián Kotleba, will be able to maintain its voter support above 5% and become elected again in 2020, Slovakia is in serious trouble. This is however not for certain as so-called “one hit wonder parties” are common in the Slovak political landscape. Voters experiment and migrate, from communists to Nazis and from liberals to conservatives, depending on the current mood of disregarding any party or even ideological affiliation. The window of opportunity for a progressive, left, pro-European and liberal narrative, as opposed to the “turbo” capitalism which created all the social issues that Kotleba and the other populists are so successful to present themselves as an alternative to, is however closing very fast.