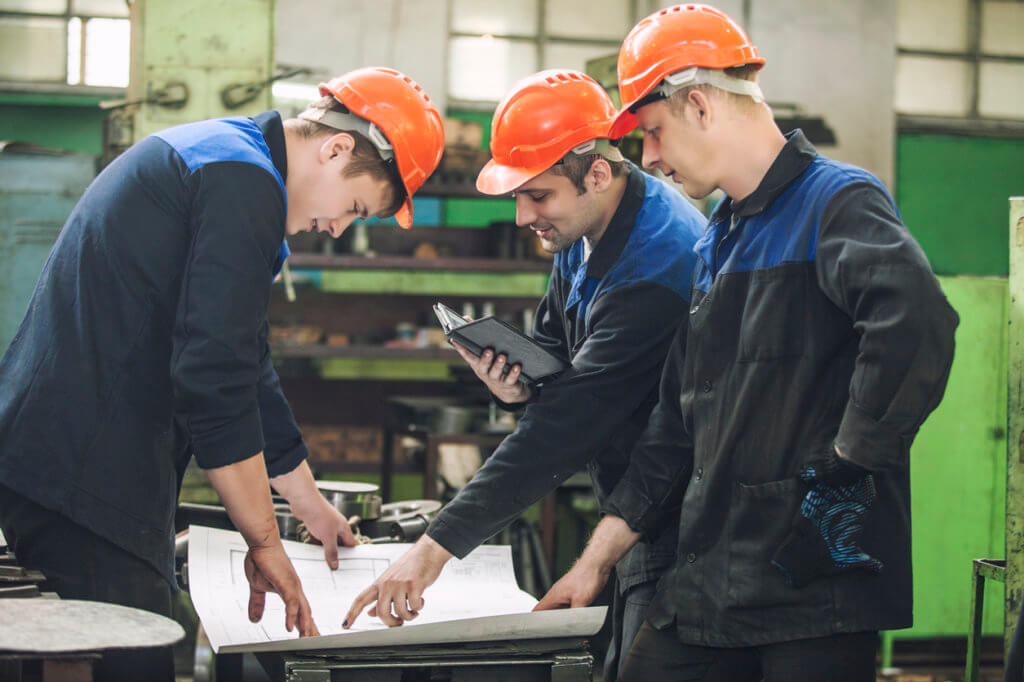 More and more Slovakian companies continue to be established in European markets, procuring commissions, signing contracts, and sending their employees abroad to work. In 2014, more than two million employees within the EU were posted abroad – 0.7 percent of the total labor capacity of the Union. This number keeps steadily increasing and is especially apparent in Slovakia, where more than 80,000 citizens work outside the country, while employees from other countries posted in Slovakia number less than 8,000.

Evidently, Slovakia is a country that sends out far more workers than it receives. Foreign postings are being used in the construction of businesses, services, and industries, sectors mainly occupied in the (dis)assembly work, laying foundations, renovating and construction, installation works, and in repair and maintenance fields. The most common destination for Slovakian companies’ employees who are posted abroad are the Czech Republic, Germany, Austria, the Netherlands, Belgium, and France. On the flip side, Slovakia mostly receives workers from Romania, the Czech Republic, Hungary, and Germany.

Posting or a business trip?

Posting employees abroad was ratified by Slovakian law upon its entrance into the EU in 2004, and thus it can hardly be considered to be a new issue. What is an issue, however, is that employers often mistake abroad postings as business trips. But there is a large difference between posts abroad and business trips, namely in the case of a business trip, employees work for the benefit of his employer, whereas an abroad posting means an employer provides a service to a recipient using his employees.

When it comes to a posting abroad, the employer has to fulfill considerably more conditions.

Thus while we can safely consider a meeting or a lecture a business trip, in the case of posting abroad it is obvious that the employee works for the benefit of a foreign employer. And it should be noted that it was much simpler and more advantageous for the employer to send his employee on a business trip: It was quite enough to pay for meals, work expenses, and overtime (and so on) according to the already existing contract. But when it comes to a posting abroad, the employer has to fulfill considerably more conditions.

According to the current legislature, the employer is obligated to sign a written agreement with the employee and inform them about work conditions in the destination country, including the salary. They are also obligated to fulfill the conditions of the so-called “hard core” – working hours, vacation, minimum wages, overtime, etc. These conditions are managed by law or through a collective contract in the destination country.

What this means in practice is that a Slovakian employer has to pay an employee posted in France the standard French minimum wage for their field of work, as well as further benefits according to French labor laws. In case of sending an employee to a country where the payment and work standards are lower than in Slovakia, the employer is obliged to provide better conditions. Apart from forcing the employer to dig deeper in their pockets, this directive is often viewed negatively by the employee’s colleagues – those who could not travel abroad to receive a more advantageous position.

For the employee, though, the legislature means a more comfortable stay, something that should be treasured especially during long-term assignments. Currently, the maximum length of a posting is two years and two months, after which a passing time is needed in order for the employee to accept another posting abroad. While abroad, the employee still pays into the Slovakian social security system so as to avoid any possible future problems regarding foreign retirement systems when they retire.

In the case of violating the ban on illegal employment, Slovakian law enforces absolute objective responsibility without the option of exculpation.

A foreign employer planning to send their employees into Slovakia now has to send information regarding themselves, the nature of their work, and details about employees to the National Labor Inspectorate (NIP), which can now enforce stricter rules. They also have to retain all documents regarding the contract, wages, and time spent working in the abroad location. This is meant to hinder Slovakian companies from stealthily employing people who come from a different European country.

In the case of violating the ban on illegal employment, Slovakian law enforces absolute objective responsibility without the option of exculpation. A Slovakian business must not accept work or a service provided on a contractual basis by a foreign business if the service is provided by an illegally employed person. Should that become the case, a severe sanction would fall on both the foreign business and the Slovak entrepreneur.

Adopting the directive into Slovakian law has resulted in the establishment of more accurate definitions and defense mechanisms for employees. The directive strengthened the system of checks, competence, and information requirements between employers in Slovakia and abroad, as well as strengthening the inspection of institutions and/or job placement agencies. Should a foreign employee posted in Slovakia believe that his interests were affected and the conditions of their posting unfulfilled, they can voice a complaint to the inspection institution or turn directly to the courts. And if a job placement agency’s services are utilized, and should a foreign employer fail to pay an employee in Slovakia on time, the agency is then obligated to provide payment in order to protect the interests of foreign employees posted in Slovakia.

An employee posted from a V4 country in any Western EU member state currently makes more than he would at home due to minimum wage in Western and Northern Europe (which his employer is obligated to pay) being higher in those European regions. This results in a considerably higher monthly income than would be received at home, since actual wages approach more towards the average rather than the minimum.

Should Slovakia continue in this direction, it would only result in precarization of the work of employees and citizens.

This is important for employees in abroad postings who may find themselves in a situation where they were paid the exact minimum amount for the country and field of work in which they were posted. But this is only a reflection of the rule of law, nothing more; whereas some employees are comfortable with this – after all, they still earn more than they would working back home – it is still less than the amount a “regular” employee from the host country would receive for performing the same job.

The European Commission proposes to make changes that will force employers to pay the same amount to a foreign employee as they would to a “regular” one. In short, same pay for the same work. This bill, however, was introduced before the transposition of the 2014 directive regarding the enforcement of the directive 96/71/ES – which is specifically about posting workers abroad – and thus introduced before any sort of revision could be made.

Eleven parliaments of EU member states sent the Commission their responses, in which they stated that the proposal to review the directive for posting workers abroad violated subsidiarity principles. This kicked off the yellow card process. But today, Slovakia, under the pressure of unions and many other institutions, is considering changing its stance and withdrawing the yellow card.

The new member states that came up with the yellow card did so due to concerns about the free movement of services eliminating advantaged countries with lower wages from the labor market. Slovakia, as well as the rest of the V4, has based its market strategy on its lowest wages for years. Today, however, it is next to impossible for a European country to remain competitive due to Asian countries using the same strategy, as is especially the case with the economic giant, China. Should Slovakia continue in this direction, it would only result in precarization of the work of employees and citizens.

Just how much of a company’s income goes into wages?

While developed countries like France, Britain or Germany boast an above average participation in wages as concerns GDP – currently at 52 to 55 percent – and company income is at around 39 percent, these numbers are reversed in Slovakia: The wages part of the GDP has dropped since 1997 from 43 to 37.5 percent, and company income went up from 48 percent to 54. Thus, the profitability of Slovakian companies grows far faster than the wages they pay.

When will the representatives of countries that entered the EU in 2004 and later realize that it is absolutely necessary to change the way our economic development is moving?

All of the V4 countries are now skirting around the edges of this so-called middle-income trap. The combination of gradual increase in productivity and the low-expense labor model keeps forcing the living standards of citizens to continually lower towards the ground, taking the people’s physical and mental health down simultaneously.
The clash between the rhetoric of protecting our companies and our economy by keeping labor cheap, and the rhetoric of international protection of laborers against social dumping, is a conflict of nation versus class. When will the representatives of countries that entered the EU in 2004 and later realize that it is absolutely necessary to change the way our economic development is moving?

This text originally appeared on Poleblog.sk. Translation by Michal Chmela