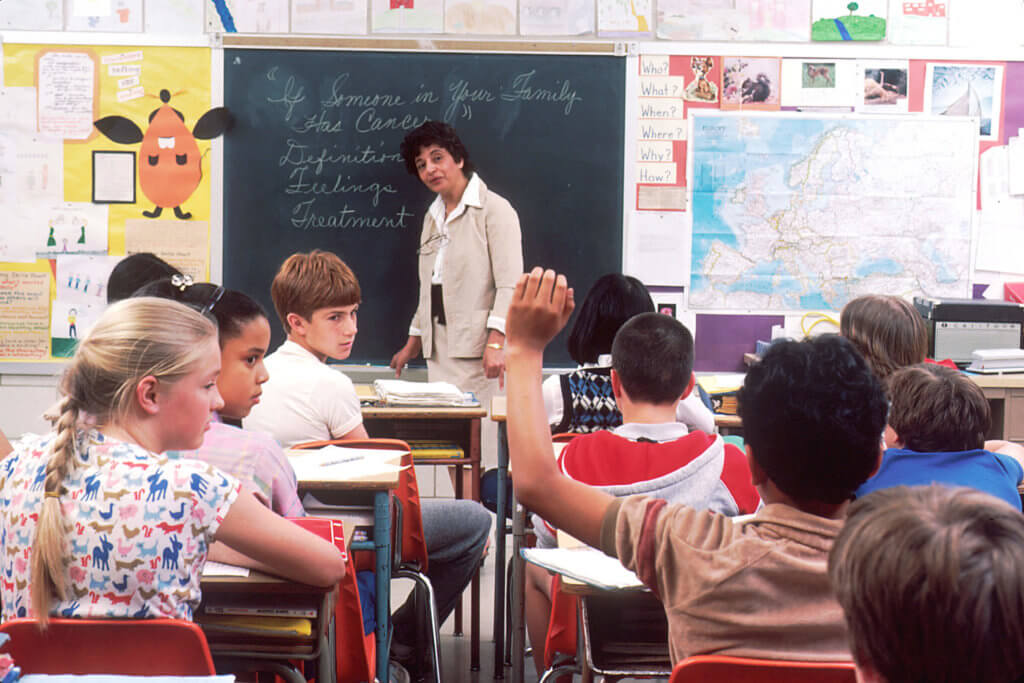 According to Slovakian media sources, the Slovakian Minister of Education Peter Plavčan approved a proposal put forth by the State Pedagogical Institute (ŠPU) to increase the amount of compulsory history classes for secondary school students to two lessons a week.

The Institute’s chairman argues that: “The composition and extent of classes has to respond to the current social situation; this change is part of a strategy in the ongoing fight against extremism, because the extra classes will serve to raise awareness on these topics.”

While I agree that the political preferences and priorities of grade students (as they have been surveyed multiple times) is an important issue, and I firmly believe in the potential of teaching humanities in elementary and high schools, I am very sceptical regarding the efficiency of this measure. In the following text, I shall try to introduce several reasons why, to hopefully help at establishing a discourse about the relationship between education and so-called “right-wing” extremism.

A Lesson in Lessons

The proposed change will become legally binding as soon as it is officially implemented, and will determine the time allocated to the various classes taught. Currently, the time allotted to history in secondary school is six classes; meaning a lesson a week for four years and two lessons a week for one year. Apart from this, each school has a certain amount of “free” lessons that it can use to increase the time allotted to a certain class. Schools can even create their own classes with content that meets their needs. Most schools in Slovakia currently teach two history classes a week, as with, for example, at the 9th grade level.

A mandatory increase of history classes will be at the expense of other classes, which will inevitably be  reduced.

History lessons at the 9th grade level deal with the 20th century and topics most relevant to extremism: dictatorship, racism, the world wars, the inter-war period,  and globalization, and all parts of Slovakian history considered naturally relevant. Perhaps the ŠPÚ intends to fight extremism while teaching students about other periods, such as the Bronze Age, the Middle Ages, or the Age of Discovery. There is nothing wrong with this but I am unaware of any methodology that would help teachers do it. Should a mechanical, mandatory increase of history classes take place, it will be at the expense of other classes, which will inevitably be  reduced, unless this change also brings an increase of mandatory time spent in school, which is doubtful.

Think of the Teachers!

Recently, the topic centering on the chronic problem of Slovakian education and its teachers has been a main discussion in society. With all due respect to educators, I  still must ask some unpleasant questions: Can we really expect every teacher, with good faith, to be democratic, as well as for them to uncompromisingly advocate human rights? And can we expect the same of as regards the progressive development of society?

History lessons in schools are often taught by thoroughly unqualified teachers who use the classroom to waste their working hours.

The media has shown multiple examples of schools using suspicious materials, usually with regards to conspiracy theories; fascist teachers and incompetent lectures provided by quasi-paramilitary organizations are cited. Marián Kotleba, MP and leader of the fascist LSNS, was formerly a teacher, and when employed his headmaster allowed him to keep his position for years, even though he had started preaching his political opinions. And so history lessons in schools are often taught by thoroughly unqualified teachers who use the classroom to waste their working hours. There are,  however, some good history teachers involved who can positively impact their pupils (as in any other class).

Tools of the Trade

In addition to teachers, pupils, and various didactical aids, textbooks are just one of the many elements that shape the contents of education. Given the situation in Slovakian education, however, we cannot afford to underestimate their influence. New textbooks for grade schools are being published by Matica Slovenská, an organization well-known for, amongst other things, its aggressive nationalism and the defense of the Slovakian State, which was also the Nazi establishment that ruled during the Second World War. One of the makers of these history textbooks is the controversial historian Peter Mulík, who tried to get elected to a fascist party and openly adores the Slovakian State and its president, Jozef Tiso.

New textbooks for grade schools are being published by Matica Slovenská, which was the Nazi establishment that ruled during World War II.

Among the authors there is also Róbert Letzo, who has written a high school textbook that’s been criticized for manipulating information and skewing historical facts, while attempting to absolve Jozef Tiso of all responsibility for crimes committed during Slovakia’s Nazi-era. While his new textbook – intended for the 9th grade level – is yet to be published, I assume we have a lot to look forward to.

While many relevant and interesting didactic materials have been put out over the years by various institutions and foundations (such as CVEK, M. Šimečka Foundation, The Jewish Museum, and The Museum of SNP), their distribution has failed to attain any degree of efficiency. This is because they are simply not in circulation, and have never gained enough recognition amongst teachers.

As a matter of fact, there is already a class much more suited to dealing with the issue of extremism and phenomena to it: civics. The contents and aims of this class, as stated by the State Pedagogical Institute, are both interesting and sufficiently define terms broadly enough for adaptation. But there is no point in looking for the fight against neo-Nazism and racism in the state education program; civics classes are low quality. They suffer from a low distribution of textbooks and unqualified teachers even more-so than do history classes. A quantitative solution, like increasing the number of lessons, would not solve anything.

I can see a lot of room for improvement here, starting with quality, peer-reviewed didactical materials written by teams of objective experts (ideally multiple ones, plurality would not hurt), which then would be complemented with training courses for teachers. But can we really expect this from the Methodical-Pedagogic Center, which is already in dire straits and fails to provide even a basic function?

The education system and its students do not exist in a social vacuum.

The education system and its students do not exist in a social vacuum. What can a school do when even the highest echelons of the State’s political representation advocate racism against the Romani, the end of political correctness and gender ideology, and support ethnical and religious hate, instead of nurturing its citizens? The issue needs to be viewed in a much wider context and the responsibility for it needs to be accepted by politicians, many of whom, unfortunately, support tendencies toward hatred in society in their perpetual chase after approval ratings.

Given the arguments presented in this text, I fully expect the change announced by the ŠPÚ and the Ministry of Education to have no effect whatsoever. It is, once again, only a purely instrumental political measure intended to show some activity towards solving an issue that desperately needs addressing. I am fully supportive of a serious and honest expert initiative to deal with the rise of extremism,. But in light of the evidence provided in this article, I cannot agree that a quantitative increase of history lessons is the correct path to take in addressing these issues.