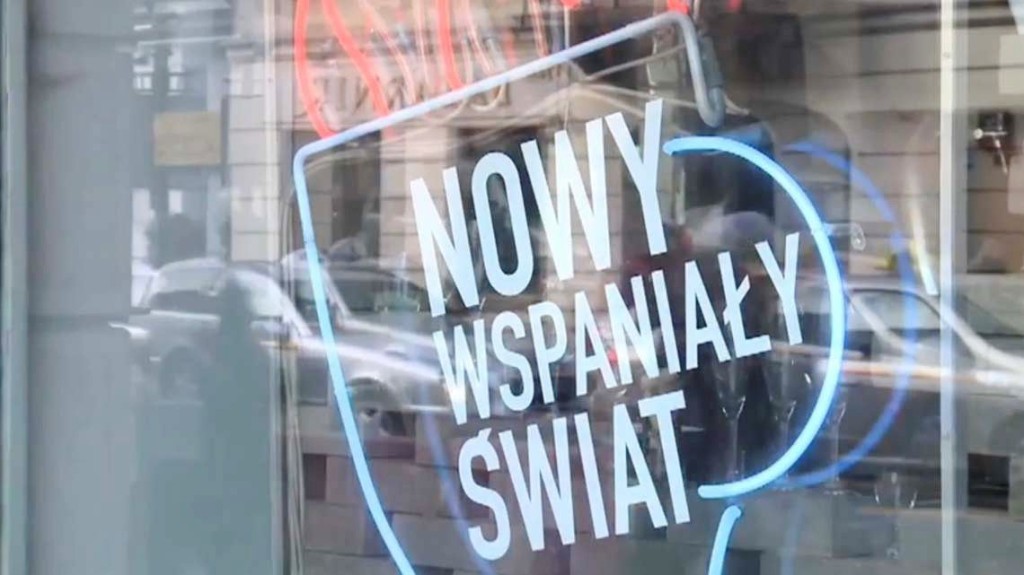 [dropcap]T[/dropcap]he film is an attempt to sum up the first years of activity of Krytyka Polityczna (a circle of Polish left-wing intellectuals gathered around a journal of the same title) and a community centre led by them and called ‘Nowy Wspaniały Świat’ (‘Brave New World’). Established to inspire Polish intelligentsia circles, the left-wing publishing house won some opponents in the process. The everyday reality of Krytyka Polityczna is focused on artistic events, concerts and meetings with distinguished intellectuals. Additionally, there are disputes with city officials and attacks by right-wing circles, which need to be handled.

Brave New World Cultural Centre was a place of artistic and academic meetings, film screenings, and space for social and cultural projects. It was also a book store and a cultural café. Open meetings and discussions were a means for reaching one of Political Critique most important ideological aims – abolishing boundaries between science, art and politics.