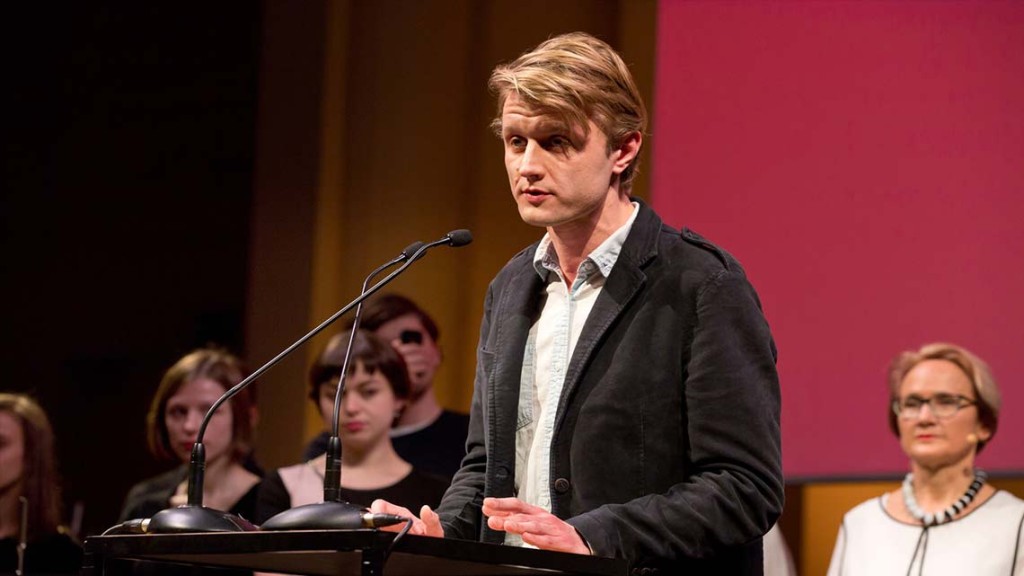 ECF President HRH Princess Laurentien will deliver the opening speech at the ceremony at BOZAR—the Centre of Fine Arts—in Brussels. The award will be presented by former ECF President, HRH Princess Margriet of the Netherlands, in whose name the award was established in 2008.

About the Laureates
The international jury agreed unanimously to offer the 2015 edition of the award to two courageous initiatives based in Athens and Kiev. Both of these collectives are focusing on building the public sphere, creating sorely needed open space for artistic imagination.

The Athens Biennale has re-imagined the model of the art biennale as a collective space for cultural debate and grassroots organising in contemporary Greece—encouraging wider civic engagement and solidarity locally and internationally. The most recent biennale in 2013 was organised in the format of anagora for contemporary times. The biennale took an innovative collective curatorial approach that breaks radically from a consumer-oriented model of exhibition-making, demonstrating the power of self-organisation and building common ground through culture.

The Visual Culture Research Center was founded in the Ukraine capital of Kiev in 2008 as a platform for collaboration between academics, artists and activists and is making an unprecedented contribution to the regional cultural debate. Led by a dynamic and engaged group, the centre connects diverse audiences from Ukraine and beyond, helping to develop a more complex understanding of how art and critical cultural thinking can equip us with skills like open-mindedness and imagination that are so vital to a progressive democratic society.

By choosing to honour these two laureates, the jury is sending a strong message to independent cultural initiatives across wider Europe that are showing us how transformative culture can be, even in the most challenging political and economic circumstances:

“From Europe’s most fragile borders, facing unforeseeable futures, Visual Culture Research Center and Athens Biennale courageously show us how culture can be a means of solidarity and common ground that create tangible alternatives to the economic and political conflicts of our time.”
–Chris Dercon, Jury member, Director, Tate Modern

The award ceremony will be preceded by a conversation with the laureates about their work, moderated by London-based theorist and writer Massimiliano Mollona. This conversation will reflect on situations of crisis and the way their cultural practices are a means for rethinking Europe’s public sphere from its so-called peripheries.

Special guest speakers of the day will include Polish curator and Artistic Director of documenta 14,Adam Szymczyk, and Austrian curator and head of tranzit.at, Georg Schöllhammer.

Diverse ECF Princess Margriet Award for Culture laureates from previous years—ranging from the late cultural theorist Stuart Hall to artists Dan and Lia Perjovschi—have inspired radical change in the way citizens engage with Europe as a shared cultural space. Their exceptional work in such varied fields as the visual arts, music, cultural activism and media culture transcends traditional boundaries and contributes to the formation of a revitalised social landscape.

About the European Cultural Foundation (ECF)
ECF has been a staunch supporter of culture in Europe for the past 60 years, believing that culture engages people and can inspire them to solicit new approaches to established concepts of democracy. ECF considers the power of culture to be an essential component in the creation of a more open and inclusive Europe. In her capacity as ECF’s President, HRH Princess Laurentien of the Netherlands is an active proponent of ECF’s mission.