Antonio Negri is an Italian Marxist sociologist, scholar, revolutionary philosopher and teacher. He is most well known for his groundbreaking work Empire, which was wrote with Michael Hardt. Antonio Negri is influenced in great part by Karl Marx and Benedict Baruch Spinoza. Antonio Negri was a founder of the group, Potere Operaio (Worker Power), in 1969 and was an active member in the group Autonomia Operaia. Antonio Negri was arrested in 1979 due to his relation with the Autonomy Movement. While in prison in 1983, only four years after his arrest while he was still awaiting trial, Negri was elected to the Italian legislature with the Radical Party. He was then temporarily released and escaped to France for 14 years. While in France Antonio Negri taught philosophy courses at the Université de Paris VIII (Saint Denis) and the Collège International de Philosophie, which was founded by Jacques Derrida. During his stay in France, Antonio Negri was active amongst intellectuals. In 1997 he returned to Italy to serve the end of his sentence, he remained imprisoned for another six years. Many of his most influential books were published while he was behind bars. He now lives between Venice and Paris.

Lecture „Beyond the Public Sphere. Towards the Common” by prof. Antonio Negri is co-organised by Krytyka Polityczna in the framework of international cycle of debates „Challenges to Europe’s key values, and the Future of Europe” in collaboration with Time to Talk Houses for Debate European Network.

Antonio Negri will also held a seminar „Beyond the Public Sphere. Towards the Common” in Polish Academy of Science (PAN) moderated by dr Ewa Majewska in collaboration with Igor Stokfiszewski. 9. October 2015 at 2:30 pm. We invite also for seminar “The Common. For a Feminist Analysis” held by prof. Judith Revel the same day at 12 pm. In order to participate to  seminars please send e-mail to: [email protected]

This event is a part of the “Public Sphere and Art” seminar, conducted by dr Ewa Majewska at the Graduate School for Social Research (GSSR) at the Institute of Philosophy, Polish Academy of Science (PAN) in Warsaw with the generous support of the PATTERNS Lectures Grant (WUS Austria i Erste Stiftung) for the years 2014-2016 in collaboration with: Krytyka Polityczna and the journal “Praktyka Teoretyczna”. 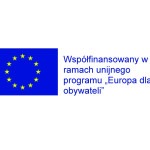