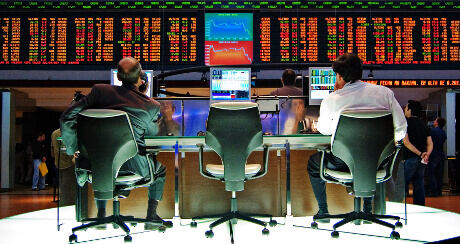 The debate “What are the merits of economic contraction, is degrowth the way forward? The pros and cons of economic growth” will take place at 6 Leopoldstraat, Brussels. Entry is free, but reservation is recommended (see below). The discussion will be in Dutch and a live stream from Brussels will be provided on the TTT homepage. English-language video highlights will be provided for non-Dutch speakers post-debate.

In the last few years, the financial crisis and climate change have led more and more people to question the primacy of economic growth. Proponents of degrowth advocate a totally different sort of economics and a complete change of mentality. They seek an end to the prioritisation of economic growth, state that we need to produce and consume less and that that which we do produce should be sold as close to source as is possible. For the proponents of degrowth, it’s time to see an end to the environmental excesses of our consumerist society.

Of course, degrowth is controversial and the movement has come in for criticism. This debate will look to analyse that critique, asking questions such as:

– how realistic is the degrowth scenario and what would the economic policy required for its implementation look like in, for example, Belgium and the Netherlands?

– and, would the continued existence of a European Union be conceivable, were that union to be comprised of member states which had renounced the primacy of economic growth?

Brent Bleys will start off the evening with an introduction to the key principles of the degrowth movement, before he, Marius de Geus and Geert Gielens look in more detail at the practicality of the proposals on which degrowth is based.

A live stream of this debate will appear on the Time to Talk homepage on the evening of the 19th April and links to the ticket reservation in Brussels can be found below.

Brent Bleys – Economics Lecturer at the University of Gent, Belgium

Marius de Geus – Political Philosophy Lecturer at the University of Leiden, the Netherlands