TRANSEUROPA is a transnational artistic, cultural, and political festival organised by European Alternatives since 2007. In the past decade, TRANSEUROPA has attracted thousands of attendees and active participants through a decentralised event structure in over a dozen European cities and a high profile moment in one city. For the 2017 edition, Convergent Spaces, the main city for TRANSEUROPA is Madrid.

A glance over the past ten years suggests that, at the level of political institutions, the energy for renewal has been lacking. We have witnessed how the democratic crisis at European level is a counterpart of the democratic erosion that is presented at the national level: state political institutions do not have the capacity to address the economic, political, social and cultural issues that we face, either because they have voluntarily renounced a certain sovereignty in the process of European integration, or because in a globalised world, they no longer have the capacity to influence the global trends that affect people’s lives.

At the same time, a grass-roots politics of contestation and civic invention has been spreading across the continent. European Alternatives has been at the centre of it, networking the dispersed elements of this renewal. TRANSEUROPA’s unique approach establishes a temporal transnational space for making these dispersed elements visible across Europe. These elements work daily at the local level to imagine and to put into practice new forms of doing politics and art at a transnational level. 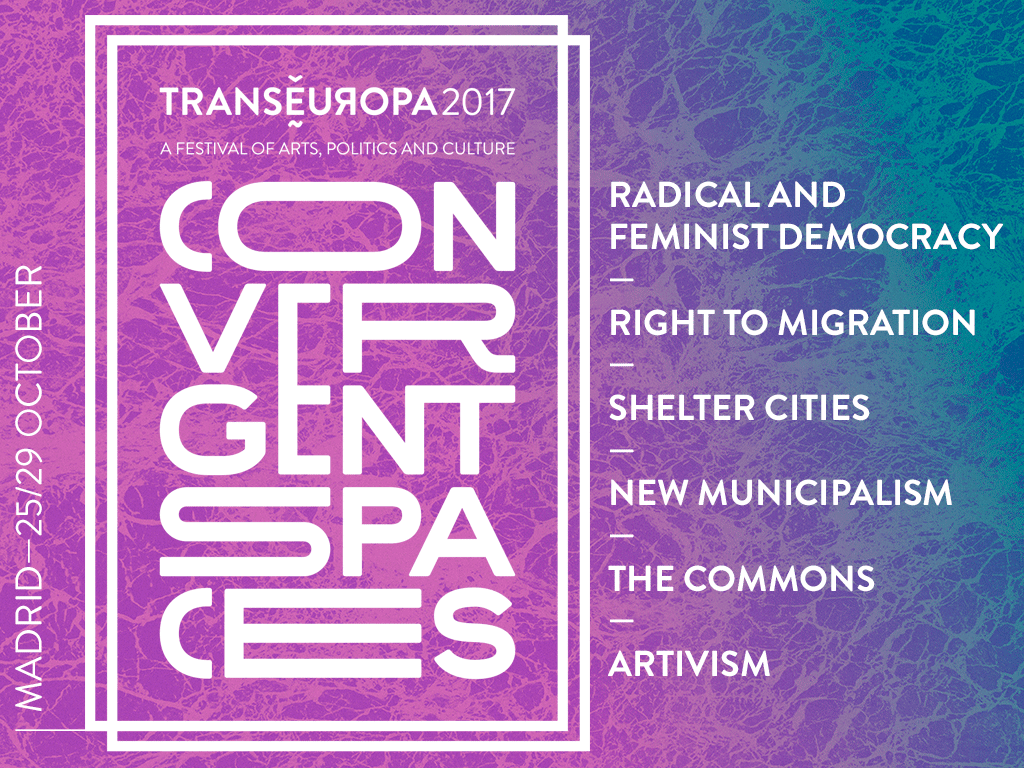 The main goals of TRANSEUROPA are to provide an innovative, transnational and open format of cultural and political debate; foster exchange, cooperation and mutual support between the participants, and serve as a point of convergence for political, artistic and civil society actors. It runs over five days and covers three main thematic (Europe as a refuge, Cities of Change, and the Commons) through a mix of formats ranging from lectures, participative workshops, artistic interventions, performance, cinema, music, and political debates.

We think it is time to open spaces for dialogue and exchange for the creation and improvement of the social, political and artistic reality that is being built in Europe. There are many new dynamics at the local level that work to produce political change outside and inside the continent borders. Movements that from the cities and towns, from the citizens initiatives and platforms, the feminist and LGTBIQ + groups, are working to reach the Europe of tomorrow, and that demonstrate that a real change can only happen through a renewed political vision beyond national boundaries.