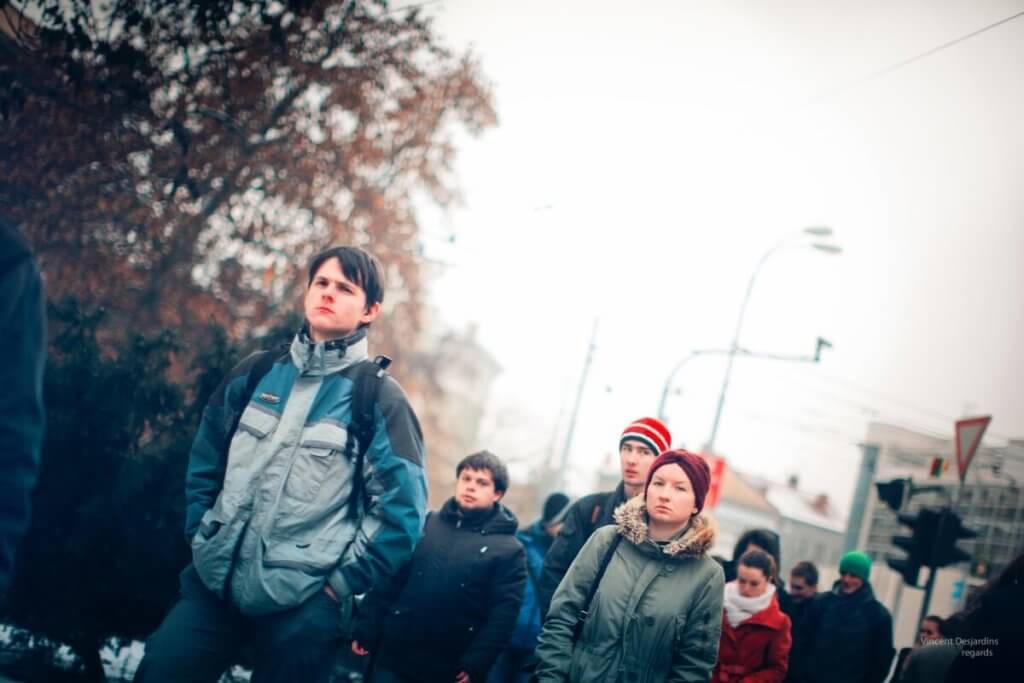 “No one knows anything, because not even the politicians know a thing, let alone employers.” This succinct characterisation from a Czech who had until very recently been working in the UK pretty much sums up the situation workers not only from the Czech Republic face in post-Brexit Britain. If one of the ideas behind Brexit was to reduce the excessive amount of bureaucracy piled on Britain from Brussels, now residents of the British Isles can either rejoice or despair over the seeming lack of clear rules and regulations governing post-Brexit realities. This of course doesn’t concern just British citizens who voted to leave the European Union last June, but also those who didn’t get a chance to take part in the decision, for whom it affects most: European workers. Amongst them are a number of Czechs. So what are they thinking, now that they are faced with the certainty of Britain leaving the EU and a “hard Brexit” scenario, with strict immigration and labour rules ever more likely, if Theresa May confirms her role as Prime Minister in the June general election?

Czechs have been a somewhat overlooked group in discussions of migration to the UK. In the hysteria surrounding Eastern Europeans allegedly taking both British jobs and benefits during the referendum campaign, the spotlight was on Poles, Romanians, and Bulgarians. This is largely due to the fact we are not talking about particularly large numbers: according to the UK Office for National Statistics, there are about 50,000 Czechs living in the United Kingdom – though the Czech Embassy estimates this to be up to 100,000. We spoke with a number of them, from diverse backgrounds and in a variety of qualified and unqualified jobs. Their experiences are not necessarily unique, but speak to wider issues faced by workers from all over the EU these days.

Employers mostly remain unclear on what will happen to their EU workers; their approach largely differs case by case.

One of the main issues of concern is a lack of clear information. In the absence of any official guarantees for EU workers already residing in the UK, Czechs can turn to their (often equally uncertain) employers, or can seek information from official channels. The Czech Embassy in London has compiled a regularly updated Q&A page, where it encourages those eligible to apply for a residence permit in the UK. Until the two-year negotiation process is up, they reassure that the status of Czechs will not change.

In the meantime, employers mostly remain unclear on what will happen to their EU workers, though their approach also largely differs case by case. For Czechs residing in Scotland, reassurance seemed to be more forthcoming from their employers than for those in England, probably due to Scotland’s generally more pro-EU stance. These reassurances happened either informally, or in the case of one company (with ownership within the EU) even in writing: “When the results of the referendum were announced last June, within a week our main manager sent us a letter saying that if we are from Europe, we should not be afraid, that nothing will change for us and we will continue to be employees.”

Such a gesture is, however, not entirely common, and the responses of employers also differ widely according to the level of qualification of their workers. Not surprisingly, managers insisted to highly specialized and qualified employees that they are personally valuable to their company. One worker in the financial sector reported that his firm had called together an informational meeting for European employees and offered legal advice. For workers in less specialized fields, the situation remains less reassuring: they mostly only discussed Brexit with their colleagues, but heard nothing from their bosses. On the job, several respondents mentioned, they approach the future with humour, and the status of EU workers has mainly become something to joke about – in good British tradition, as one respondent added.

Not many Czechs are panicking about leaving the UK. They seem to have internalized the notorious British maxim Keep calm and carry on.

Too early to leave

Yet not many are panicking about leaving. Rather, Czechs in the UK seem to have internalized the notorious British maxim Keep calm and carry on. “I basically don’t know anyone who would be going back home,” one man told us. Rather, they are considering different strategies for staying. Already well before the Brexit referendum, according to research conducted in 2014 and 2015 amongst Czechs working in the UK to which we gained access, many of them were thinking about applying for British citizenship or permanent residency in order to secure their position should the UK leave the EU. A couple of post-Brexit respondents also mentioned that they filed a permanent residency application as a direct result of the UK’s decision to leave. But some are mulling over a return to the Czech Republic. Not just because of their unclear working status, but because “the mood has changed.” One university employee spoke of increased open racism amongst students after Brexit. Others mentioned any threat to the possibility of transferring their pension as a potential decisive factor to leave. Re-emigration statistics to the Czech Republic are not available with labour migration to the UK not being as salient of a social phenomenon as in other Eastern European countries. But with Brexit, the Czech Statistical Office might want to begin keeping track, even if it doesn’t look like a large wave of returning workers is about to hit the Czech Republic.

Most Czechs remain fairly confident that migrants are indispensable: “Everybody knows that, for instance, London couldn’t really work without migrants like myself,” one respondent working for a large coffee chain said. But does the government know? The situation in the NHS is already worrying, with a very real threat of lack of staff. If the government doesn’t issue some reassurances on what a potential “hard Brexit” deal will look like for EU workers, it might soon find key industries missing key personnel. As one respondent summed up the attitude of her employer, the less the employer panics, the better both for them and their employees. It remains unclear if those negotiating Brexit will also follow this advice.