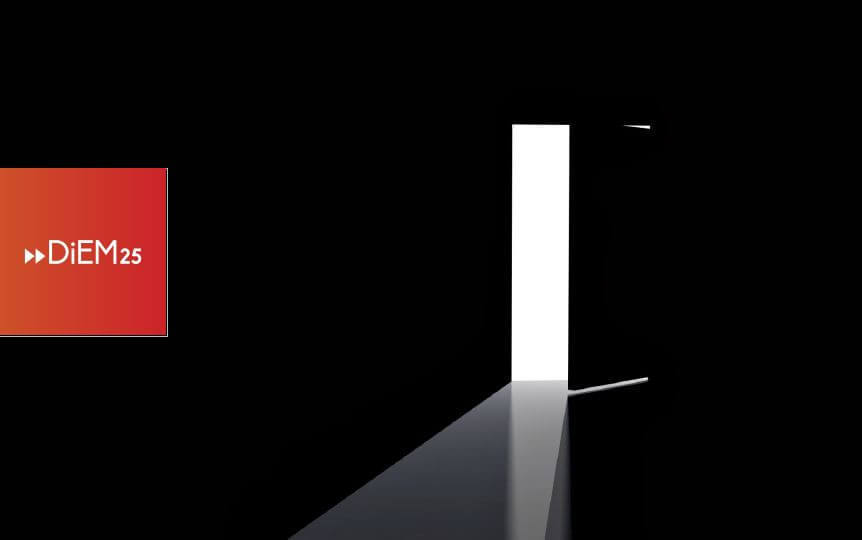 Diem25, the Democracy in Europe Movement established by the former Greek finance minister Yanis Varoufakis along with Croatian philosopher and political activist Srecko Horvat, and whose signatories include Noam Chomsky, Slavoj Žižek, and Ada Colau, has been active only shortly. Nevertheless, during its existence, it has succeeded in bringing important and meaningful issues to the table. Issues that are worth rallying behind and doing something for.

As a first practical step, DIEM25 has addressed a petition and an open letter to the presidents of the European Council, European Commission, and European Central Bank, among others, demanding the following:

* the live-streaming of the entire European Council, Eurogroup, ESM Board of Governors, and Ecofin meetings, and the subsequent publication of official transcripts for all such meetings,

* a full set of minutes for each ECB Governing Council meeting to be published three weeks after the conclusion of each regular meeting, and complete transcripts of these meetings to be published within two years,

* an exhaustive list of all Brussels lobbyists and a register of each of their meetings with elected or unelected EU officials,

Increasing transparency in the highly secretive European institutions primarily responsible for economic decision-making seems to be an obvious matter. These are technocratic Meccas, constantly persuading the public that the economy is a science better left to economists and technocrats, claiming their policies only logically follow the innate rules and principles of the all-mighty free market, they are not subject to political decisions. Transparency is key here; it is vital to see the decision-making processes happening behind the scenes and make concrete people accountable for what they advocate. Besides democratization and a better informed society, in the medium-term perspective, transparency can also lead to a more critical economic discussion, bringing alternative and marginalized economic opinions to the debate and changing the course of the currently unquestionable neoliberal course of austerity and unimpeded financial sector.

Increasing transparency in the highly secretive European institutions primarily responsible for economic decision-making seems to be an obvious matter.

An interesting point is the problem of lobbying. It is estimated that more than 30 000 lobbyists are active in Brussels, influencing European legislation directly or through their umbrella organizations, law and public consultancy firms, or through “independent” think tanks. The UK financial sector alone spends at least €34 million per year on lobbying in Brussels and employs more than 140 lobbyists to influence EU policy-making, according to the Corporate Europe Observatory. The vast majority of Brussels-based lobbyists are paid to influence EU officials on virtually all business issues; and clearly they do not stand for better workers’ rights, higher wages or tougher environment protection. Although a register of lobbyists is in place, requiring companies to declare how much they spend on lobbying and what agenda they try to influence, it is done on a voluntary basis. A legally binding register will give us a much better perspective on how EU law is shaped and will be a powerful tool for naming and shaming individual business interests’ interference in the EU agenda.

The Transatlantic Trade and Investment Partnership (TTIP) treaty, to be negotiated between the EU and the US, is particularly alarming. Publicly announced as hugely beneficial to both continents, it was never fully published with its accompanying negotiation documents. Its text and negotiations are veiled under a cloak of secrecy, leaving one to wonder why such a beneficial agreement could not be publicly available and scrutinized. Unless independent scrutiny would disprove its purported benefits. The good news is that the president of the Eurogroup has already vowed to publish some documents. Likewise, the European Commission has published some of the TTIP negotiation documents, coinciding with DIEM25’s campaign launch. This means pressure from the public and the media is working. You can support this trend and add your signature to the list here.