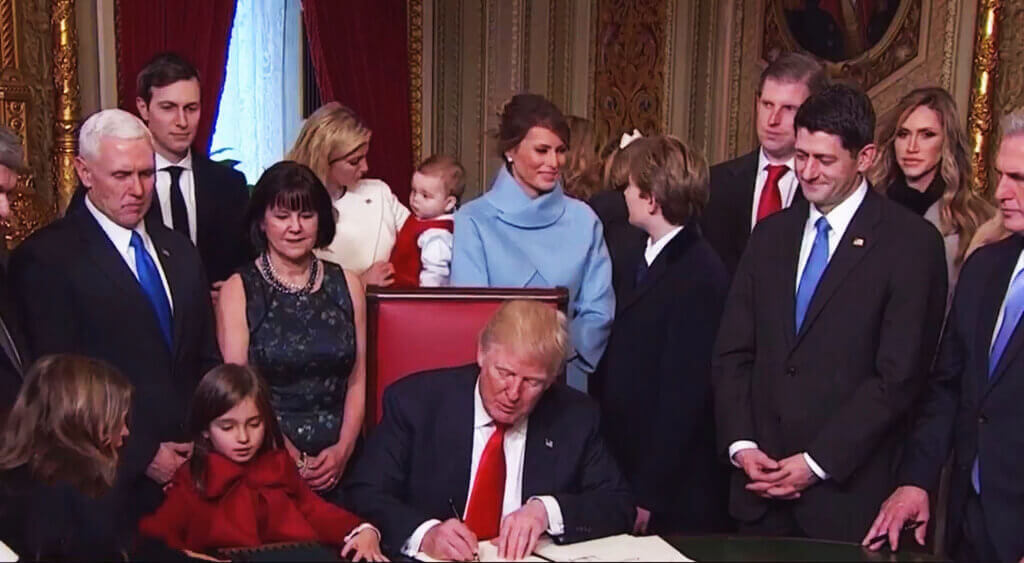 The Trump administration lacks a global strategy and the human force that could formulate and implement one. Unless anti-populists in general – in particular, the centre-left – are willing to face some harsh realities head-on, the menace of a rogue U.S. will only continue to grow.

Within the discussion, Sachs explained why he believes the populist wave that has enabled both Brexit and Trump will spread further, stating: “Societies everywhere are very divided. We are not seeing landslide wins for populism, but rather a reflection of deep social divisions. And, yes, I think we’re going to see more of this, because there are so many anxieties that we don’t seem to be able to overcome. Even the foundations of foreign policy are giving way. The Middle East crises are the result of America’s failure and fading global power, which are part of the social anguish many voters feel. Likewise, Brexit reflects a collapse in belief in the post-war order in Western Europe, which was forged during the Cold War but has now basically disintegrated.”

While all Sachs’ points are valid, Sierakowski pointed out that he attributed populism to mainly four factors: rising nationalism, the weakening of American foreign policy, the crisis of the centre left, and the refugee crisis. Yet Sachs himself is an economist, so inquiring into his stance on economics within the matter is important.

Sachs believes that of all the factors in today’s political upheavals, economics is not the main one.

Sachs believes that of all the factors in today’s political upheavals, economics is not the main one, which he illustrated with one important geopolitical data point: Scandinavia. “All of the Scandinavian countries and their neighbours in Northern Europe have right-wing populist parties, with some approaching power. And yet, you can’t do better than these countries in terms of living standards, social justice, and opportunity. So, if Northern European countries, including the star performers of Scandinavia, are facing a populist backlash, it is hard to blame economic causes. Even the Netherlands – affluent, peaceful, prosperous, educated – is now confronting a right-wing populist surge.

“A borderless world is plainly unrealistic. If people were told that they could move, no questions asked, probably a billion would shift around the planet within five years, with many coming to Europe or the U.S. No society would tolerate even a fraction of that flow. Any politician who says ‘Let’s be generous,’ without saying ‘We’re not going to throw the doors wide open,’ will lose. So, I think that’s where the left is tongue-tied, because it sounds chauvinistic to say we need a limit on migration. It would be better to say ‘We must help the refugees; they are fleeing for their lives. But, yes, we must also step up efforts to end the Syrian war, and thereby enable the refugees to return to their homeland once the fires are put out.”

Many people would not be made better off by open immigration. Trafficked or undocumented migrants in the U.S. are able to come and stay because a lot of people in the U.S. profit by employing them at very low wages.

Further to the issue of economics, Sachs and Sierakowski debated the idea that immigrants are an economic benefit, and that Europeans need them because of their aging populations. Sachs said he thinks there are several problems with the argument. One such problem is that almost any major economic event, like large-scale migration, has far-reaching distributional consequences. “Many lower-skilled, working-class, less-educated people would not be made better off by open immigration. The trafficked or undocumented migrants coming into the U.S. are able to come and stay, mostly because a lot of people in the U.S. make a lot of money by employing them at very low wages.”

Sachs also wanted to make it clear that refugees and economic migrants are two different matters, and that no rich country is under any obligation to open its doors to all of the economic migrants that would come. Regulating borders is a different question from the mass deportation of millions of people who have already been residing in the U.S. for years without legal documentation. A mass deportation would be enormously painful and disruptive to millions of lives. As for refugees, the most important thing to do is to stop the cruel, useless and deeply misguided wars that have triggered the mass movements of refugees.

If I were a European politician, I would tell the U.S. to stop focusing on violent U.S.-led change.

The two also discussed the Syrian war, with Sachs giving the following analysis: “It is a stupid U.S.-Saudi-Turkish war of regime change that is essentially stupid and against international law. If I were a European politician, I would tell the U.S. to stop focusing on violent U.S.-led change, because that approach is flooding Europe with refugees and wreaking political havoc. But, I would also reject the prevailing view that Europe needs to integrate its refugees for the long-term. I think the right answer is to keep refugees safe, fed, in school and healthy, and prepare them to return home to Syria as soon as possible.”

There seemed to be some varying views with regards to NATO and the liberation of countries from Russia. Whilst Sierakowski believes that if it is the will of countries such as Ukraine to seek security guarantees from the U.S., China, Britain, and Russia, it is also their right, Sachs disagrees. Sachs believes that a big mistake came with NATO’s approach to Georgia and Ukraine. He thinks that at a fundamental level, Russia wants a security buffer, and that the Soviet Union’s brutal domination of Easter Europe after World War II was not a part of a plot to control the world, but rather a strategy intended to prevent Germany from invading again. With this, the prospect of NATO positioned at Russia’s borders inside Georgia and Ukraine was the last straw for the Russian security state.

A sensible U.S. leader would say to Ukrainians: We care for you but we don’t want you in NATO, because we don’t want to provoke a conflict with a major power on your border.

To put the matter into perspective, Sachs said the following: “Imagine that Mexico’s leaders, having decided that Trump poses a grave threat to their country’s security, formed a military alliance with China. As far as I’m concerned, it would be their choice to make. But, U.S. policymakers – Republicans and Democrats alike – wouldn’t see it that way. I don’t know what would happen the next day, but I wouldn’t want to be in Mexico City. This is why a sensible U.S. leader would say to Ukrainians: We care for you, we love you, but we don’t want you in NATO, because we don’t want to provoke a conflict with a major power on your border.”

On the topic of reconstructing American politics, Sachs feels that the U.S. is witnessing a serious failure of its institutions; many elite Americans just want to make money, and seem ready to give up democracy for tax cuts. A revolution for politics is needed. Representation has broken down. Americans believe – correctly, more often than not – their congressmen serve their donors’ interests, not those of their constituents.

Sachs’ final thought was that politics needs to be reconstituted on a new, sociological base that makes sense in accordance with how people actually live (i.e. what young people do, how they earn their incomes, etc.). Thus politics need to be remade through mass participation. Sachs believes that people truly want to participate in politics, and that’s what we’re going to find out.

The following is based on an interview that was originally published by Project Syndicate and can be found here.