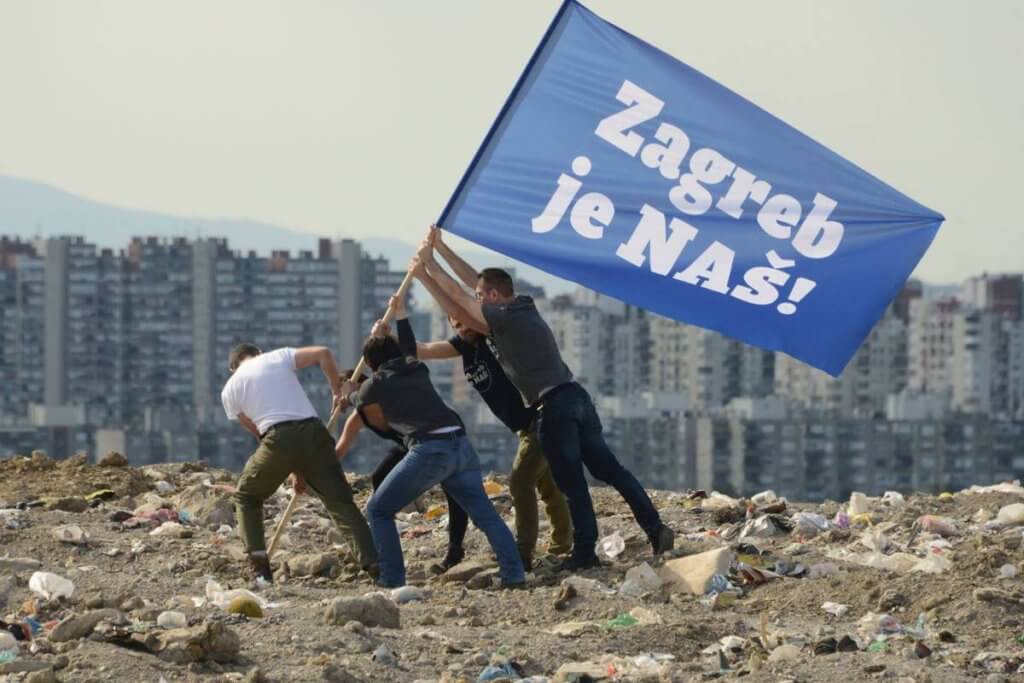 In the 27 years since the collapse of Yugoslavia, Croatia has endured a profound crisis of deindustrialisation, agricultural collapse and a dearth of social services. Two figures in particular show the results of the capitalist experiment. In 2015 real wages were 27% lower than in 1978. In 2013, meanwhile, GDP was 7,1% lower than in 1986.

Since 2011, almost 300,000 people have emigrated from the country. Croatia now has a population of around 4 million people according to some estimates. The country is facing incoming problems from the imminent collapse of its largest corporation, Agrokor, which went under due to huge debt. One of the few bright prospects is tourism, although the number of domestic tourists is very low at less than 3% this year and it should be remembered that many of the hotels are foreign-owned and much of the food is imported. By almost all accounts the only economic destiny for Croatia is to remain an undeveloped country on the periphery of the EU.

Despite this bleak reality, the devastation of capitalist Croatia is masked by very strong nationalism, which was forged in the 1991-5 war with Serbia. This is grounded in strong anti-communist rhetoric the ideological goal of which is to deny any positive reminiscence of socialist times, and prevent the advance of any kind of new radical ideas. In the last few years this has also been accompanied a resurgence of neo-fascist tendencies. In the town of Jasenovac, for example, the Croatian equivalent of Auschwitz, there is a notorious plaque on which the salutation, za dom spremni the Croatian version of Sieg Heil, is written. The current government has no intention of removing this, satisfying itself by nominally condemning “both totalitarianisms.”

Shock at the ballot box

Considering the multitude of positions, it is difficult to estimate which parties were successful and which were not, though there were some significant developments.

These are some of the conditions in which local elections were held last Sunday. Considering the multitude of positions, it is difficult to estimate which parties were successful and which were not, though there were some significant developments. The governing HDZ, traditionally right centre, recently shifting from right centre to extreme right, did well, as always, in most of the counties, smaller towns and rural areas. In four of the biggest cities it did rather poorly.

The liberal-centrist, nominally “social-democratic”, SDP (offshoot of the old pre-1990 Croatian branch of the League of Communists) did comparatively below par, winning only in Rijeka – i.e. in one out of four major cities. This was to be expected given its poor ratings and its unpopular, incapable president.

The conservative-technocratic Bridge party, which until only few weeks ago was in the government with HDZ, until it rebelled due to the affair with Agrokor, won some votes throughout Croatia, but suffered a debacle in all major cities, as well as in the symbolically very important small town of Metković in Dalmatia, which was the where the party was founded.

The Beppe Grillo style Human Shield party (Živi zid in Croatian), which has generally been seen as taking up the potential political space of the radical left, also came up short. The majority of its active members had formed the Free Croatia/Slobodna Hrvatska party, which in Zagreb, in coalition, attained a catastrophic 0.28% of votes. It seems that they are perceived as a protest movement that can send a couple of showmen with “stand-up politics” into the Parliament, but not a party with coherent local policies.

The most significant phenomenon is the emergence of the radical left. Although this seemed utterly improbable only couple of months ago, groups in Zagreb, but in other places as well, made a small but significant step forward.

In the capital, the United Left Front (consisting of five mostly new or newer parties – covering wide ideological range, from left-liberal, green, social-democratic to anti-capitalist) reached a remarkable 7.64% in the elections for the City Assembly. It won some 24,000 votes and four seats, thereby surpassing the much-publicized Bridge party (4.93%) and Human Shield (4.53%). In city districts and local councils the united left front did even better than Zagreb, winning tenths of positions on all levels, with results which occasionally went up to 30%, sometimes beating both HDZ and SDP.

The Workers’ Front won one seat in the City Assembly, three delegates in city districts and 12 in local councils.

The most interesting is the case of Workers’ Front, an explicitly anti-capitalist party and one of the members of the aforementioned left coalition in Zagreb. They won one seat in the City Assembly, three delegates in city districts and 12 in local councils. This is a fine success for a relatively young and still relatively small anti-systemic option (officially registered in 2015). At the same time it is the first case of an explicitly anti-capitalist political party entering official political structures.

Although the electoral threshold of 5% was not surpassed anywhere outside of Zagreb, and no seats were consequently won, the broader results were, nonetheless, strong. In Pula, the eighth largest city in the country, Workers’ Front participated in the elections independently. Their candidate running for city mayor, Josip Pino Ivančić, won 4.21 % of votes, their list for City Council won 3.83 % while their list for the Istrian County won 1.99 %. In Samobor, a small town near Zagreb, they independently won 3.12 % with their mayoral candidate, Matija Đolo, while their list for the City Council won 2.39 %. A significant result was obtained in the second largest city in Croatia, Split, where, in coalition with the left-liberal party New Left, they won 4.36 % on the list for the City Council, falling short of the 5 % threshold by only a couple of hundred votes.

Although at first glance these results might seem small they are the highest the radical left has been able to gain since 1990. Entering local political structures will mean not only greater media attention, but increased key financial and spatial resources thus paving the way for further growth. What is particularly significant is that the Croatian national government is currently undergoing a great crisis, only temporarily deferred until the end of the local elections (the run-off is in just ten days or so). Snap parliamentary elections could be held again in the autumn.

If the success of the united left front from Zagreb spills to national level, anything is possible. The current downfall of the traditional left party SDP is a point of advantage for the radical left, just as the possible decline of the populist Human Shield party and the fact that the final collapse of the largest Croatian corporation Agrokor is only a matter of time. In any case, these are tumultuous and interesting times for the left in Croatia, which has hopefully matured with this small but decisive electoral breakthrough.

Mate Kapović
Mate Kapović is an assistant professor at the University of Zagreb in Croatia and a left political activist.
> see other articles <