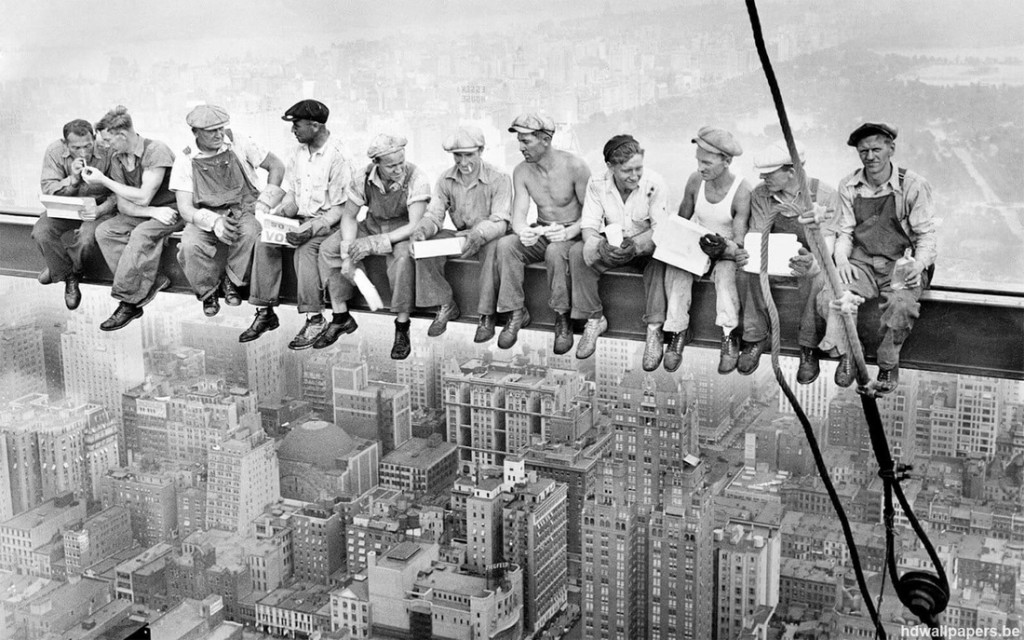 Igor Stokfiszewski: Let’s start with an overview of precarious labour conditions in Italy. What professions and economic sectors are most commonly recognized as precarious and what labour framework is responsible for precarisation?

Francesco Raparelli: Until now being a precarious worker in Italy was to have a temporal contract or to be a freelancer. With prime minister Matteo Renzi’s Jobs Act all workers became in fact precarious. That is primarily because now enterprises can prolong temporal engagements of the employees without limitations. Secondly and most importantly it is caused by Renzi’s abolition of 18th article of 1970 Labour Code: employers have thus gained capability of dismissing of their employees without giving a reason. Effectually, all contracted workers have lost the stability of employment.

Now, freelance workers who are also recognized as precarious very often have only formal autonomy. From a legal point of view they function as individual entreprises. This means that they pay taxes and insurances as well as pension funds all by themselves, all that while working as regular employees, following assignments and placing themselves within the hierarchy of the institution they work for. For the company on the other side the difference between a freelancer and an employee is that the do not cover all the aforementioned labour costs.

Furthermore, workers who freelance, for example researchers or lawyers, can rarely afford these costs due to low earnings. Neoliberal paradigm, lacking equal distribution among the society practically deprives them of healthcare, social insurance and pensions.

In addition to what Francesco was saying, in Italy we have a distinction between permanent and temporary workers, where the temporary lack many of the rights the permanent workers can execute. But the most relevant distinction in Italian labour norms is between dependent and autonomous workers, those on job contracts and those engaged in accord with different forms of employment. So the Italian precariat is composed of people who are recognized as workers and have the right to strikes and to organize themselves in unions and those who do not belong to the world of labour and are deprived of the rights it provides. The objective of contemporary workers struggles that we are a part of in CLAP is to transform autonomous workers into real workers in the aspect of rights, possibilities to perform struggles and representation.

What is CLAP then? When was it launched and what is its aim?

FR: Due to transformation of labour and precarisation of work in Italy and in Europe we found it necessary to launch a new experiment and to come up with new devices for organization of workers who are not grouped in unions. Council of Freelance and Precarious Workers was launched two years ago and refers to the history of unionism. At the beginning of formation of trade unionism the workers organised themselves in forms of councils in which they were able to find mutualism, solidarity, different kinds of services. Let’s say that councils were common spaces to help the workers and strengthen the working class’ struggles in different economic sectors. CLAP reclaims this tradition. It is a council for workers operating within precarious and freelance conditions, that is – workers without contracts, without labour rights including rights to strike and inner group organization. It is also meant for those within the migrant and unemployed environments.

How does CLAP work? How do you organise workers?

FR: At the moment there are three CLAP offices in three districts of Rome. There, precarious workers, freelance workers, migrants and unemployed are provided legal assistance, information on fiscal issues, pensions and welfare system. They can also receive current news and information on transformation of national and European norms regarding labour and employment. That is one part of our activities. We also organise and motivate workers in their struggle for rights, higher salaries and better conditions for working. Recently we supported the struggle of healthcare personnel contracted on freelance conditions as outsourced working force and workers of social migrant centres. In sum in the recent two years we brought over 30 cases to court and involved over 200 people in CLAP’s activities. This involves workers from various sectors, political activists, students, lawyers, accounting assistants. We also organized a number of pickets and demonstrations

ADN: The relevance of CLAP’s experience is more clear in respect to the history of social movements and trade unionism in Italy. Firstly let’s say that due to their historical gravity and number of members they still have, traditional trade unions in Italy are strong. This fact created a block for capacities of organising workers without contracts and developing new forms of labour organisation. Strength of traditional trade unions in a sense effected in exclusion of workers in new forms of labour, pushed them behind the frontier of rights to strike or pursue representation. In the 90. and the years 2000 we experienced in Italy social movements which pointed out sort of precarious pride, May Day process for example. On the one hand then social movements took over the new kinds of labour issues from traditional trade unions, on the other hand those movements were unable to organise new forms of labour. CLAP is a step forward in the development of social movements concerned with struggles of precarious workers. Our challenge is to organise and structure new labour forces. We try to face it by introducing the concept and putting it in practice of social unionism.

You’ve mentioned organising the workers in migrant centers. Which sector of labour market do they belong to? Are they public workers?

ADN: No, they’re trans-sectoral workers located between the third sector and voluntary engagement. The centres often operate as social enterprises or cooperatives. The challenge here is to reverse the concept of voluntarism so these activities are perceived as work.

FR: When migrant centre workers are mentioned it is important to add that another challenge we face is the organisation of the migrant workers themselves. In fact we believe that organising them is now one of the most relevant tasks for social and workers’ movements in Europe. We try to do that through migrants who are part of CLAP and we’ve already entered a few legal conflicts against exploitation of migrants.

How would you explain the concept of social unionism?

FR: When we speak about social unionism we want to express that now exploitation involves the society as a whole, not only workers in specific sectors of production. We want to reinforce the idea that production is cooperative and social. The question is: how is it possible to engage social production and cooperation as a base for contemporary exploitation in a new type of labour institution.

ADN: Starting with what Francesco said when describing CLAP, the first dimension of social unionism is collaboration between different social subjectivities – workers, movements, political activists etc. That is to say – social unionism in the first place explores the links between struggles within the labour environment – for housing, for example, links between struggles within the work place, regarding salaries or work conditions and the external struggles for basic income, for reproductive work or universal welfare.

FR: Social unionism is a way to connect different devices and forms of social struggles. It insists on social cooperation which is a base for capitalistic exploitation but is at the same time a way to organise claims about job problems, production and social reproduction. CLAP is an instrument for that, La PAH in Spain for instance is another very important instrument. In Poland, Germany, elsewhere there are other important instruments. Social unionism demands a coalition between those experiments, especially in the transactional dimension. So even though we use the word “unionism”, it does not stand for unification. The idea of a coalition also needs to be reinvented. Until now we’ve often experienced alliances between, let’s say, workers and students, trade unions and social movements. It’s time we reinvent the idea of a coalition where the diversion remains an multiplicity becomes an ontology.

How does the concept of social unionism work on an organisational level within CLAP?

FR: For instance we try to formulate a proposition in which legal support would coexist with mutualism. When necessary, it can also face conflicts. That’s why we combine legal actions and demonstrations as well as other techniques of delivering conflict, emerging out of social movements’ methodologies. We also link interventions inside a workplace to the workplace’s external territory. What does it mean? Well historically speaking, agents which we now call CLAP were territorial councils with limited efficiency in realising their claims. So we try to rethink the composition of labour in a metropolis. It’s not enough to say that the work is done in a factory. Different kinds of labour are being exercised also in a neighbourhood of the factory and other working places. This observation allows us to link workers of different kinds of labour on a territorial basis. Finally we try to reinvent trade unions in a horizontal manner instead of the traditional bureaucratic scheme. Although it’s very challenging, we try to understand how different workers distribute their time and abilities to the common struggle. Because of that they should definitely be a part of CLAP decision making process. As you see, CLAP is a laboratory for a step forward in traditional trade unionism.