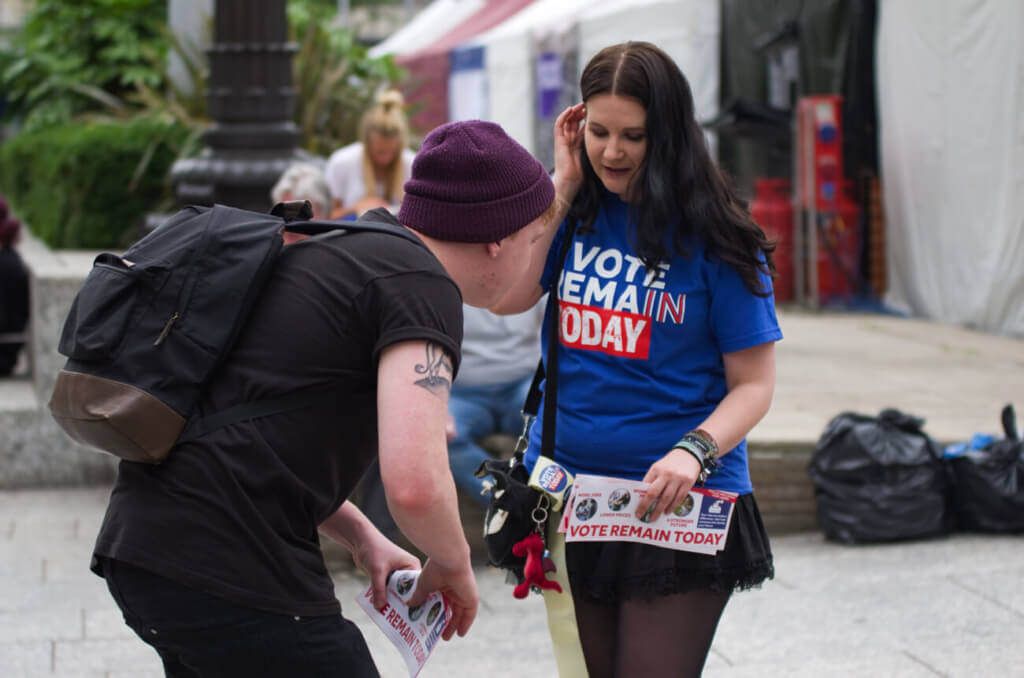 Balkan leaders wanted one result in the dead heat of the British referendum: Remain. Once again the European issue seemed to unify the region, and there are plenty of others that still divide it. One of the major unsettled issues after the chain of conflicts in the 1990s and early noughties, is an inability to agree a shared understanding of responsibility for the violent past and move towards reconciliation. European integration, as a forward looking project, has allowed the Balkan countries to look beyond divisions and disagreements. The United Kingdom together with its (former) partners in the EU has been a major player in that endeavour.

News reports coming from the Balkans are a clear indication that the UK’s referendum result was music to the ears of the region’s anti-Europeanists and pro-Russianists.

Steered by the EU, the countries initiated a comprehensive set of political and economic reforms, coupled with regional inter-state cooperation. Although the European journey has been fraught with difficulties, the progress has been undeniable, albeit not irreversible. The Brexit outcome will, without a doubt, affect the progression towards the EU of the Balkan aspirants to the EU membership, if not, the journey itself.

There have been fears in the region that regardless of the outcome, the issue of further enlargement in the Balkans will be put on the back burner. After Croatia’s accession in 2013, six more states are in the queue: Montenegro, Serbia, Bosnia-Herzegovina, Kosovo, Macedonia, and Albania. As both the EU bureaucracy and the UK go through the motions of severing the relationship, the attention of Brussels to navigate the technical aspect of accession will inevitably be drawn away from the Balkans, for sheer reasons of complexity of this novel development for the EU.

But, EU accession has never been just a technical exercise. The rejection of the European project by the Brits, and the ever louder chorus singing to the same tune on the continent, has devalued the normative attraction of the EU in the Balkans. This is despite the fact that Balkan leaders puzzled ahead of the referendum how can one possibly reject the club that they wanted to join.

The fear of the marginalisation of the Balkans brings into a sharp focus the question of the EU’s transformative power. Serbia’s Prime Minister has now become infamous for saying that the EU’s magic is no longer the same. This tells us that the Balkan leaders are looking to the EU not just as a destination, but also as a motor of integration. What this actually means is that the countries need a lot of hand holding in the process of approximation to the EU. An engaged EU, focused on the task, is, therefore, critical for pushing the process forward.

For the UK outside the EU, the importance of the issue of the Balkan accession, which also means post-conflict stabilisation, will be downgraded.

In reality, the same pro-European elites in the Balkans have been good at paying lip service and adopting the laws, but not as keen on implementing them, as detailed in the EU’s annual progress reports. When Balkan leaders mention the waning magic power of the EU, they are in actual fact reflecting their lack of willingness to exercise their own ‘magic’ power to push the European agenda forward – with deeds, not just words.

Therefore, without the UK – a member state that has been critical in shaping and pressing the EU enlargement agenda and in breaking through recent deadlocks, such as recent UK-German initiative that spurred Bosnia’s progress – a less engaged EU will inevitably affect the progress of Balkan aspirants, and further consolidation of peace and stability in the region with it.

The additional implication of the EU’s diminished engagement is the opening up of political space for seriously contemplating an alternative future for the region, outside the EU. Russia has always been eager to capitalise on the West’s differences (or weaknesses) in its Balkan policy. News reports coming from the Balkans this morning are a clear indication that the UK’s referendum result was music to the ears of the region’s anti-Europeanists and pro-Russianists. There are plenty of those in Serbia, the Serb entity in Bosnia, Montenegro and Macedonia.

But, of course, for the UK outside the EU, the importance of the issue of the Balkan accession, which also means post-conflict stabilisation, will be downgraded. It will become one of host of other global security concerns. Given the turmoil in the Middle East, it will not even be a pressing one.

There is, however, one major difference. The UK has left the European Union, but not Europe. The UK’s geographic proximity to the Balkan region, which has been challenged by transnational security threats such as organised crime, illegal trafficking and the attraction of Islamic fundamentalism, does raise the stakes of stalled progress in the region.

As the UK faces a magnanimous rethink of its foreign and security policy – although we know from what the Leave campaign have said that their outlook is that of international cooperation – it is difficult to imagine what the UK’s level of influence from the sidelines of the European project might look like both as a political vision and as actual policy. In sum, future prospects for the Balkan region look a little bit more uncertain. This is despite, or more precisely because of, the assurances of politicians in response to the referendum result that business with the EU will continue as usual.

This article originally appeared on the LSE EUROPP – European Politics and Policy blog.