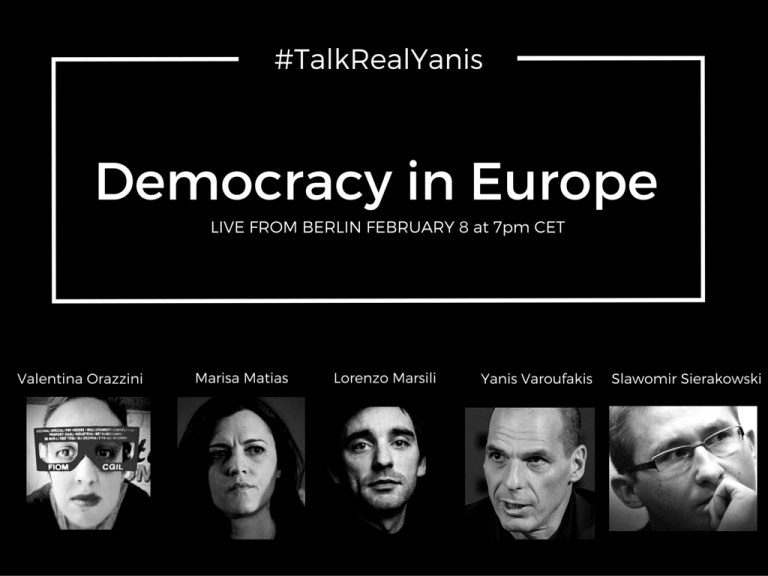 That is why, together with many others, we are interested in the new pan-European movement to be launched in Berlin by Yanis Varoufakis on February 9th, DiEM25.

The European Alternatives’ political webshow, Talk Real, was led and presented by Lorenzo Marsili (@l_marsili), director of European Alternatives. He spoke with Yanis Varoufakis, Portuguese MEP and presidential candidate for the left Marisa Matias, the founder and leader of the Polish left movement  Krytyka Polityczna Slawomir Sierakowski, and with the international representative of Italian trade union FIOM, Valentina Orazzini.

The talkshow was live-streamed from the Volksbuhne theatre in Berlin on February 8th at 7PM CET.

The edited version of the talk will be available from the morning of Tuesday 9th February, the day of the official launch of DiEM. It will be signposted on the above social media pages and on YouTube.

Of course the best way to stay informed and to stay engaged is to join European Alternatives. 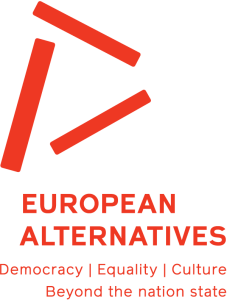