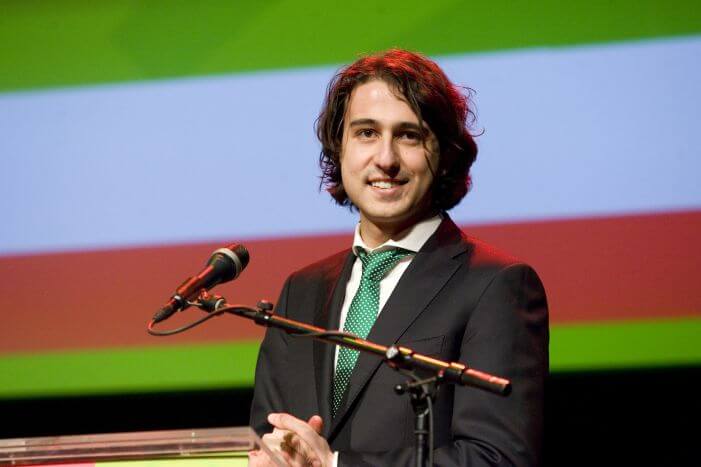 Rarely does it happen that the world watches the Netherlands with nervous suspense, but this is one of those rare  moments. This is because on March 15th, the Dutch will elect a new parliament, which will have in attendance a record number of foreign press agencies, as well as interests from Brussels and other European capitals. The Dutch elections are the first in a deeply significant – and indeed existential – election year for a European Union that seems to be in permanent crisis, as shown by the two massive political earthquakes of 2016, Brexit and Trump’s election. Co-founder member states of the E.U., such as France and Germany, and possibly Italy, are to follow the Netherlands with elections of their own later this year.

The Dutch elections have largely focused on the ‘Dutch Trump,’ Geert Wilders, a populist-nationalist candidate. A major component of Wilders’ campaign is his anti-Islam and anti-E.U. stance, and he has gained in so much popularity – dominating the political landscape for more than a decade now – that his party, the Party for Freedom, was leading in the polls until January, and is widely expected to become the largest Dutch party (at least by some alarmed foreign observers). In the background simmers a disturbing query: How on earth can a right-wing populist party, which intends to close borders to all Muslims and refugees and wants to leave the E.U., be so popular in (what used to be) the most liberal, open-minded, tolerant, and indeed happy nation in Europe?

The Netherlands can be characterized as a ‘democracy of minorities,’ where no single party ever manages to win a clear majority.

The Netherlands, however, is still many of these (positive) things, and thus fears about a cascade of populist victories in Europe appear to be somewhat exaggerated. Both the U.K. and the U.S. feature political systems which tend towards single-party (and/or single-person) rule. Both have also spear-headed a neoliberal ‘spirit of the times’ and currently suffer the most dramatic backlash from it. The Netherlands, apart from maintaining a functioning welfare state and enjoying steady economic recovery, can contrastingly be characterized as a ‘democracy of minorities,’ featuring a system of proportional representation in a single constituency. This assures any party that wins 0.67% of the vote a seat in the Second Chamber (or Lower House). Since no single party ever manages to win a clear majority (76 out of 150 seats), coalition governments and a spirit of compromise have been the rule for more than a century.

Recent decades have witnessed a sharp decline in support for the three main governmental parties of the centre-right and centre-left: the Christian Democrats (CDA), the Conservative Liberals (VVD, the party of acting prime minister Mark Rutte), and the Labour Party. Apart from these, eleven other parties are forecast to gain seats in parliament, but none of these parties currently exceeds 12 percent in the polls. Conforming to a Europe-wide trend (excepting the German SPD), the Labour Party, now at a pitiful 8 percent, is heading towards a shattering defeat. Their coalition partner, VVD, is currently the largest party, hovering around 16 percent. The Christian Democrats already suffered their historic defeat in 2012, after participating in an ill-fated and short-lived coalition (which gave the PVV the role of conditional supporter). After having led the polls throughout 2016, Wilders’ party has steadily declined since the beginning of this year, and is now second at around 15 percent. Three other parties – the Progressive Liberals (D66), the Green Left Party (GroenLinks), and the Socialist Party (SP) – are following closely on the heels of both VVD and PVV, polling between 10 and 12 percent.

Except for one or two microparties on the far-right, all parties openly refuse to cooperate with Wilders after the elections, whatever the outcome.

This electoral fragmentation, at the least, means one thing: Geert Wilders will not (and probably never will) become prime minister. Except for one or two microparties on the far-right, all parties openly refuse to cooperate with him after the elections, whatever the outcome. Wilders himself has increasingly adopted a Trumpian strategy of authoritarian self-isolation: Withdrawing from political debates with the flimsiest of excuses, twittering fake news, indulging in increasingly uncivil outbursts against political opponents and Muslims (the latter sometimes bordering on racism), insulting journalists, blaming disagreeable media, and generally dissing the elite and/or the establishment.

Perhaps his recent slump in the polls might be attributable to a reverse ‘Trump effect.’ Wilders has effusively welcomed and supported Trump, stating that once in power, ‘he would do the same’ as Trump (banning Muslims, building a wall around the country, etc.). But the dangerous brinkmanship and grotesque political chaos, if not sheer insanity of Trump’s first month in office, may have brought many Dutchmen back to their senses. The world-famous video which introduced the Netherlands to President Trump is now complemented by an equally hilarious Dutch one, in which Trump goes all-out to support Geert Wilders.

The dangerous brinkmanship and grotesque political chaos of Trump’s presidency may have brought many Dutchmen back to their senses.

Prime minister Rutte’s preferred strategy to stage an exclusive contest between himself and the ‘blonde beast’ Wilders has also been undercut by another factor: the unexpected rise from the ashes of the Green Left Party. Led by 30-year-old Jesse Klaver (already jokingly referred to as ‘the Jessiah’), the party is well on its way to quadruple its parliamentary seats. Half-Moroccan from his (absent) father’s side, Klaver has swiftly emerged as a political celebrity and as the dream-boy anti-Wilders (who recently complained about ‘Moroccan scum’), drawing large crowds in music-hall meetups, and being omnipresent on TV and in newspapers. Unashamedly pro-E.U., pro-diversity and pro-refugee, Klaver has said that ‘the borders of the Netherlands are located in Italy, Spain, and Greece’ (he could have added Eastern Europe and perhaps Ukraine). Klaver supports a movement of civil empathy and favours radical forms of economic redistribution and public investment, attributes which, when coupled with Klaver’s half-Moroccan descent, thoroughly represent ideas on Dutch identity and culture, standing against Wilders’s narrow-minded, nostalgic, and hateful nationalism. With more than half of voters still floating, Klaver could go far. But also Alexander Pechtold, the veteran and media-savvy leader of the Progressive Liberals, is looking forward to a historic win. Both represent the politics of hope and optimism versus the politics of doom and gloom which are peddled by Wilders and others (including Christian Democrats and old lefties) who suppose they can win votes by kneeling before a mythical people of their own making, and taking over some of his views.

Economic grievances have been transformed into fears about cultural identity, social dignity, and meaning.

This timely offer of a ‘politics of hope’ is crucial if we look at the deeper anatomy of the nationalist protest vote, which has fueled populism everywhere, including Brexit and Trumpism. The decline of traditional heavy industry has abolished many working-class jobs and undermined working-class pride, from the American Rust Belt to those of Northern France, the U.K. Midlands, Polish Silezia, the Donbass, and South Limburg (the last being a  Dutch province that still suffers phantom pains from the closing of the coalmines in the 1970s, and which constitutes Wilders’s heartland). Everywhere ‘honest work’ itself has been destroyed, while working-class, male-identified culture lives on as a ‘zombie culture.’ Economic grievances have been transformed into fears about cultural identity, social dignity, and meaning (or, rather, the lack thereof). Zombie or phantom identities such as these turn inward and become poisonous, opening themselves to the lure of gratuitous identities, as with those that are provided by nationalism, ethnicity and machismo. Many of Wilders’ core voters do not seem to care whether or not he is capable of effectively governing the country, and neither do they seem to believe in what he says. This is similar to many Trump voters, who voted out of desire to kick the elite’s ass, regardless of the consequences.

The Netherlands may provide evidence of the emergence of a new political constellation.

In this regard, the Dutch elections may well mark a tipping point, not so much in a downward slope towards authoritarian nationalism and a shattered Europe, but more in an upward movement towards a better, more politically effective, more social, and more tolerant Europe. Following Austria’s nerve-wrecking presidential elections, the Netherlands may likewise provide evidence of the emergence of a new political constellation, in which left-liberal-greens who favour open, diverse, civilized and European societies, stand squarely opposed to authoritarian nationalists who want closed, monocultural societies. This new constellation is developing at right angles to the traditional left-right divide, sidelining established social democracy, which itself remains torn between the economic and cultural dimensions of modern politics.

If the Dutch progressive-left can be sufficiently strong enough to keep Wilders at bay, this weatherbell will ring across Europe. France could be ‘saved’ in a similar standoff between the left-liberal and pro-European Emmanuel Macron and the nationalist Marine le Pen on May 7th. Then Europe will be saved from populist-nationalism. Let us hope for the best, a hope that begins this week in my own country.