The dispute between the Catalan and the Spanish governments has reached a point of unprecedented confrontation. A few weeks ago, the former decided to call a referendum on independence without the authorisation of the Spanish government, as required by the Spanish Constitution. The Spanish government has since responded with an extraordinary lack of concern for individual rights, due process and legal competences. The political clash has led both sides to step out of ordinary legality, each with the support of an absolute majority in their own parliament.

Given the situation, one could simply say: “the discussion about independence is just too old-fashioned. Why would you want to create a new State in a globalised world?” Fair enough. States are more the remnants of old capitalist, non-democratic, patriarchal structures, than a promising tool for achieving a just and self-governed society. It is municipalities that hold the key for future political developments. Nevertheless, even in Europe, integration hasn’t reached the point where communities can function without States. And everyone is aware that the current configuration of the international community is a historical fortuity, derived from specific power balances. People still need to live in States, so the anti-nation State argument doesn’t take us very far.

In addition, one could point out that the current confrontation between Spain and Catalonia has taken on the masculine posturing of a game of chicken: each party can only win if the other gives up completely. The tone of the discourses, the rising level of tension, and the binary reading of the situation, have too much testosterone in them. Let’s sit down and talk. But no one will do it.

But of course, it would be wrong to evaluate these events in neutral terms, simply arguing that both sides are wrong, or that a legally immaculate referendum is the only possible mechanism to resolve the situation. That’s because there are two values at stake: legality and legitimacy. And the Spanish government is scoring much worse on both dimensions.

Calling an illegal referendum has become much more legitimate than obstructing it.

No one denies that the Catalan government is crossing legal limits by calling a referendum without the formal authorisation of the central government, and also by passing that piece of legislation through a turbulent parliamentary session. However, the decision can be seen as quite legitimate, given the circumstances. On one hand, it is acting on the basis of a very broad social consensus: more than 70% of Catalan society favours the holding of a referendum, and the decision of the Spanish State to block this latest attempt has unleashed a broad social mobilisation that goes far beyond the usual suspects who demonstrate once a year on Catalonia’s national day on 9 September. On the other hand, the governing Popular Party, as well as two of the other four major parties in the Spanish Parliament (the Socialists and ‘Citizens’) have all continued to insist that a legal referendum is completely out of the question. All things considered, calling an illegal referendum has become much more legitimate than obstructing it.

Meanwhile, not only is the Spanish government scoring badly in terms of legitimacy when impeding the possibility of the Catalan people to decide about their future democratically. It is also playing a deplorable role in terms of legality. In recent weeks, the Spanish national police spent an entire day trying to enter the headquarters of one of the pro-independence political parties (the Popular Unity Candidacy, CUP) without a warrant, while a crowd resisted them; 15 public officials were charged of criminal offences; 700 mayors were asked to court by the public prosecutor; the police entered newspapers and printing shops, confiscated printed material and shut down web pages, and the public prosecutor threatened the presidents of two pro-independence civil society organisations (Òmnium and ANC) with charges of sedition. 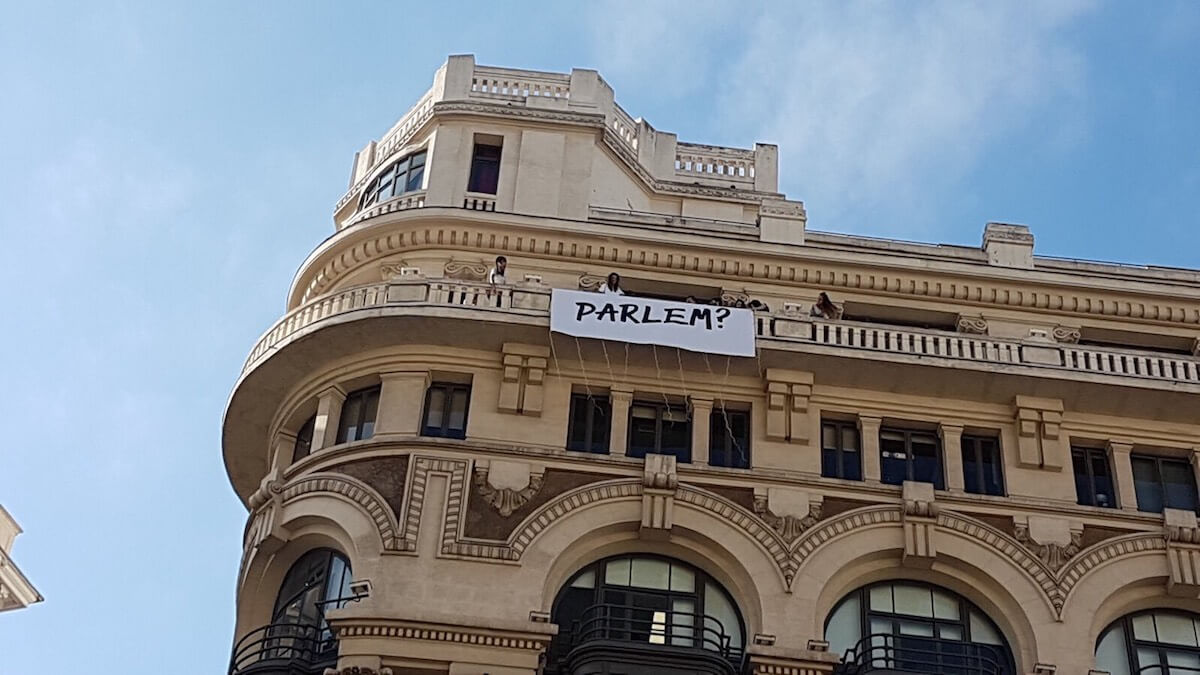 And the list goes on: the central government took charge of the bank accounts of the Catalan government, it deployed at least 6,000 police officers to the city of Barcelona, and it is currently trying to take charge of the Catalan police force as well. This means that the State is de facto intervening in the autonomous region of Catalonia with a dangerous disregard of the procedures established by the Constitution it claims to defend: article 155 requires the government to justify suspension of the autonomy of a region, and the Senate to debate and decide the scope of that intervention. Then the government needs to adjust to those boundaries. But no process of this kind has yet been undertaken to legitimise this recentralisation.

Needless to say, the desperate attitude of the Spanish government towards a situation it cannot control is only making things worse: more people are mobilising to support the referendum, both in Catalonia and the rest of Spain. Unfortunately this state overreach, and the reaction to it, are being met by silence from the international community. One can only hope that this situation changes soon, allowing civil rights and democracy to prevail.

Laura Roth is a professor at Pompeu Fabra University in Barcelona. She focuses on the connections between democracy and the law. Recently, she has researched the political culture of the 15M movement and its relationship with new forms of democratic participation.

Featured image “Demonstration of people in the streets of Barcelona demanding the right to vote” courtesy of Joan Campderrós-i-Canas.