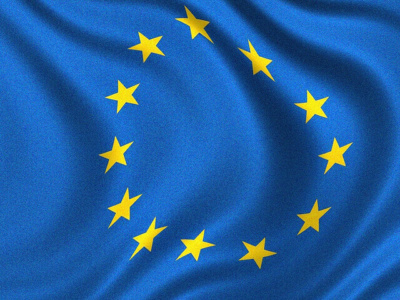 With the date for United Kingdom European Union referendum steadily approaching, both the campaign for leaving and for remaining in the EU are now in full swing. For someone who, like so many other EU citizens residing in the British capital, will not get a chance to vote on 23 June, the situation is a cause for worry. Those in favour of leaving appear to be much more vocal than those in favour of staying in. The IN campaign claims that a Britain leaving will face massive economic losses and uncertainty whereas the OUT campaign seems to be driven by the fear that staying the EU will mean the British Isles will soon be flooded by refugees and economic migrants. At least at this stage, the outcome of the referendum is entirely uncertain.

The “European dream” was seen as the superior alternative to the American dream in the 21st century, something that appears to have been forgotten in light of the financial crisis, the refugee crisis, or the recent terror attacks in Paris or Brussels.

The latest polls see slightly more Britons in favour of leaving the EU than wanting to remain part of it. The Economist magazine created an interactive poll tracker based on all recent main polls. 41 per cent of voters are favouring the Brexit scenario whereas 40 per cent support the idea of the UK remaining part of the EU. However, many do not seem to take much of an interest and are unsure if they will vote at all. Turnout on referendum day will therefore be crucial. The general assumption among experts is that a low turnout will aid the leave camp. According to Opinium, almost half of all voters between the age of 18-34 have not made up their mind if they are going to vote or not – although, this age group is a lot more likely to back staying in. Whereas in the group of voters of 55 and over, the number of those who were certain to vote is much greater and more than half of those are intending to support the leave camp. Research also shows that there is huge gender divide with women twice as likely to be unsure how to vote.

Migration, regulation, and sovereignty have become the buzzwords of why Britain should seek a better and brighter future outside of the European Union. But the debate goes far beyond these issues. As the Labour MP Chuka Umunna said, this is a debate about who the British are as a people and where they see themselves in the world.

Yet, perhaps this is precisely the moment to emphasize that being European is something that goes far beyond membership in the European Union. Though it might have been largely forgotten today, there was a lively and interesting debate in Britain about ideas of Europe and the unity of Europe during the interwar period. Indeed, ideas and dreams of Europe and Europeaness are centuries old. Some, like the legend of Europa can be traced back to antiquity.

The Polish sociologist Zygmunt Bauman has described Europe as a mission. In this mission, Europe has learned its lessons from its past tragedies and constantly moves towards a more cosmopolitan future. Universal human rights, cultural diversity, community relationships and sustainable development instead of unfettered capitalism: these were the ambitions that made Europe the club everyone wanted to belong to during the new member states accession wave in the early 2000s. The “European dream” was seen as the superior alternative to the American dream in the 21st century, something that appears to have been forgotten in light of the financial crisis, the refugee crisis, or the recent terror attacks in Paris or Brussels. Instead, fences have now begun to appear all over Europe and many countries have once again started to look inwards. Small is beautiful. We are better off without the others. So what happened to the European dream or mission, in Bauman’s terms?

The Brexit debate is a good moment for “problem-solving” – to challenge and change to current discourse on Europe, to focus on making the EU more democratic, mores sustainable and more transparent.

Though many keep complaining about immigration, the numbers are nothing compared to the masses of people that were migrating across Europe and beyond in the aftermath of the Second World War. The current immigration discourse is often framed in very negative terms along the lines of “us” versus “them”, with them, the EU migrants seen as socially destructive. Yet it is important to remember the many European migrants who arrived in Britain in the 1930s and after the Second World War and successfully integrated into British society; they shaped the cityscape of London as we know it today and indeed some of their children have become important cultural or political figures in Britain. Examples include the Miliband brothers David and Ed, or Dan Topolski, all of whom have a Polish background. Despite the current anti-immigration discourse, the legacies of migration are part of the very fabric of British society, and often even a source of pride. Londoners confirmed this when they went to the polls on 5 May to elect a new mayor and overwhelmingly voted in favour of the Labour candidate Sadiq Khan, himself a son of Pakistani immigrants.

So instead of being defeatist about the current situation in Europe, should we not be visionaries instead? Britain’s relationship with Europe resembles a marriage in which the partners are having a bit of a tough time – but that does not mean one should immediately file for a divorce; rather, both sides should try to solve their problems first. The Brexit debate is a good moment for such “problem-solving” – to challenge and change to current discourse on Europe, to focus on making the EU more democratic, mores sustainable and more transparent.