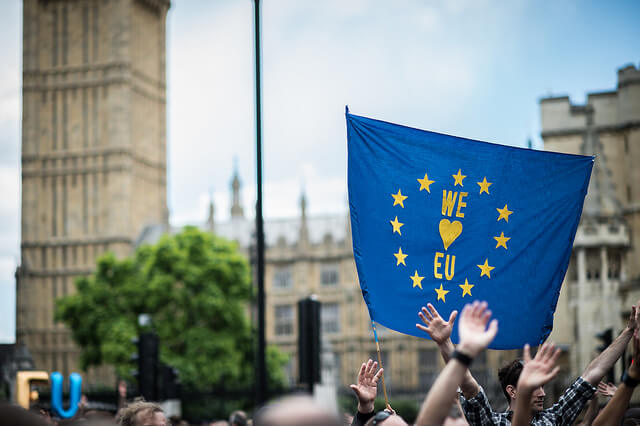 The results of the EU referendum are often viewed amongst the liberal part of the general public as a form of rebellion of dispossessed people against the elites who had detached themselves from society. The referendum campaign therefore became some kind of proxy war, in which the anger of the people was channelled into the hatred of EU, migrants, neighbours. The “others”. Of course, while seeing the referendum as a new chapter in the war of capital against the people is justified there is a more serious problem. A problem that can bring a fatal wound to western liberal and progressive values.

Surprising consensus has been achieved over the reception of the Brexit referendum, involving almost all of the parties engaged in public discourse. Leave and Remain campaigners, political elites, and commentators, at least officially, admit two things. First, that, to an extent, the political status quo has been breached. Second, that the democratic will of the people must be respected; “Brexit means Brexit,”as  they say. The  first problem has been extensively discussed elsewhere. The  second one however,  raises some non-trivial questions:  What does it mean exactly to ”leave the EU”? The  will of which people is to be respected? Not only do there not seem to be any easy answers to these questions, but no one is  even asking them.

EU migrants have accepted the lack of some civil rights in their new country, like voting in general elections,  but now their very basic right to work and live in the UK has been questioned, without any chance for them to have any voice in the  situation.

Whilst any citizen from the Commonwealth was allowed to vote in the referendum, several millions of EU citizens and migrants were not. British Prime Minister, Theresa May, has also suggested publicly that the status of EU migrants in the UK should be “renegotiated” – in the same manner as she would renegotiate customs tariffs on oil or cotton. This is a typical example of a neoliberal transposition of economic discourse to matters of human lives, where “human capital” is treated as any other disposable commodity. On the other hand, we must notice that the migrants are being treated as a third party in negotiations between the British political class and British voters. At the same time, the national governments in  the workers’ original countries do not seem to care about their citizens’ rights (the first sign of this was evident during David Cameron’s ”renegotiations” of British EU membership in 2015). This is due to two reasons. Firstly, these rights are a bargaining chip in the bid for cutting a better deal. Secondly, governments are not interested in protecting the rights of citizens that have left their labour market and currently are outside of their control.

I am writing here about completely legal immigrants, people who have not broken any of the  laws of their new country. Not about illegal immigrants (disregarding all of the numerous ethical problems with this term) or any kind of law-breakers. Some of them were even actively recruited by the British government to work in the UK and had their status guaranteed by EU regulations. These people were recruited to work in crucial civil service roles, that the UK government could not otherwise provide to British society. Although these people must have accepted the lack of some civil rights in their new country, like voting in general elections,  in this specific case, their very basic right to work and live in the UK has been questioned, without any chance for them to have any formal voice in the  situation. Whilst  their rights might have not yet been formally revoked, in public discourse it has already been done. This brings years of uncertainty for migrants, who are still without any chance of political representation.

All of this boils down to a situation where not only the voice of migrants has not been heard, but it even has not been considered as a political possibility. It has not been given any legitimisation in public discourse. Therefore, in my opinion, the  idea that the EU referendum  was a major democratic exercise is simply not true. The group most interested in the outcome of the referendum was disregarded by all major political and social forces. Migrants were pushed into the role of a mute, homogenous workforce. This can hardly be called a democracy. It was more like  an angry mob with voting ballots instead of pitchforks. In England, since the signing of the Magna Charta, no one can be judged without a hearing. During the referendum, the leave campaign prosecuted migrants and the remain campaign served as a subsidiary prosecutor (with promises of curbing immigration), whilst  there was no defence and no hearing. Ruling was given in the referendum.  This just can’t be considered valid democracy.

This can hardly be called a democracy. It was more like  an angry mob with voting ballots instead of pitchforks.

However sad  it may be, progressives need to face a deep problem. I think that we are currently beyond nation-state citizenship-based democracy.  Representation in EU politics is still rooted in this paradigm, while three major factors act against it. The first factor is the complicated state of matters in contemporary politics. How could anyone who has a regular job spend countless hours studying EU regulations or analysing the post- Brexit scenarios, or judge on his own whether there is actually any benefit in voting either way? The second factor is the influence of state-level politics on other countries. British citizens have voted to leave the Union, but the consequences will be felt by the entire population of the EU. The third factor is the abovementioned lack of political representation of EU migrants. Neither the Diem25 manifesto, nor the most recent joint letter of French and German foreign ministers seem to tackle any of the counter-EU-democracy factors. I believe, that the widespread feeling of a democracy deficit in the EU comes directly from these three factors.

The second factor could also be related to other referenda held in EU countries, if we consider the influence they might have on the political situation in other countries of the Union.  As the outcome of a referendum in one country can put the whole Union or even just one other country in economic or political turmoil, can we expect the people voting in such polls to consider the stability and well-being of citizens of other countries? On the other hand, can we expect nations of well-established identity, for example the Scots in the UK , to follow the decision made by mostly Welsh and English UK citizens? Are we dismissing the Scottish nation’s right to self-determination just because they are a minority in the UK?

The problems of the right to self-determination , the very cornerstone of democracy itself, becomes subsequently more and more conflicted with the same right of others. Countries and individuals alike.  A lack of action in these areas will simply lead to the complete dismantling of the EU by nationalism.I do not believe any progressive, and at that anti-neoliberal reform of the EU could be performed and sustained without addressing the questions above. Nowadays, we are experiencing the easiest migrations in history. Crossing borders is facilitated by political integration and constantly improving transport technology, leading to more and more interweaving and mutual dependence  between EU countries and economies. This results in the rising complication of international affairs, taking them beyond the comprehension of any voting citizen. But all of this is not followed by democratic means of expression of the will. Progressives all over the Union and also in the UK should not push these problems aside. There is no time anymore.

Jacek Olender is a philosopher and art conservator, PhD student at the Institute of Philosophy and Sociology of Polish Academy of Sciences in Warsaw and at the Courtauld Institute of Art in London. He is a member of the London branch of the Razem party.