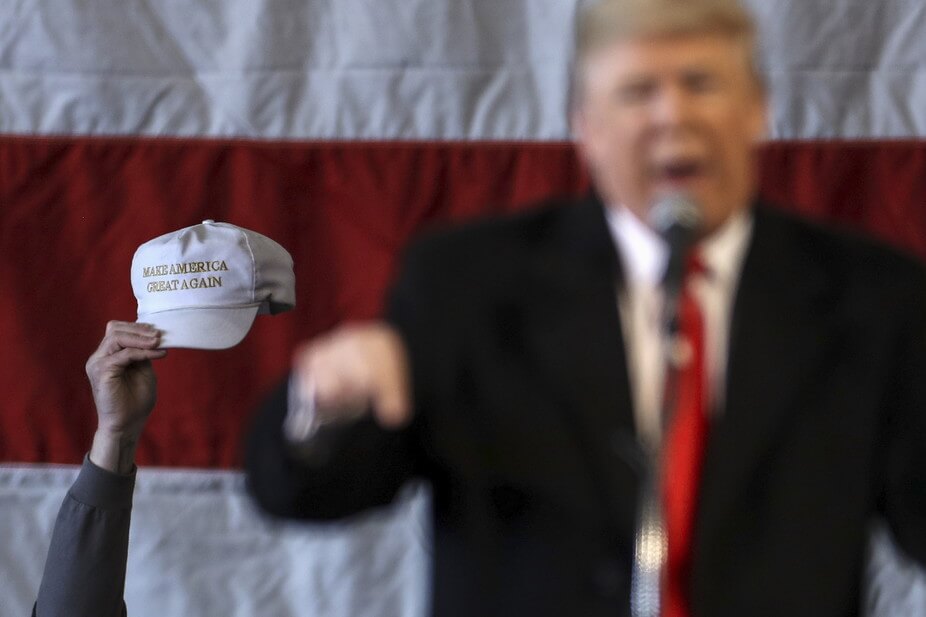 Growing up in Montenegro during the violent dissolution of the former socialist Yugoslavia in the early 1990s, I developed a clear idea of what life should be like. My family and friends invested hope in the idea of a political community founded on ideas of anti-nationalism, feminism, and social justice, not just in our region, but worldwide.

The US President-elect Donald Trump’s purported desire to “Make America Great Again” is the opposite of what we had in mind. But it’s also very familiar to us, as it echoes the kind of nationalist sentiment that was part of the wars in our region.

Trump’s vision is inspired by the image of a clear-cut, sovereign nation and capitalist welfare-state that goes hand-in-hand with impermeable borders and a culturally unified citizenry.

Both the US election and Brexit sparked fears of a future in which borders are redrawn, economies are unstable, far-right parties dominate public spaces, and refugees and minorities are further victimised. It seems easier nowadays to imagine this dystopia than other scenarios. But the lack of optimistic vision on a global level should be questioned. Ideas about what constitutes a “good life” in post-Yugoslav countries contain traces of an alternative vision of the future. This could perhaps be put to use beyond the region.

Today, social, political, and economic conditions in the West exhibit some worrying parallels with former Yugoslavia.

In the 1990s, I witnessed the Socialist Federative Republic of Yugoslavia – consisting of six republics and two autonomous provinces – dissolve through a series of wars whose logic largely followed the so-called “national order of things”.

This often taken-for-granted vision of the world assumed a practically perfect overlap between territory, people, culture and language. A culturally unified citizenry was imagined as governing itself and as being distinct from other groups of people. We see examples of this in Donald Trump’s rhetoric about building a wall along the border with Mexico, and controls on Muslims trying to enter the US.

The Yugoslav wars presented an extreme, violent attempt at turning this type of vision into reality by systematically killing, raping or expelling people perceived as ethnically different, forcefully removing ambiguities over a person’s ethnic and national identity and increasing cultural differences.

They also served as a bloody means of dispossession, and the redistribution of property and wealth.

Visions of a good life

In the midst of wars, economic sanctions, and bloody changes of borders and statehoods, a clear, if fragile vision of a future circulated among many former Yugoslavs.

This vision of a “good life” included peace; critically opposing both nationalism and racism; high-quality public health care, education, pensions, and social protection; freedom to travel; and freedom of expression.

Informed by political frameworks from both Eastern and Western Europe, this idea integrated a hope for just redistribution with desires for cultural recognition, in the form of anti-nationalism, anti-racism and respect for minority rights. While they never turned into reality, these dreams still linger in the region.

More than two decades after the fall of socialism, many people in former Yugoslavia still believe normal lives are possible in the West, or were possible under socialism, but not in the here-and-now.This belief is closely related to the assumption that good lives would be possible once former Yugoslav countries are “properly” transformed.
In other words, once they are “democratised”, neoliberalised and “Europeanised”.

But contemporary global political events, such as the election of Donald Trump, indicate that the Yugoslav idealised vision of a “good life” does not even exist in the West for many people. A sense that resources and wealth are redistributed unjustly and that “someone else” is taking more than their fair share – be they elites or immigrants – seems to be widely present both in the East and the West.

Both too little and too much social change

Post-socialist and post-war transformations in former Yugoslav countries triggered various processes that prevented many dreams of a better life from coming true. These processes included sharp increases in unemployment and economic inequality, privatisation of some welfare services and semi-legal or illegal urban development.

The introduction of flexible jobs and related insecurities further deepened a sense of unhappiness. Similar processes are taking place across Eastern Europe, where, as social and economic geographer Alison Stenning and her co-authors have written:

The ‘transition’ from communism to capitalism in East Central Europe represents perhaps one of the boldest experiments with neo-liberal ideas in the world today.

Most of these changes occurred while local and international elites kept an almost exclusive focus on issues of cultural recognition, promoting or opposing nationalism, racism, minority rights, and so on. There are strong parallels with the US here.

The strong dissatisfaction of people in the West with the political and economic structures governing their lives have produced ruptures in global politics. From afar, it looks as though Trump won because his campaign promised a response to such dissatisfaction.

Yet, Trump’s vision of the future is deeply informed by a desire for the same national order of things we saw during the dissolution of the former Yugoslavia. Despite nationalist promises, a focus on cultural recognition rarely addresses problems caused by unjust material redistribution – and vice versa. There is simply no direct link between the nationalist, racist, and sexist rhetoric that was used in Trump’s campaign that will decrease material inequality.

In 2014, protesters in Bosnia-Herzegovina wrote a slogan that translates to “We are hungry in three languages” (this refers to the three official language standards in the country: Bosnian, Croatian, Serbian). The protests and the slogan show that the strong focus political elites in the country have placed on the ethno-national differences did nothing to ameliorate material inequality.

Political analysts from our region suggest Trump’s victory could fuel local political actors who want yet another change of borders and statehoods in the former Yugoslavia, particularly in the case of Kosovo or Bosnia and Herzegovina.

The rise of Donald Trump makes it very difficult to figure out how to politically articulate lingering visions of a life in which economic security and material redistribution across classes, open borders, and cultural recognition of minority rights might fit together. But it also shows that the problems that linger in the former Yugoslavia are felt around the world.

This article was originally published on The Conversation. Read the original article.

Carna Brkovic
Carna Brkovic is a postdoctoral researcher at the University of Regensburg. She is currently working on a research of humanitarianism in Montenegro during and after the Socialist Federative Republic of Yugoslavia (SFRY).
> see other articles <