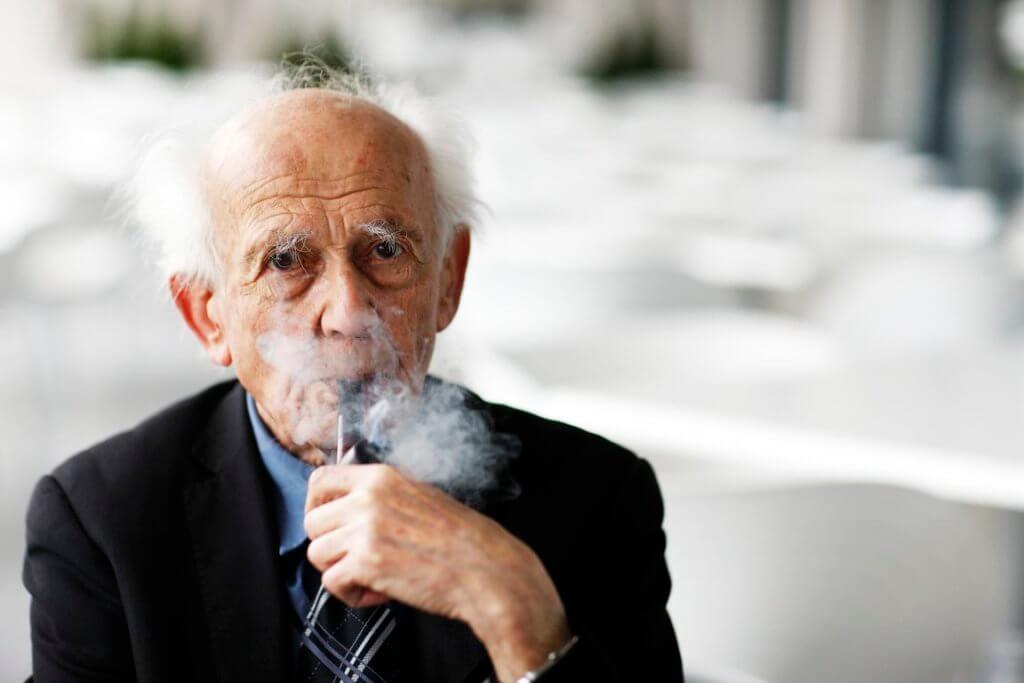 Giuliano Battiston, l’Espresso: Amongst the “liberal left”, in the UK and USA, there’s a major response to the Donald Trump’s electoral success: fear. “This is a moment of great peril”, “Donald Trump’s victory challenges the western democratic model”; he will “carry us into a different political era, a post-neoliberal, post-end-of-history politics, than any other imaginable president…”; “the election of Donald Trump to the Presidency is nothing less than a tragedy for the American republic, a tragedy for the Constitution…”. Do you agree with this sort of apocalyptic response?

Apocalyptic visions crop up whenever people enter the Great Unknown: being certain that nothing, or not much will continue as it heretofore was, while having little if any inkling what is bound to or likely to replace it.

Reactions to Trump’s victory, as you know, were instant and prolific but, amazingly, they were all but consensual: very much like in the case of the Brexit vote, ascribing the Trump vote to a popular protest against the political establishment and political elite of the country as a whole, with which a large part of the population had grown frustrated for failing to deliver on its promises.

No wonder that such interpretations were most common among the liberals, who hold the strongest vested interests in the maintenance of the present political establishment.

Not being part of that elite, never having occupied any elected office, coming „from outside the political Establishment“ and at loggerheads even with the party of which he was formally a member (rejoining in 2009 after a 5-year stay with the Democrats), Trump represented a splendid and unique occasion for such a wholesale condemnation of an entire political system – just as in the British referendum, where all major political parties (Conservatives, Labour and Liberals) united in their call to remain in the EU and so one could use his/her single vote to record his/her distaste for the political system in its entirety.

Another (or rather complementary) factor all too often cropping up in the instant commentaries was the notable hunger of the population for the replacement of the endless but ineffective and impotent parliamentary bickering with the indomitable and unassailable will of a „strong man“ (or woman) and his/her determination and capability to impose right away, without prevarication and procrastination, the quick fixes, shortcuts and instant solutions of his or her choice. Trump skilfully construed his own public image as a person of such qualities of which large parts of the electorate dreamt…

These were surely not the only factors contributing to Trump’s triumph – but surely crucial and perhaps the principal ones. Clinton’s thirty-year long membership of the establishment and her half-way, wishy-washy, piecemeal agenda militated, on the contrary, against her as the right and popular choice.

What I believe we are currently witnessing is a thorough re-hashing of allegedly untouchable principles of „democracy“ (though I don’t think that the term itself will be abandoned as the name of the political ideal; that „signifiant“, as Ferdinand de Saussure would have branded it, has been absorbing and is still capable of parenting many and different „signifiés“. There is, for instance, a distinct possibility of the traditional safeguards (such as Montesquieu’s division of power into three autonomous – legislative, executive and judiciary – sectors, or the British „checks and balances“ system) falling out of public favour and being stripped of significance, replaced explicitly or matter-of-factly by condensation of power within an authoritarian or even dictatorial model. The cases you’ve named are some of the multiplying symptoms of a tendency to – so to speak – bring power from the nebulous elitist heights where it has been placed or has drifted „closer to home“: into a direct communication between the strong (wo)man at the top and the aggregate of their supporters/subjects, equipped with „social websites“ as media for indoctrination/opinion surveys.

Although Trump focused on racial-nationalist issues, his appeal was not entirely based on ethnic nationalism. Many analysts have already emphasised that, apart from a set of regressive attitudes towards difference, the most valuable calling card for Trump has been the economic anxiety of US citizens who have been feeling marginalised by globalisation. The two aspects – economic anxiety and anxiety towards the Others – are linked together? How?

The trick was to connect the two: make one of the two, inseparably intertwined and beefing up each other. And this was precisely what Trump, a trickster supreme (though by no means alone on the world’s political stage) has managed to achieve. I am inclined even to step further beyond the oft-mentioned marriage of identity politics and economic anxiety – to suggest that Trump managed to condense all aspects/sectors of existential uncertainty that haunt whatever has remained of the old working class and former “middle” classes, and indoctrinate the sufferers that removal of strangers, ethnic aliens, asylum-seekers and other foreign newcomers was the dreamt-of “quick fix” which would put paid to ALL anxiety in one fell swoop.

Some of the people who voted for Trump belong to the category of the “expelled”: those who were part of a “social contract” and have been marginalised or pushed out of it, and those who have never been and have no hope to be part of it in future (what Bonaventura de Sousa Santos referred to as “post- and pre-contractualism”). Do you agree with those academics, like Saskia Sassen, who claim that Trump’s victory represents the end of the inclusive model of the post-war Keynesian economic model, in favour of a model marked by an opposite trend, expulsion?

The passage  from an inclusivist to exclusivist worldview, mindset and policy is everything but new.

It has been closely synchronized with another qualitative leap – from a society of producers to a society of consumers, one which can’t exist without marginalization: setting apart an “underclass” not just degraded in, but exiled from the society of classes, or a category of “flawed consumers” unfit to be readmitted. The current trend of the “securitization” of social problems adds grit to the same mill: casts the nets of exclusion yet wider while relegating its catch from the category of lesser, though still benign quality, to a more sinister, because  toxic – morbid and murderous – division.

In some of your books, for example in Search for Politics, you have analysed what you call the “wicked trinity”, uncertainty, insecurity and vulnerability, the feelings of people living in a world where a divorce has occurred between power and politics. Does this divorce inevitably lead to the request for a “strong man” (the theme you addressed in a paper you sent to the Istanbul Seminars, published in Corriere della Sera) and to populism?

Yes, I’m inclined to believe so. The divorce you mention leaves a gap – a frighteningly widening gap – from which the poisoning mixture of hopelessness and haplessness emanates. The orthodox and so familiar and believed-to-be-available instruments of effective fighting back the troubles and anxieties are no longer believed to be capable of delivering on their promises. To a society in which fewer and fewer people remember, first hand, the charms of living under a totalitarian or dictatorial regime of the yet-untried strong (wo)man this seems not a poison, but an antidote: because of their pretended, assumed or ascribed capability of getting things done, instant solutions, quick fixes and immediate effects they promise to carry in their dowry.

Beppe Grillo, the leader of the Italian MovimentoCinqueStelle (Five Stars Movement), wrote a brief comment after the victory of Trump, emphasizing the similarities between his own party’s success in Italy and the success of Trump in the USA, stating:”Those who dare, the stubborn, the barbarians, will bring the world forward. And we are the barbarians!”. Now, we are used to judge all anti-establishment forces as forms of populism. Don’t you think that too often populism is a passe partout label, used by a self-confident Establishment in order to avoid the task of having to understand who the barbarians are, and what they actually want? Should Trump’s election be interpreted also as a message to the “Establishment?

In Europe, Grillos are currently thick on the ground.

To those whom civilization has failed, barbarians are the saviours.

Or this is what they lean over backwards to convince the gullible of being. Or this is what the abandoned and neglected in the distribution of the civilized gifts ardently desire to believe. Some establishments might be eager to grasp that opportunity, just as some believers in posthumous life are sometimes eager to commit suicide.

This text was originally published on Social Europe and is the edited version of an interview in l’Espresso.

Giuliano Battiston
Giuliano Battiston is a freelance journalist and researcher who contributes to Italian newspapers and writes for the Inter Press Service news agency from Afghanistan. He is the author of a book of interviews with Zygmunt Bauman: "Zygmunt Bauman. Modernità e globalizzazione".
> see other articles <