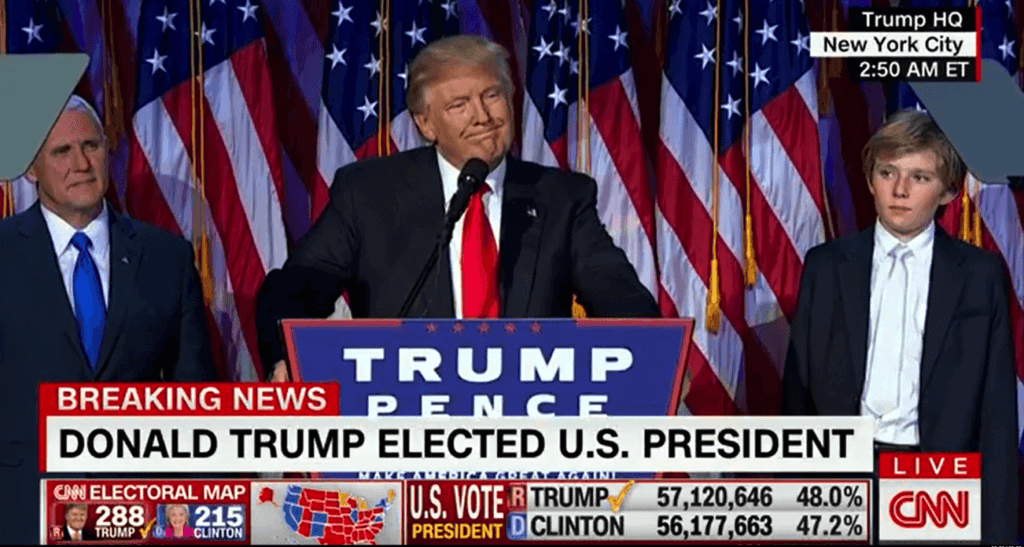 Like Brexit, Trump’s victory has clearly been driven by a right-wing ‘culture wars’ agenda: in this case, the unholy trinity of racism, sexism and misogyny, and Christian fundamentalism. Good education, and, especially the widest access to the higher education, is a solution to that particular problem. Liberals, who are now going to blame everyone for what happened (‘stupid people’, ‘Bernie bros’, etc), should think how they have contributed to this very outcome by insisting that ‘not everyone needs to go to college’ and ‘there is no such thing as free education’.

Many seriously misleading things will be written about the role of the ‘white working class’ in coming days and weeks. While it is clear that lots of working class people voted for Trump, the social situation is similar to Brexit: the (small) majority of Trump voters are ‘middle class’, just as 58% people who voted for Brexit were ‘middle class’. This shows that any kind of simplistic understanding of this outcome, based on patronising, demonising or fetishizing the ‘working class’ and their alleged ‘legitimate concerns’ about immigration, race, etc, is regressive and simply wrong. Like Brexit, this result was in part achieved by dividing the working class (rather than mobilizing it as a whole, as the mainstream liberal narrative suggests). However, its main driving force is the mobilization of the fears and prejudices of the petty bourgeoisie: first and foremost, their resistance to the social state, taxes, gender and racial equality. This agenda, and more precisely its anti-social part, is also supported by capital. That is the social nature of what has happened.

Beyond that, this result is an indication of a massive crisis of the system. This is frightening: things may get much worse. But let’s not cry about the lost status quo too much either: this is (has been?) a terrible system, based on industrial-scale violence, especially violence outsourced to countries on the periphery, but also distributed to subaltern actors in the US. As we have just seen, the establishment has no adequate response to this crisis, which will render the inevitable whining about the perils of anti-establishment rhetoric only more pathetic. This makes the task of reinventing politics beyond the awful choice between the corrupt and violent status quo and the probably even more violent right-wing pseudo-alternative only more urgent. For one thing, even if one wishes so, one cannot simply return to the status quo with the help of a magic wand. It is unravelling for a reason. And, so, instead of indulging wishful thinking, we better spend our time, energy, and efforts on working on a genuine political solution.