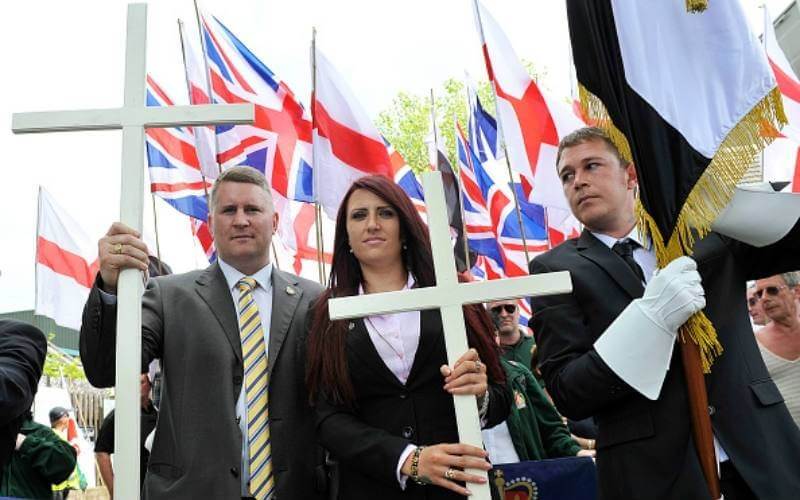 “One can’t fail to see the connection between the wave of migration and the events in Europe. Granted, not every immigrant is a terrorist, but in Europe we don’t pursue the right policy on immigration.”

Those were the words of Beata Szydło, Prime Minister of the Polish right-wing government, after the March terrorist attack outside Parliament in London. In Poland, her words gained wide support from the public. But in Britain, they were a cause for revulsion even for anti-immigration tabloids (e.g. The Sun). Not only because they were ill-suited: the attacker was not an immigrant, he was a Brit who had converted to Islam as an adult. Mostly because it is Poles who form the largest immigrant group in the UK (over 916,000 in 2016).

Ironically, Poland sees a migrant threat at its own borders. As with the populist right in Britain, there is a widespread idea in Poland that all the calamities in the world are the responsibility of immigrants (especially those from Muslim and Arab countries), and Europe must do all it can to keep them out.

But what the British and Polish populist far right share in common ideologically is also what may be dividing their communities from each other within Europe itself. While anti-Muslim attitudes have exploded, ethnic nationalism among individual European nations is also rising. Outside of Poland’s borders, Poles themselves paradoxically sometimes become “the others.” In many communities in the UK, Polish migrants are viewed as “uncivilized” outsiders from the East who sponge off government handouts. Polish right-wingers put the “East” or “the uncivilized” further east, however, and view Poles abroad as “part of the European family,” since they are white, Christian and, as members of the EU, entitled to free movement and employment across borders in other EU countries.

And so far, Poland has offered even less hospitality to Muslim and Arab migrants seeking passage through its own borders. Under the right-wing government’s rule, the country has accepted none of the refugees who have come to Europe during the so-called migration crisis from the Middle East and Africa.

The xenophobia that has grown in Poland with the mass influx of Ukrainian migrants proves that we can expect feelings of rivalry with migrants of all backgrounds to grow.

It’s easy to attribute Polish distrust of Muslims in large part to the influence of strong anti-Islamic populism now thriving under the right-wing Law and Justice party. As opinion polls show, willingness to receiving refugees (implicitly: from the Middle East) fell from 72% (in May 2015) to 39 percent (in February 2016). With Muslims making up less than 0.01 percent of the population, Poles are generally exposed to Muslim people through images in mainstream media coverage.

Yet xenophobic sentiment is also growing stronger with the recent mass migration of another group—more than 1.3 million Ukrainian migrant workers who came to Poland after the eruption of the military conflict and economic decline in the east of Ukraine in 2014.

We can expect the feelings of rivalry with migrants of all backgrounds to grow among the working class, which right-wing populist activists have actively exploited.

But ethnic or racial explanations seem insufficient as millions of Poles have emigrated themselves since joining the EU, and now live in places where they have every chance to overcome their stereotypes and meet other immigrants, people of different skin colour or people of different faith. And yet their approach to immigration in their home country remains hostile.

The paradox of anti-immigrant sentiment among people who become migrants themselves is not specific to Poles: nationalist tendencies are now visible among other migrant minorities, for instance among German or Dutch Turks, not to mention the “radicalization” of Muslim immigrants. Comparable tendencies can be seen among citizens of European countries with migrant background: in Germany populists (AfD) are trying to win the vote of “former” Russians, Poles etc.; extremely far-right Sweden Democrats are courting similar voters.

Why do more established immigrants hate new immigrants – especially when the “host countries” have a long tradition of exporting their own people to other nations?At the root of this xenophobic hostility across Europe are social factors: headlines of Polish tabloids (including those read by immigrants) proclaim, it turns out the strongest stereotypes are economic in nature. They promote the idea that “new” immigrants are coming to compete with citizens or older immigrants for jobs or live on welfare payments. Similar headlines can be found in British tabloids, the difference being that they warn against Poles, not Syrian refugees or Ukrainian workers.

Anti-immigrant views have been present in Britain for a long time and have intensified since the anti-EU Brexit referedum, sometimes leading to bias-driven violent attacks. The city of Harlow in Essex became the symbol of anti-Polish xenophobia when in August 2016 a Polish immigrant was beaten to death there. The day a memorial march was held in his honour, a few Poles were seriously injured in a brawl that, according to the British media, was also a hate crime.

Anti-immigrant rallies in Great Britain protesters lash out at both Poles and non-EU immigrants: the groups are lumped together by virtue of their coming the Great Britain recently, in the era of growing economic instability. Such events do not seem to trouble the Polish populist right when it expresses support for analogous attacks on Ukrainians or non-EU migrants in Poland.

In Poland, we have our own Others. Stereotypes concerning Ukrainians (viewing them as a dirty, uncouth, uneducated mass from the East) overlap almost one-hundred percent with stereotypes of Poles in Britain and other areas of Northern and Western Europe. That is, even though Poles are considered part of the same wave of Eastern European migrants now “taking jobs” from citizens in richer economies, they show similar prejudices toward outsiders in their own economy.

Most Poles can’t see the irony of the situation in which they see immigrants coming to Poland through the same lens Polish immigrants are seen in Western Europe. The far right tries to differentiate Polish emigration to other EU nations, by citing a desire for “special treatment” from richer EU countries due to hardships imposed by economic transformation and the legacy of the Cold War and soviet rule. The belief in “cultural proximity” is also widespread – “we have the right to migrate because, unlike others, we are similar to Western Europeans.”

Current xenophobia across the West has its roots in the 1970s, the time of oil crisis, soaring inflation, high unemployment. During the 80s and 90s, a once solid working class began suffering mass layoffs or were forced into low-wage jobs. In the neoliberal era of Reagan and Thatcher, alongside the collapse of the Soviet Union, the mechanisms that had supported upward mobility were dismantled. Moreover, the communities that had grown around industrial production: factories, sports clubs, pubs, disintegrated.

But the anti-immigrant narrative developed along different trajectories in the US and across Western and Eastern Europe.

The xenophobic turn was rooted in social anxieties and cultural tensions in countries of Western Europe, which until 1970s or 1980s were not immigrant destinations and whose identities were strongly based on ethnicity (and, in some cases, on religion). American patriotism always had at least an image of being somewhat pro-immigration, due to the cultural notion of a nation “built by immigrants.” Meanwhile, disruptions of mass migration to the Western European social fabric were partially offset by the relatively strong welfare state at first. But austerity has increased social unrest recently.

Poles abroad ironically don’t think of themselves as immigrants but as Europeans.

Eastern Europe, in contrast with both Western Europe and the US, knows neither large-scale immigration nor welfare state. After World War II, Poland became a mono-ethnic country. Once the the Eastern Bloc was “opened” in the late 1980, small wonder anti-immigrant populism emerged quickly. Meanwhile, Poles abroad, ironically don’t think of themselves as immigrants but as Europeans.

The European left’s older-social democratic parties, more and more pragmatic and willing to make neoliberal concessions from the moment welfare state began to be dismantled, has not risen to the challenge. Nor did American democratic politicians. The populist right was faster and more efficient in offering solutions to crisis victims.

Anti-Islamic discourse following 9/11, the 2008 financial crisis, and the massive expansion of social media – all these social forces have become tools in the hands of populists and drove the public toward anti-immigrant movements in both Europe and the US.

One thing that xenophobia in the States, Western Europe and Eastern Europe share in common is cultural egotistism: we all know that good days are in the past and whatever remains we prefer to redistribute among ourselves all the while pushing “newcomers” to the social bottom. And even when the newcomers move up in the social ladder, they themselves are quick to marginalize those who follow a few steps behind them.