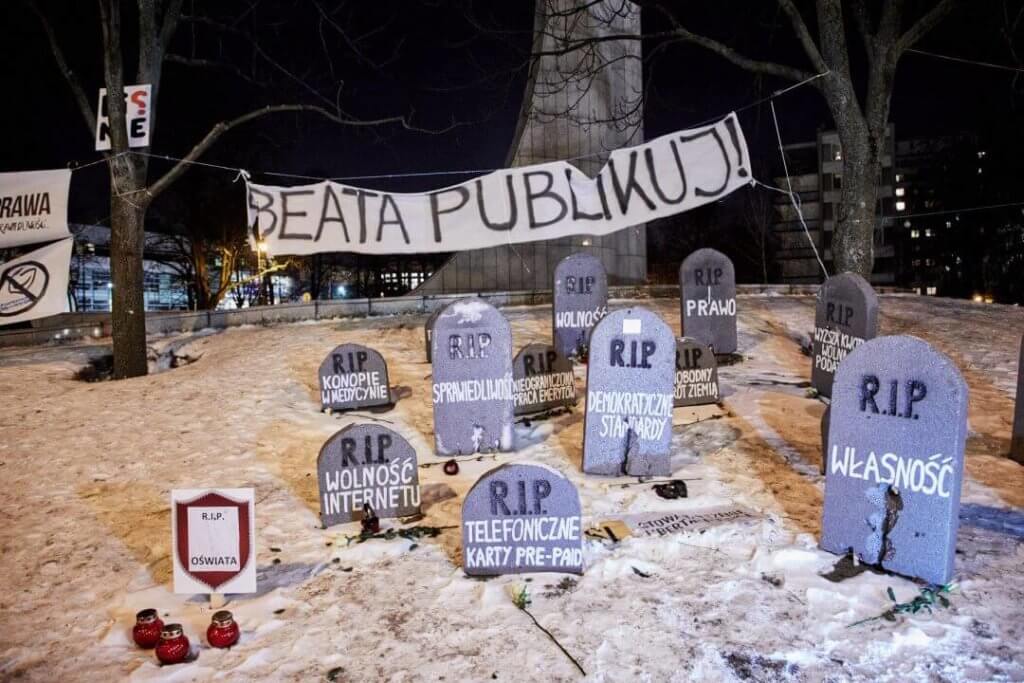 Warsaw saw another anti-government demonstration on Wednesday in sub-zero temperatures even though it seems the liberal opposition is effectively done for. Its representatives embezzle money from their donors and are perfectly happy to go on vacation when protests are taking place. That is how we can summarize the disenchantment that followed the steps of some opposition leaders in Poland, which is in the midst of a parliamentary crisis and dismantling of democratic mechanisms.

Yesterday, after almost a month, the occupation of the Parliament’s main assembly hall by opposition MPs officially ended. The protest started on 16 December after Jarosław Kaczyński, along with the members of his party Law and Justice (PiS), illegally moved the voting into the adjacent room where – behind closed doors, without the presence of the opposition or journalists – they ratified the budget. This was quite obviously a violation of the Constitution, and it was in recognition of this fact that thousands of people went out into the streets on the weekend before Christmas. Over the last two days, a chaotic drama unfolded in the Sejm, with a real possibility of  violence blockading MPs being led out by force by the parliamentary security units. In the end, the opposition surrendered and stopped the blockade.

If the wide political spectrum of the opponents of PiS had any hopes of Kaczyński having finally gone too far and something breaking, they were in for disappointment. Poland now functions in two parallel realities: PiS claims the decision on the budget was legal, while the opposition refuses to accept it even though the protest is over. What’s more, representatives of the largest liberal opposition parties and movements have lost the last shreds of trustworthiness due to two scandals.

The events of the last couple of days suggest the liberal answer to authoritarian nationalistic populism is effectively spent – and not just in Poland.

KijuLeaks and the vacation on Madeira

The end of Mateusz Kijowski, means the definitive end of Mateusz Kijowski, the leader of non-parliamentary opposition movement KOD (Committee for Defense of Democracy), was spelled out in an embarrassing  scandal immediately dubbed “KijuLeaks” probably. While the pony-tailed man who frequently shouted slogans about democracy at protests already had a mark on his reputation through the threat asset seizure for not paying alimony, he appeared to possess no income that could be taken away from him. Now it turned out Kijowski tried to beat the system by paying himself for “IT services” he was supposed to provide to KOD – the movement he leads. Needless to say, these services were compensated more than generously and provided Kijowski with a lavish monthly income. Everything would presumably have been in order if Kijowski had transparently admitted that KOD pays him – no one claims that leading a mass movement is not hard work. As things stand, the fact he openly lied in public in order to cheat the distrainor – especially when it comes down to evading paying for his own children – put the final nail in the coffin of his reputation.

The opposition in the Parliament fared no better. While MPs occupied the assembly hall, the leader of  the neoliberal party Nowoczesna (“Modern”), Ryszard Petru, stated that due the parliamentary occupation, no opposition politician should go on vacation. Two days later, he left for Madeira. This caused a rift between the hitherto united opposition parties. While the left-wingers could view this as a happy occasion, as Adrian Zandberg from progressive left-wing party Razem put it, even though the liberals finally managed to make utter fools of themselves, there is no reason for schadenfreude. They are becoming the opposition Kaczyński always dreamt of – weak, non-credible, ineffective and confirming one of PiS’ slogans: that the liberals are corrupt and a “good change” needs to be implemented right now. In short, the developments of the last week have buried the last hopes for a strong, united opposition that could plausibly challenge PiS.

So what’s left in Poland? The tens of thousands of people who care about Polish democracy and the regular violations of it by the government. But they lack leaders who could be trusted and who are capable of offering a real alternative. The fact the speakers at anti-government demonstrations often fail to come up with anything better than cheap jokes at the expense of Kaczyński’s height just shows the political hollowness of such protests. The liberal opposition has nothing to offer – either in terms of personnel or policies. Furthermore, calls for the return of the old order has less and less mobilizing potential. At the Wednesday protest, the slogan “Lech Wałęsa” felt like a relic of the past.

But who can take over the leadership of the opposition?

Left-wing commentators would like to interpret the current situation as an opportunity for Razem – but we must not forget this party scores at about four per cent in polls, an insufficient amount for entering the Parliament. And that is with Razem doing everything “right”: it presents left-wing topics and honest, practical solutions, it has stayed clear of any compromising scandals. Yet it’s message is not reaching people beyond the bubble of social networks.

But also in other contexts, liberal parties are proving to have the worst answers to the conservative turn – for example the British Liberal Democrats are completely meaninglessly demanding to repeat the EU referendum because they are at a loss over Brexit and the fact so many people wanted it. The Polish opposition, including its leftist section, is also at a loss. In a country where the social agenda was taken over by the PiS with a distinctly nationalist accent and where racially motivated attacks keep occurring, a narrative about redistribution, building strong state institutions provide social security for everyone (including immigrants) and multicultural co-existence of different religions and nations rings hollow.

But KOD sounding like a broken record with their slogan of “freedom, equality and democracy” is also failing to motivate, as the smaller protests of December showed. Poland has become a textbook example of what is happening all over the western world: we are living through the collapse of the dominant ideology of the last decades – liberalism. It would, however, be naïve to think we can free ourselves of such a powerful ideological consensus in a matter of days or months. The need to keep clinging to liberalism tooth and nail because it is the only imaginable answer to the politics of PiS will be present in a big part of Polish society for some time – and it is only with great caution and patience that we can talk about the chance for the Left. 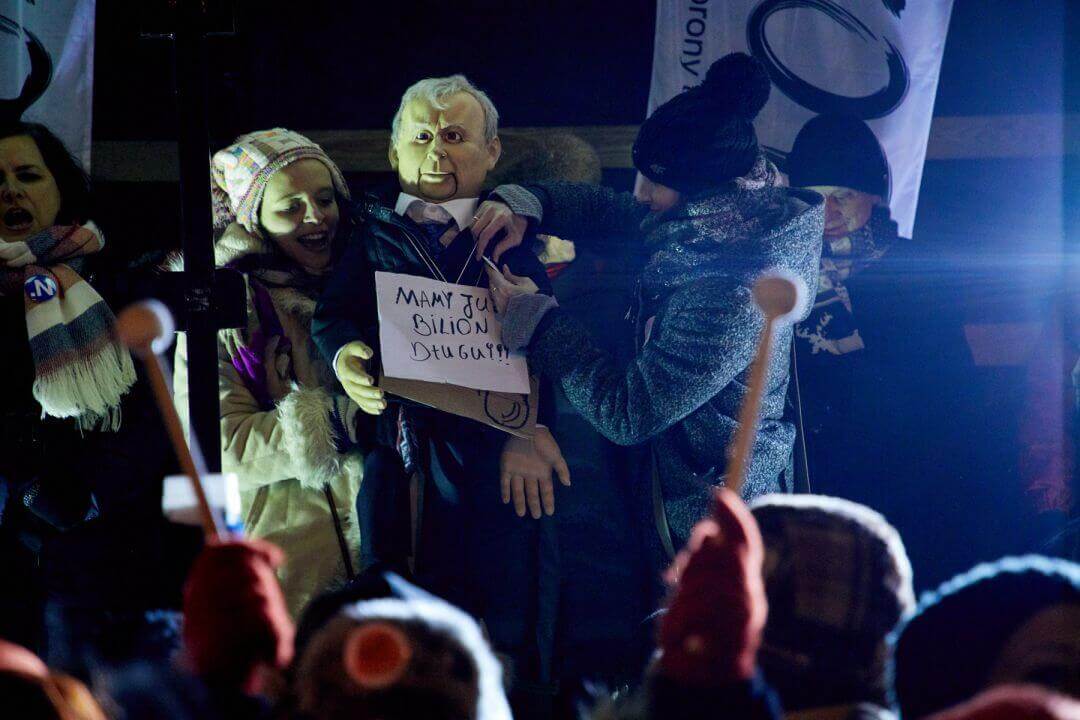 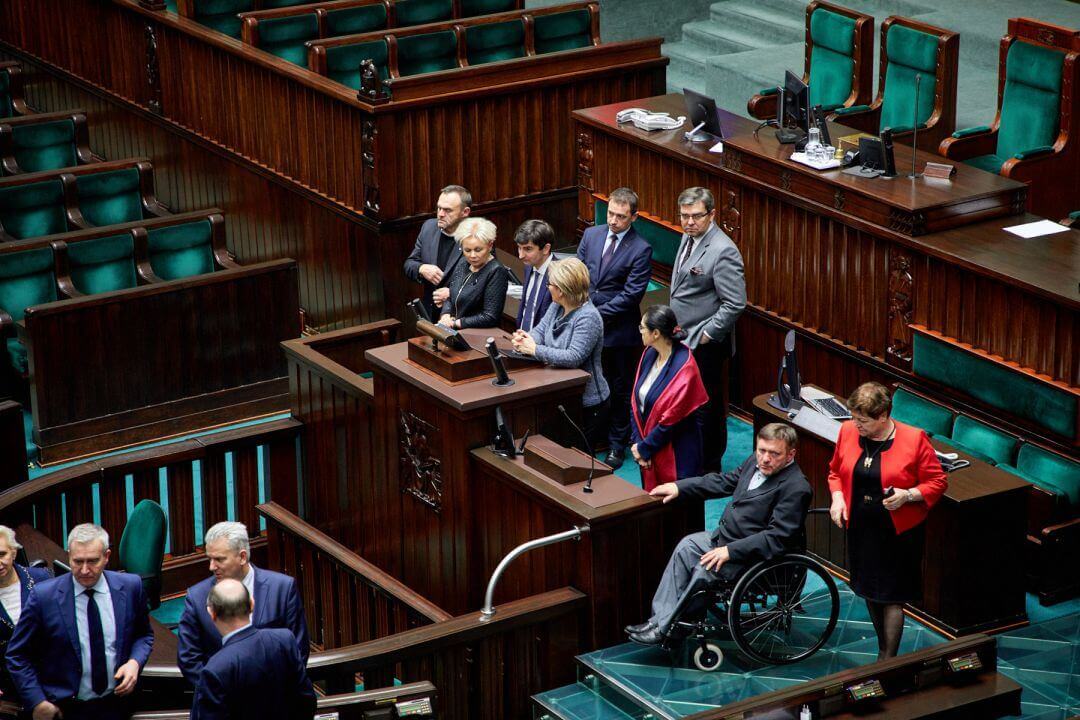 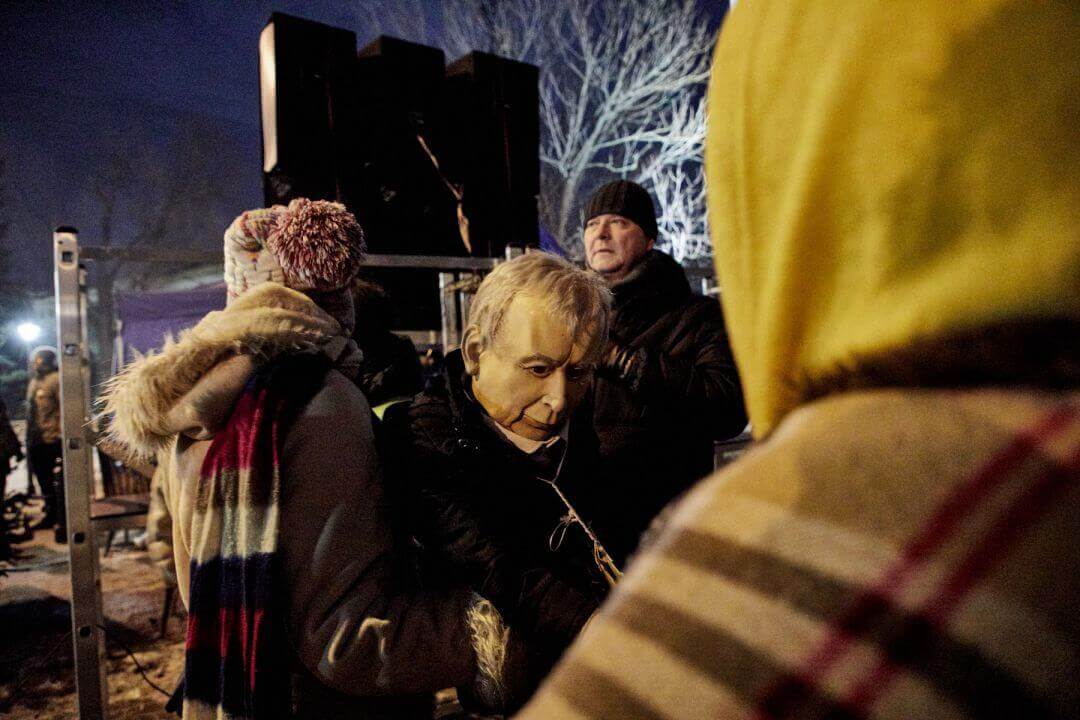 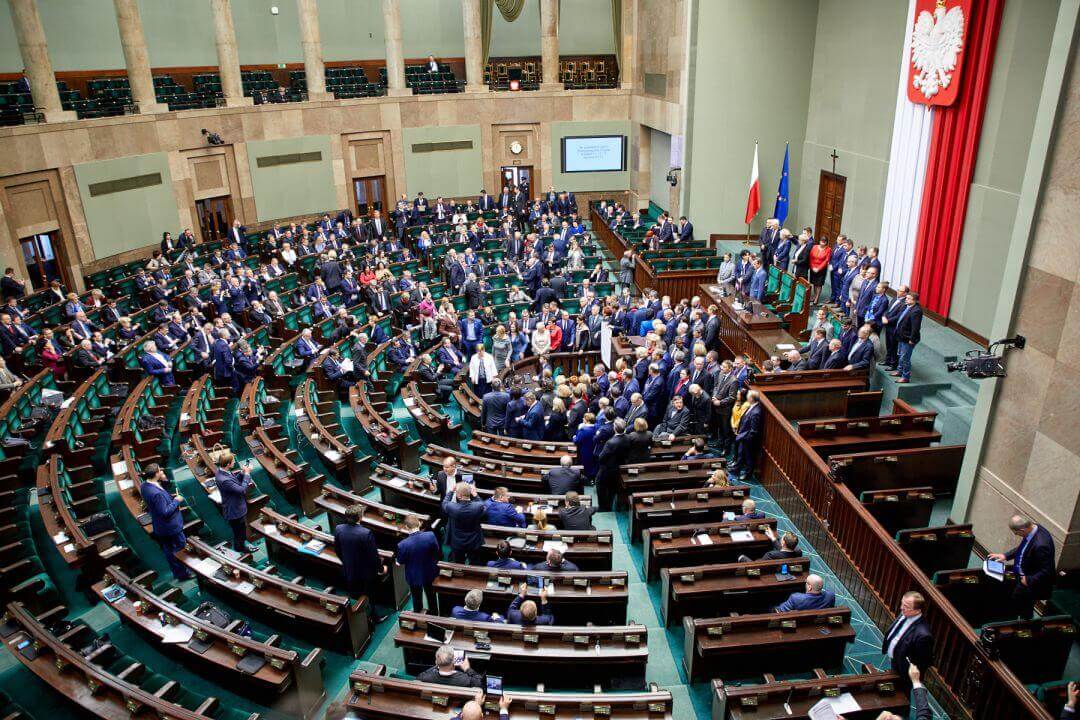 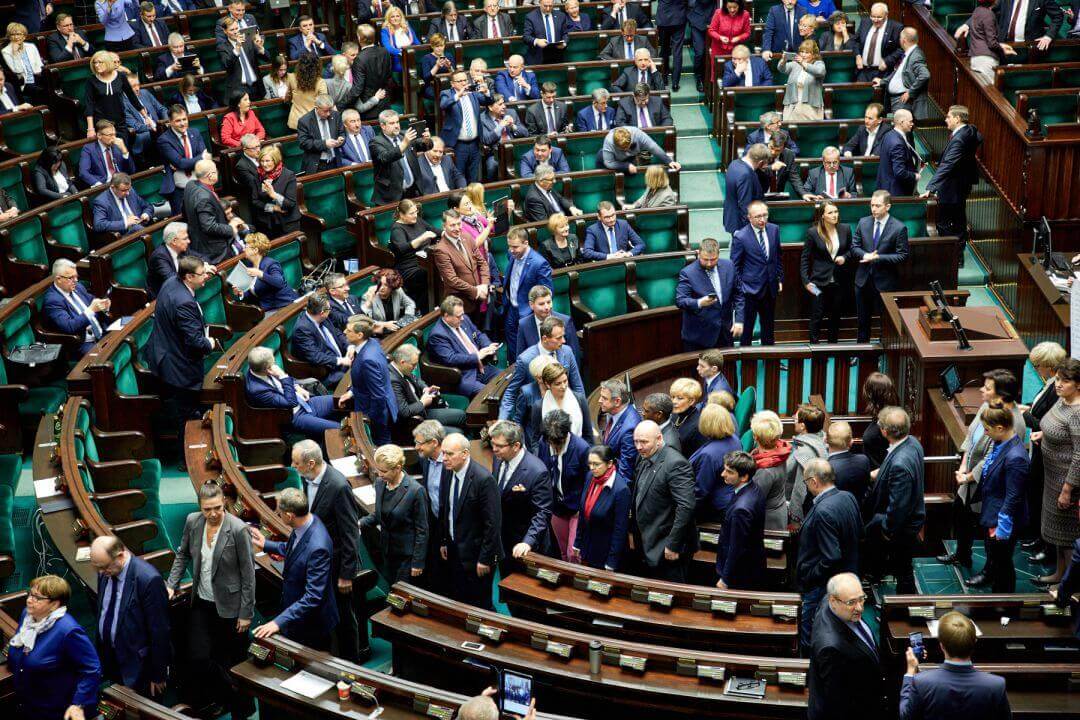