Having changed the public media into a tool of propaganda, turned the educational system upside-down, ordered the logging of the oldest natural forest in Europe, caused the largest public demonstrations after the fall of communism, and finally invented a new country, Polish ruling politicians are now trying to take control over the judiciary. If this continues, what will be left from the Poland we had known before the 2015 elections?

The court will now help the government to continue their state-damaging populist reforms.

On Wednesday night, Law and Justice (PiS), the ruling party with a parliamentary majority, submitted a highly controversial bill draft to the Parliament whereby all the members of the Supreme Court will have to step down. Except for the ones who will be personally permitted to stay by the Minister of Justice, Zbigniew Ziobro. It basically means that the court will now help the government to continue their state-damaging populist reforms.

First and foremost, this is a clear violation of the separation of powers model of state governance. In Poland, according to the trias politica principle, powers as well as areas of responsibility are divided between legislative, executive, and judiciary organs. They should all remain in balance and keep checks on one another. However, the bill proposed by the ruling party takes the power from the judiciary and puts it in the government’s hands. 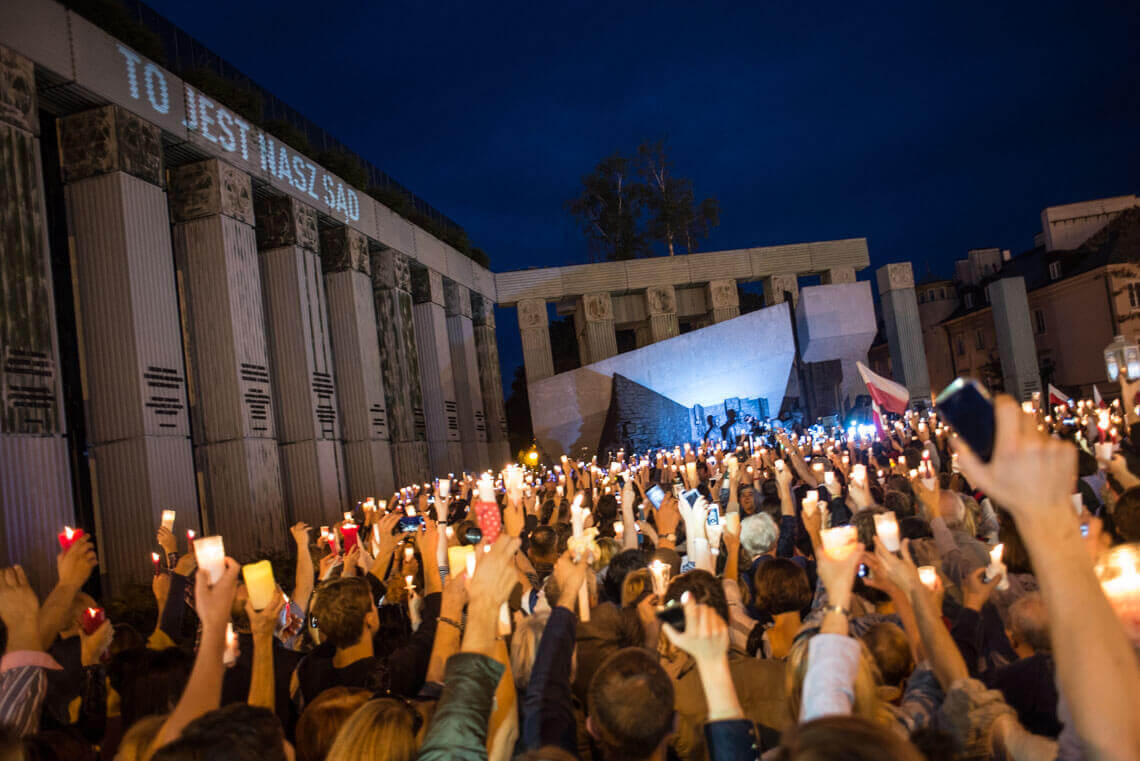 But what is the fuss all about? Why did the party introduce such a provocative bill?

Taking control of the courts will undoubtedly be used to supress the opposition in the future.

Michał Sutowski from Krytyka Polityczna lists a number of reasons. First, PiS is continuing its agenda of decommunisation of state structures – which has been a lifelong paranoia of Jarosław Kaczyński, the leader of the party and de-facto leader of the state. The idea of decommunisation provides him and the government with a great opportunity to get rid of inconvenient individuals. Second, taking control of the courts will undoubtedly be used to supress the opposition – thinking about the future of the party, PiS wants to compromise the opposition in the eyes of the Polish citizens. Finally, Sutowski claims, the provocative draft bill will serve Kaczyński as a guinea pig to verify two important issues: the social and international reactions in response to his actions and the loyalty of the Minister of Justice, Ziobro. Thus, Kaczyński will be able to kill more than two birds with one stone.

The collapse of Polish democracy

The worst case scenario is, however, a bit different. It is crucial to realize the importance of the Supreme Court in the electoral process – it investigates election complaints and ratifies the results of the elections. Having such great power is surely tempting. In an interview given to Newsweek magazine, Adrian Zandberg – one of the leaders of the left-wing party “Razem” – expressed his fear, saying: “You can’t be the player and the referee on the same football pitch. Full control over the elections can’t be placed in the hands of a single politician! And this is what will happen when the bill passes.”

From 18th to 20th of July the final parliament meeting will be held, which will be the last opportunity for PiS to pass the bill before the summer break. Thinking realistically, there is no chance for the bill to fail; thus, the last chance for blocking it would be the presidential veto. But political commentators do not see it coming. 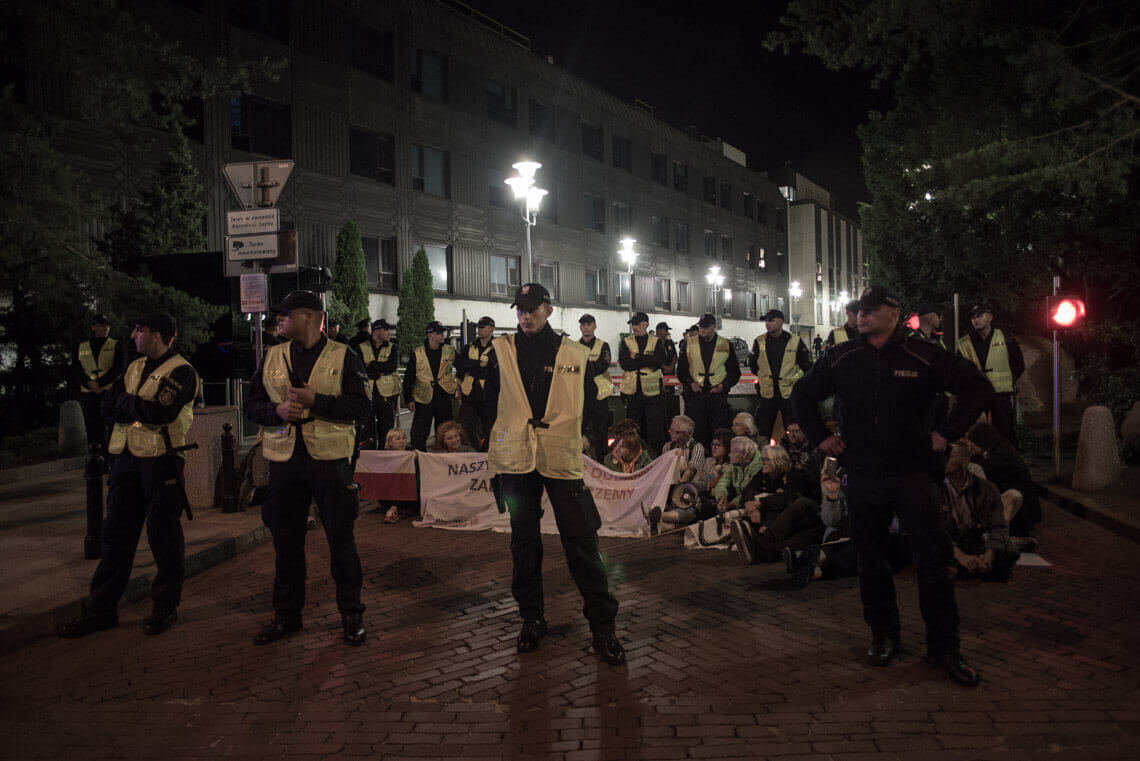 Despite being in the minority, the parliamentary opposition is not passive and together with numerous democratic movements announced its fight for an independent judiciary. On Saturday, more than 10 thousand people came to protest outside of the Parliament building. Later, the manifestation moved to Krasiński Square, where the Supreme Court is situated and protesters lit thousands of candles as a sign of dissatisfaction. But it is too little to make a serious change. If anything is clear for this moment, it is the fact that the opposition has to be more united than ever and that society has to fully support it, at the same time showing its discontent publically.

Hopeless as the reality may seem, Poles have already witnessed a case in which the PiS government stepped down from their plans – the so-called “Black Protest” held in September 2016, where thousands of Polish women dressed in black boycotted work and took to the streets of more than 50 cities against a proposed total abortion ban, resulted in the government’s withdrawal from the bill. Only a mass mobilization on such a scale combined with a strong stand of the opposition and clear international reaction can be of help now.

Illiberalism and authoritarianism can be successfully challenged in Poland

But here we are faced with two severe problems: the disunity of the opposition and low public awareness. If we do not tackle these issues effectively, we will have to expect that future reforms – made in the name of “introducing the rule of law” – will bring more disruption than we could have imagined. 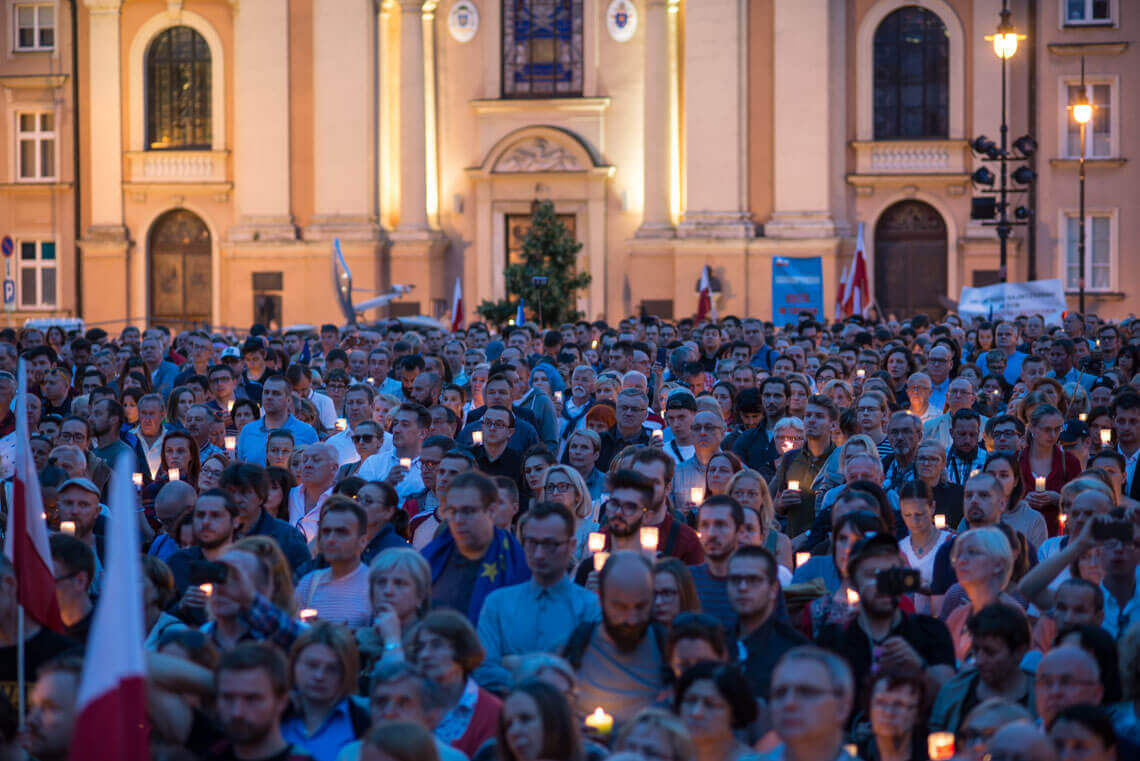 You can also read the Official Statement of Helsinki Foundation for Human Rights here:
http://www.hfhr.pl/wp-content/uploads/2017/07/joint_statement_july2017.pdf