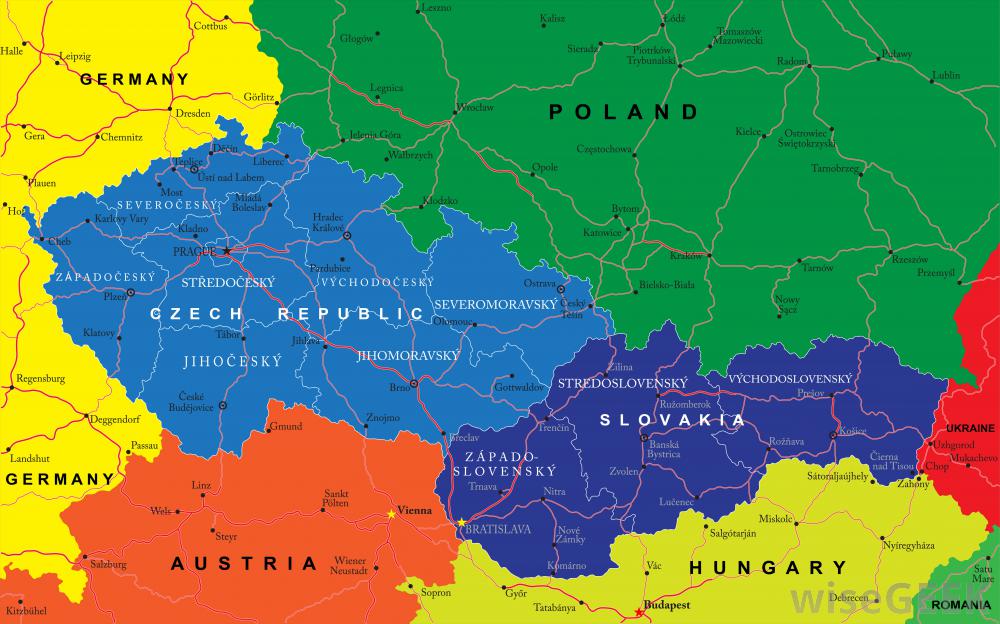 The strange exceptionality of Central Europe is a recurrent issue these days. The critique of emerged and emerging authoritarian practices points to an ongoing trend, one that deserves to be properly analyzed. Credit should go to approaches that understand this phenomenon as geographically and socially based as opposed to those that blame each government separately and which, as a result, tend to simply reproduce superficial complaints about corrupted politicians.

Although it is a truism that the political mainstream in the West is far more liberal than that in Central Europe, one can still wonder why the differences are so striking. Here I think we should seek to understand the multitude of factors which contribute to the development of anti-democratic tendencies. We should view these tendencies as rooted deeply in the actual history of this region, as well as (and perhaps most importantly) in the lack of a federal European model.

When every single problem slips into the field of culture, this serves to illustrate the underlying vacuity of political discourse.

According to the good old liberal view, when there is integration, there is also cooperation and every member of society tends to cooperate with other members. To a large extent this view is borne out in practice. Nevertheless, such a perspective also overlooks the accumulation of dividing lines which are the result of globalized “discursive practices” for which, when it comes to Europe, there could not be more fertile ground than the countries of the Visegrad Four. This is for both geographical and social reasons. Along with many possible strictly internal causes, we should also mention those causes which appear to have predominantly external, or rather, general origins.

The two most visible authoritarian regimes today, Poland and Hungary, are also the most significant actors in Central European geopolitics. Their respective relations can shape the policy image of the whole region towards third parties due to the vital interests of their mutual cooperation, as well as towards the remaining two Visegrad countries, the Czech Republic and Slovakia. And yet a willingness to cooperate hardly means anything on its own; it functions as an accelerant of other prevailing tendencies. Consider the post-communist experience of this region. The freedoms acquired after 1989 could hardly be said to atone for the utter destruction of all major social bonds and the ferocious penetration of the so-called free market accompanied by a wild privatization of the public space. Although it helped some enterprises to amass profits, it also showed the ambiguities of the monopolized free market. In light of this, it was always going to be a matter of time before the major domestic oligarchs would push “their” governments to take “appropriate” action.

Considering these developments, we should also bear in mind the fact that capitalism is no longer dependent on a democratic background. What we are witnessing in Central Europe could be seen as either a part or a symptom of this emerging phenomenon, yet with European connotations. In times of crisis, and with the departure of foreign investments, it is no wonder that domestic capital seeks ways to establish or restore its dominance. This trend is evident when we look at the changes to the ownership structures of some major media outlets in Central European countries. These maneuvers indicate the will to control public opinion. Are we then able to understand this as a response to the anxiety of Central Europe?

We actually could, but we cannot dismiss other existing dividing lines, especially that of anti-politics. This is a widespread social phenomenon affecting the whole continent, not just the Visegrad Four, but only in the Central European region has this perverted image of politics managed to occupy the “upper echelons” so that it became part of mainstream political discourse. The Central European area was quite simply not able to engage in “Politics” in its classical European sense due to a variety of historical reasons. The belated occurrence of manifold national movements within the Habsburg Empire had a rather negative impact on the development of civil societies across its succession states. Despite several attempts to exalt Central Europe to the status of a significant power during the inter-war period, it is actual power that counts and those attempts were never brought into effect, the region’s influence remained marginal.

If we were to take a glimpse into the distant past, we would discover that the Central European area has its own “demons”se, as they were named by the leading Czech philosopher and public intellectual Václav Bělohradský. He avoided giving more detail as to what those demons might be; however, he has spoken about nostalgias capable of activating them: anti-politics, closed national communities, and the demand for a higher culture of elites. Is it not that precisely in these unsettled times, Bělohradský’s rather general features start to materialize across the whole region? The substance of anti-politics is clearly visible today. When every single problem slips into the field of culture, this serves to illustrate the underlying vacuity of political discourse. Look at the virtuosity with which the Slovak government preoccupied the public sphere with the migrant and refugee crisis. In like manner, the rights of sexual minorities and the rights of women were yet another hot topic shared across the region. The multiplication of cultural issues could only help anti-politics to flourish.

A brutally honest criticism of the ongoing illiberal tendencies should be supplemented with an attempt to envision a different Central Europe, one in which a radically democratic discourse can be initiated and supported.

It could seem that appealing to national communities, which is something that is done to a certain extent by all the governments or representatives of the Visegrad Four, would have only marginal effects. But on the contrary, such appeals seem to gain more and more traction. Even more interestingly, these appeals serve as a unifying factor for the respective countries. Today, the appeal to a national community has become a powerful tool which needs to be taken into account when dealing with Central European states. This shows us the vulnerability of the European project without federalization. As far as the demand for the higher culture of elites is concerned, I think it is reflected in the eyes of anxious people who believe that migrants and refugees have come to destroy this culture. The image of the higher culture of elites always served solely as a justification of the conservative order in which the “nobles” thought to have some mission towards the “mob”. It does not matter that such culture exists no longer, if it ever did. At the same time, this demand for higher culture is replaced by an individual faith in the possibility of affording a better life for everyone. No surprise that the masses tend to support protectionism, and are likely to filter out threats to their democratic principles.

Even if we agree that Central Europe was not able to implement European democratic principles sufficiently, we cannot simply blame its particularity and not look at the big picture. Anti-politics exist in the West as well, albeit in a more sophisticated form. There is nothing political about Frankfurt-directed measures and arrangements. They demonstrate only the so-called democratic deficit of some institutions in the European Union and are evidence of its unfinished and misplaced integration. Instead of a neoconservative culture-based fiction, we are offered here a neoliberal market-based fiction, and it is precisely to the latter fiction that the emerging authoritarian Central Europe is reacting.

What is then to be done? Shall we be comforted by the knowledge that the fault does not lie only within our states? Definitely not. We should be brutally honest with ourselves and stop scapegoating those in power. Central Europe is subjected to global capitalism as much as the West is. This means that to properly understand the rise of Central European authoritarianism, one has to perceive it as the consequence of an incompletely integrated Europe in which particularisms will only tend towards the formation protectionist blocks. There is no such thing as a “spirit of Central Europe” – other than a political and economic one. Nonetheless we should not fail to recognize the emancipatory potential of Central Europe, for its capacity to influence European policy remains relevant and significant. Hence a brutally honest criticism of the ongoing illiberal tendencies should be supplemented with an attempt to envision a different Central Europe, one in which a radically democratic discourse can be initiated and supported.