On Wednesday 13 September, citizens groups the3million and British in Europe in partnership with Another Europe is Possible (Global Justice Now), European Alternatives, Migrants Rights Network and UNISON are organising A DAY OF ACTION to celebrate the lives of the 3 million EU citizens living in the UK and the 1.2 million British citizens living in Europe. 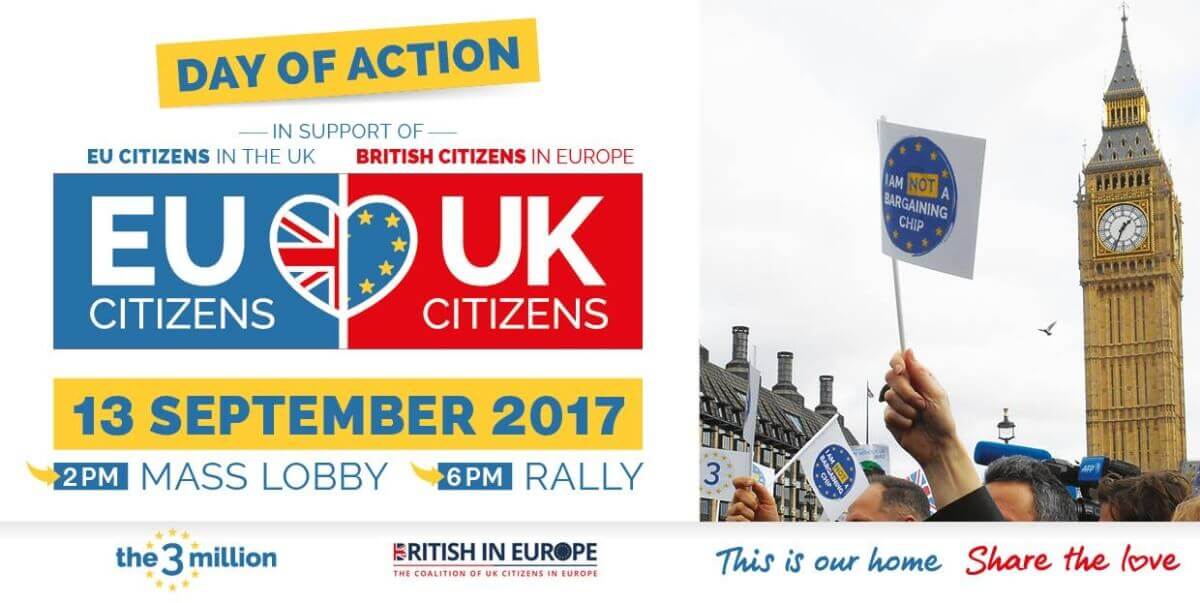 How to get involved?

British in Europe and the3million are inviting you to an e-lobby / mass lobby of Parliament to give you the opportunity to make your voice heard and ask MPs to fully protect our rights after Brexit so we can stay in the countries we love. The mass lobby is a day where EU citizens and their British family and friends, along with UK voters living in other EU countries, will arrange to meet with their MP in Parliament to raise their concerns and tell their own story. We are not asking for special treatment – just that the rules of the game are not changed after the match has started. More information: https://www.the3million.org.uk/masslobby

The rally will offer the opportunity for EU and UK citizens to proudly get together in this iconic British square and stand up for #citizensrights in the Brexit negotiations. We’ve invited London mayor Sadiq Khan to address the crowd, as well as NHS EU nurses, scientists, eminent brits living in Europe and citizens just like you. At 7pm, various EU London choirs will ask you to join them in singing Ode to Joy. The rally is part of a wider day of action for #citizensrights, featuring a mass lobby of the UK Parliament and the publication of an open letter to the British Government and the European Union asking to protect all existing citizens rights for our lifetime. We expect at least 5,000 people to come together in support of EU citizens in the UK and British citizens in Europe, with significant media coverage. More information: https://www.the3million.org.uk/rally

On our Day of Action for Citizens, we will publish an open letter to the British Government and the European Union signed by businesses, public sector organisations, trade unions, universities and charities asking for citizens’ rights to be protected.

This comes after a survey of 2,000 EU citizens by consultancy firm KPMG revealed that up to 1 million EU citizens could be leaving the UK after Brexit, reducing the UK’s workforce by 3.1%, thus creating a skill gap crisis of unprecedented scale (i). ​

In order to make the maximum impact, we need as many signatories as possible and we’re asking you to contact your employer to ask the Managing Director or CEO to support the non-partisan campaign of the3million and British in Europe to protect the existing rights of EU Citizens in the UK and British Citizens in Europe. Your support is important as it would provide a much needed relief among a general feeling of not feeling welcome anymore. 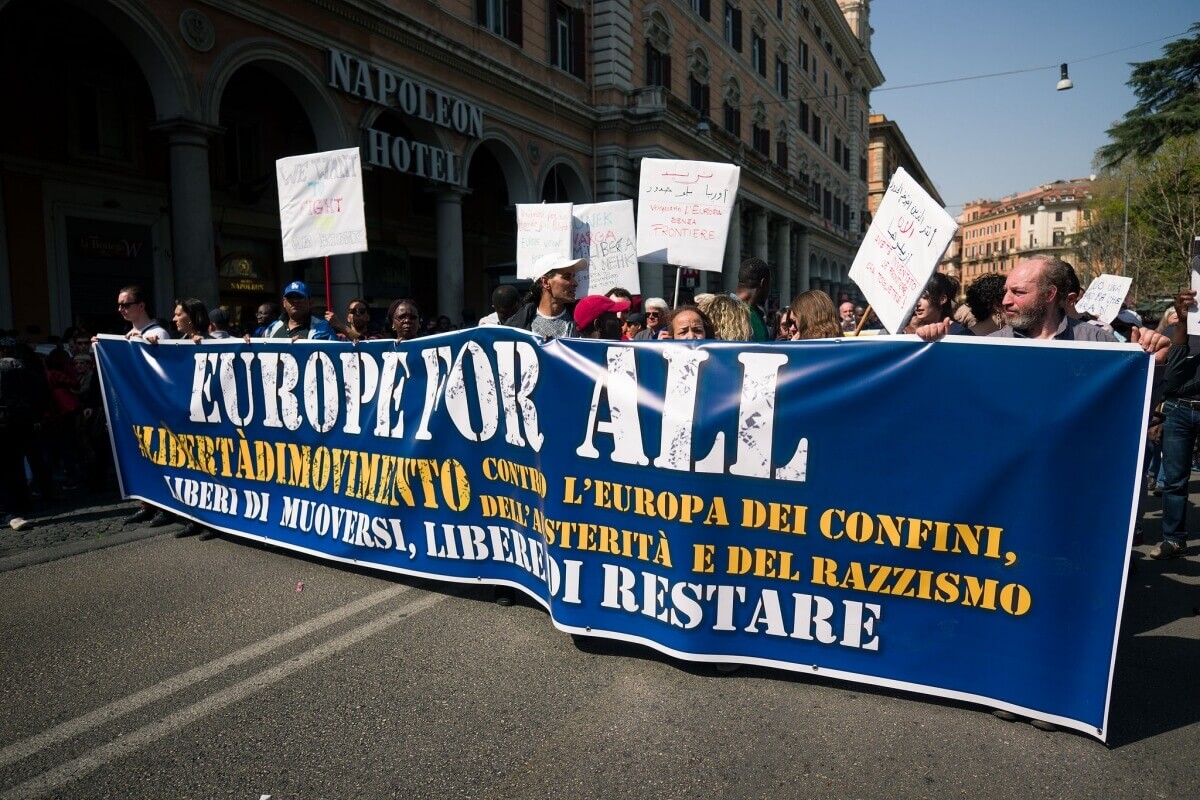 Why doing a Day of Action for EU citizens in the UK & British Citizens in Europe?

We are entering a crucial phase in the Brexit negotiations between the United Kingdom and the European Union and we expect both sides to have agreed #citizensrights on principles by the end of October so now is time for all of us to stand up and tell both institutions not to play with the lives of 4.2 million citizens but to secure a settlement that will guarantee over their lifetime the exactly same rights that they enjoy now.

We are not asking for special treatment – just that the rules of the game are not changed after the match has started. In the name of fairness, no other outcome would be acceptable and Brexit cannot be used as an excuse to strip us of any of our existing rights now or in the future.

This is why we are organising a day of action in support of EU citizens in the UK and British citizens in Europe on Wednesday 13 September and we are urging everyone who agrees with our cause to join us on that day.

There are various way you can get involved on Wednesday 13 September:

2. Join the mass lobby of parliament at 2PM

3. Join the Rally on Trafalgar Square at 6PM

4. Ask your employer to support our open letter to the British Government and the European Union

You can also donate for the rally at https://www.gofundme.com/citizensrally2017 (we have a £10K target to cover all costs related to the rally) or volunteer your time on the day to be a member of our team of stewards at [email protected]

On September 13th, whether you are an EU Citizen living in the UK, a British Citizen living in Europe or simply someone who believe that we should be able to continue to live our lives unchanged, stand up with us to protect citizens’ rights.