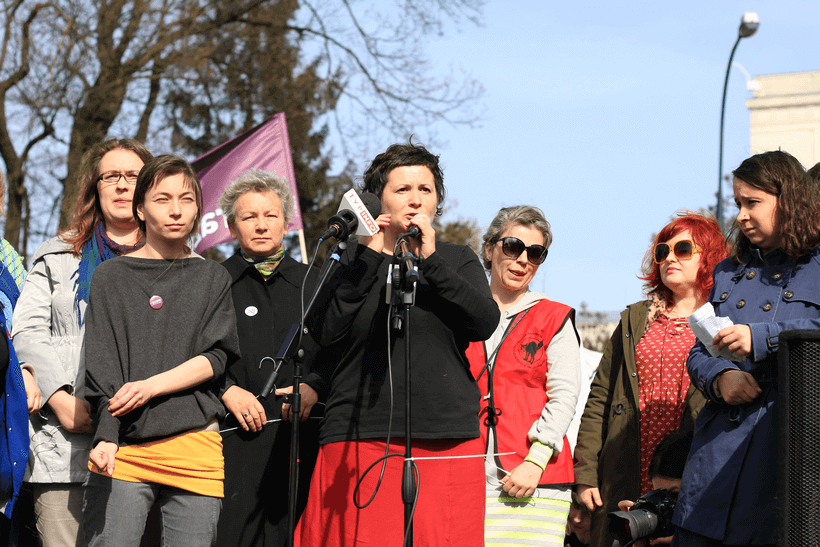 – A few days ago, an anti-choice association brought a proposal for an even more restrictive antiabortion law than we currently have to the Polish Parliament. Polish Prime Minister Beata Szydło, influenced by a statement of Polish Catholic bishops, announced support for the draconian project. At the same time, opinion polls show that 50,9% of Poles want the current anti-abortion law to be liberalized and only 20% support the extremist Catholic project – says Agata Diduszko-Zyglewska, an activist, journalist and a member of Krytyka Polityczna.

The rallies were organized by the leftwing Razem party under the slogan “No to torturing women in Poland”.

Prime Minister and Catholic bishops against women’s rights in Poland

Marta Modzelewska
Photographer, activist and a member of Krytyka Polityczna.
> see other articles <