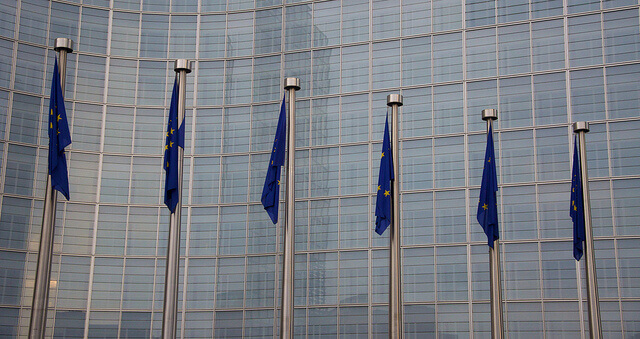 When I am in New York, it is clear that some are incredulous that the majority of Britons should wish to leave the EU and indeed we saw that President Obama warned strongly against it. Some think that the “proof is in the pudding” to coin an English expression because Donald Trump came out in support of Brexit – indeed, this has been the argument in Britain and elsewhere too, “how can you be in the company of Farage, Gove….and now Le Pen”.

For many years, the argument stateside was that USA voters were simply stupid and did not understand what was important, for them or the country. That was the explanation held by many college educated liberal leaning concerned East- and Westcoasters whose explanation as to why George Bush got elected – twice – was because of all the “stupid people” (often and generally white), particularly those in the South and Midwest. Few could explain why there did not seem to be a political way to convince voters to go another way. The view varies across states, however one thing that is consistent is that there is increasingly a “cultural divide”, whereby certain “types of people” are seen, by their “cultural signifiers” and lifestyle choices as being one “type of person” or another. So what car one drives, whether one has a gun and where you go shopping is understood in a narrative about “that sort of person”.

This is very similar to the comments and responses that we are seeing in Britain too and it points to an enormous “gap” between how various commentators and our mainstream politicians understand the world today and the lives of ordinary people.

For so many years the public were not a part of the decision making intentions of all the major political parties and in Britain the majority vote for Brexit came as a severe shock to many.

For so many years the public were not a part of the decision making intentions of all the major political parties and in Britain the majority vote for Brexit came as a severe shock to many. It is also true though that the most recent general election was also a ‘surprise’ as so many were convinced of a Labour Party victory. This is a stark reminder that citizens of Britain have views, concerns and opinions – and that so many believed that the issue of who makes decisions about our future and who may have some control over them is a crucial one.

While many have tried to suggest a range of things to challenge the democratic outcome – such as the people were ‘duped’ and lied to and were confused and disoriented by all the rhetoric – some have gone even further now and shown their true colours by saying things like the “rank and file” of British people should not necessarily be given the option to vote on such a crucial issue and many have said that there is too much ignorance and some even have pointed at having tests and smaller groups of voters who are “educated” in the issues. Like with America though, so many are projecting their notions of what “those types of people are” and believe. For many that voted Remain the answer is a new type of racism and xenophobia – yet many have stated (as the Poll shows below) that their main issue was about who makes decisions about the future of Britain. 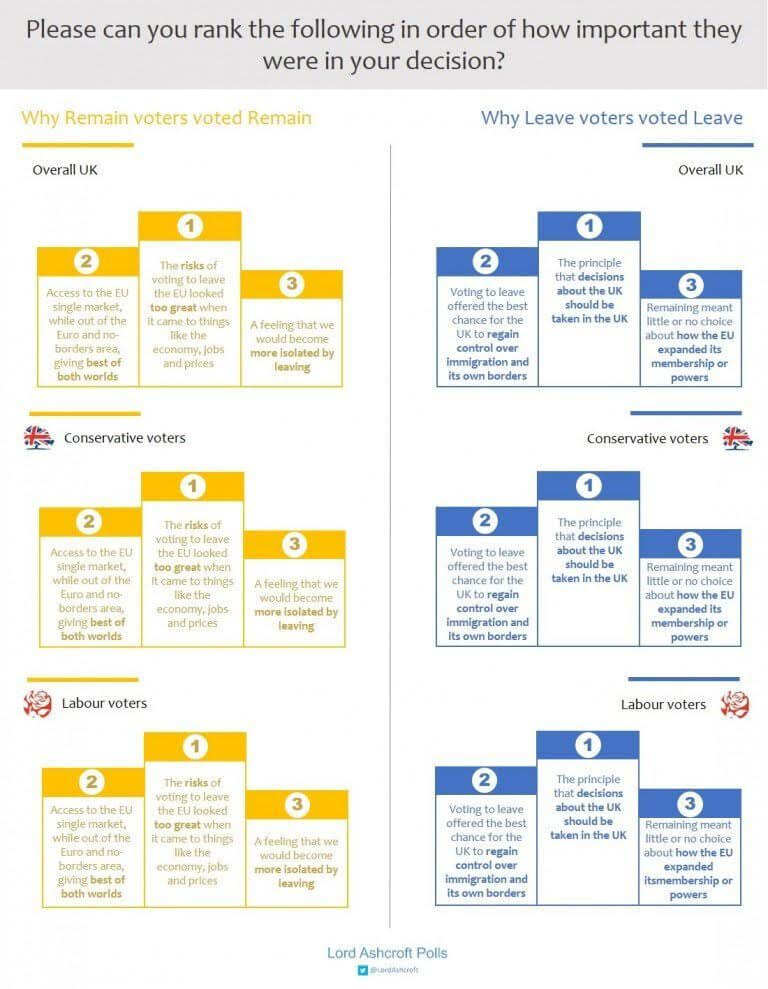 All of this points to some of the deepest challenges in Britain – as well as across Europe and internationally. However, the people that are running society have become very isolated from the public: the concerns of a growing ‘populism’ across Europe are ironically exacerbated when such contempt is shown by suggesting that the vote was compromised due to people being confused and attempting to undermine the clear voice that the people have provided. It is unclear currently where this will go, but some are genuinely attempting to circumvent a democratically arrived at decision while others will attempt to delay, stifle, water down and suffocate the intention to leave the EU. Tragically, not only is this thoroughly anti-democractic but sadly this simply reinforces the very problem that already exists.

People seem to forget, but for much of the twentieth century no major decisions could be implemented without politics – and aiming to convince the majority of the public of the efficacy and value of the ideas and direction. This is important for the vitality of society and the shaping of our nations and the world. It provides the opportunity for politics to happen again in a real sense, not just a in the managerial pragmatism that has played out. There have been others that rejected the EU of course, Ireland did so but were told it “didn’t count” and to vote again. The EU is not Europe and certainly from Maastricht onwards has played a very particular role and we have seen examples from France to Italy and of course Greece as to how undemocratic it can be. Many are now talking about what this means for them in various European countries and the enthusiasm for the EU is far less than some would like to present.

There is the opportunity for a creative and dynamic approach, innovative and optimistic and it will depend on who can get to have an influence on this.

The consequences in Britain will be – what people choose to make of them. It is interesting that both Conservative and Labour are having existential crises. There are many possibilities, the breaking up of some of the parties may well occur – although that is a continuation of the exhaustion of a certain way of doing things that has been playing out for quite some time. Principles are important in all of this. Had Jeremy Corbyn for instance argued consistently for his own view, to Leave, rather than Remain – it is quite likely he could have won the Labour Party monumentally. Instead, he too was seen as someone that put “pragmatism” before principle. Whoever wins in the Conservative Party, Brexit will have to be managed and UKIP is not going away anywhere. There is a broader opportunity too however, for those that voted both Remain and Leave, that believe firstly and foremostly in the importance of Democracy. Where one stands on Triggering Article 50 of The Lisbon Treaty as soon as possible is one of the markers of this. Beyond that too though, while some presented this in advance – apocalyptically – and are now talking up panic and fear from hyping up fears of the Far Right to the collapse of the market – others see this as an opportunity, an exciting new moment of possibility in shaping where Britain goes and how it does so. Many issues, from how Britain creates wealth, invests in infrastructure, combines the market and state and plans for the future, to what kind of controls (if any) should be on borders and why and how we orientate ourselves to the entire world are all up for discussion and debate. Hopefully it will not be drowned out by some of the recent shrill tantrums we have seen particularly on social media and in parts of the media. Rather, there is the opportunity for a creative and dynamic approach, innovative and optimistic and it will depend on who can get to have an influence on this – where for the first time in many many years, almost the entire country is in avid debate about politics again.

I hope that rather than stereotyping people as “types” we all take this opportunity to have political discussions and win over some “hearts and minds”, overcoming the echo-chamber effect and laying the foundation for a more positive outlook.

Alan Miller is Director of The New York Salon and co-Founder of London’s Old Truman Brewery.

Time to Talk is a young and vibrant pan-European network of centres of debate, dedicated to stimulating discussion on the key socio-political themes of the day. Political Critique will publish a series of texts focused on Brexit and its consequences, provided by members of Time to Talk.

Beppler: The gap between reality and rhetoric in the EU