Bernardo Kucinski presents his novel “K.” and the recently published German translation “K. und Die verschwundene Tochter”, his first award-winning novel passed in the time of the Brazil´s Dictatorship (1964-1985). The novel  is based on the true story of his family, Polish Immigrant Jews who went to Brazil in the early 30s of the XXth century. Kucinski is considered one of the most important voices of the families of “disappeared people” – deported or reported missing – who were captured and murdered at the time of the Brazilian Military´s Dictatorship (1964-1985).  The sister of Kucinski, Ana-Rosa Silva Kucinski was also a target of repression. She had joined in the 1960s a resistance group and was arrested in 1974 with her husband. Since when she has been considered missing.

The author, a prominent Brazilian scholar and journalist, born in 1937 in São Paulo, and son of a Polish Jewish immigrant family, long after the end of the years of the dictatorship was a close advisor to President Lula da Silva. He has published several books and scientific references. (Text: Embassy of Brazil in Berlin) 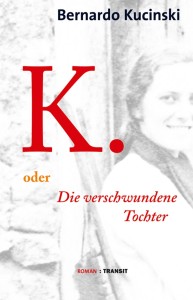