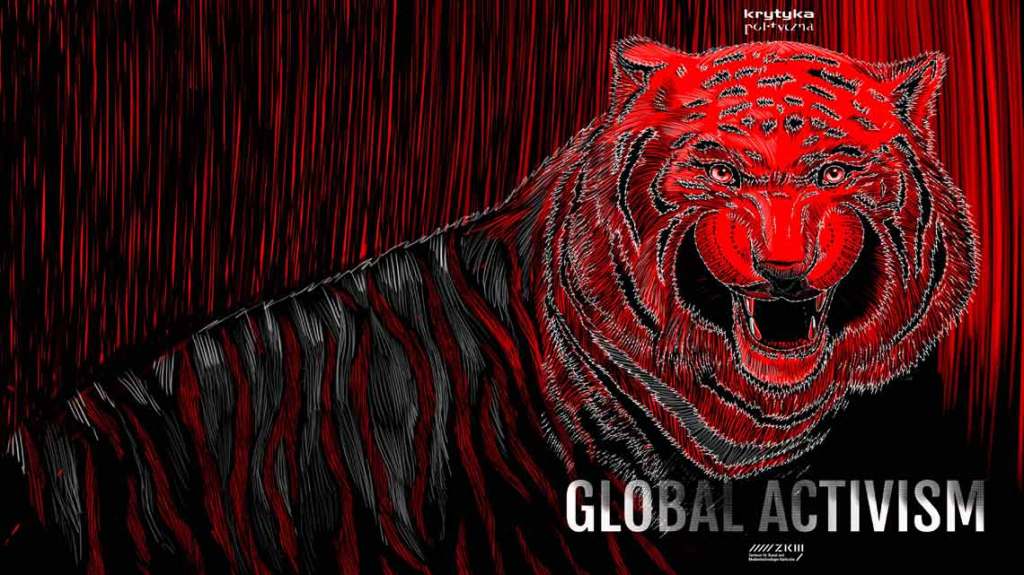 [dropcap]T[/dropcap]his special issue of Krytyka Polityczna and Autonome Universität Berlin is designed to complement the exhibition global aCtIVISm at the Center for Art and Media (ZKM) in Karlsruhe. While the team of ZKM presents a view of recent revolutionary events through an institutional lens, the editors and contribiutors to this edition manifest the revolutionary knowledge gained from active engagement in the events themselves.

[quote align=’left’]The guiding question is: What is the new universal in the global movements, and what, in contrast is their irreducible otherness?[/quote]Our aim is to map the new architecture of today’s revolutionary struggles in a way that both analyzes their local differences an highlight their interconnetctedness. This architecture is embodied in the diversity of protest forms that we have been witnessing since 2011: tactics, infrastructures, gestures, interventions and experiences.

The guiding question of this endeavor is: What is the new universal in the global movements, and what, in contrast is their irreducible otherness? In what way do these movements construe something new – cognitively, structurally, practically – and in what way are they an image of the future?

We reject the idea of Universality. Capital is a universal idea. The global is not. The global is a becoming. But this does not entail that global protest can be compartmentalized into isolated particularities. Thus, we aim to deuniversalize particularism by revealing the common bonds of resistance within the specific instances of revolution.

The publication is now freely accessible!