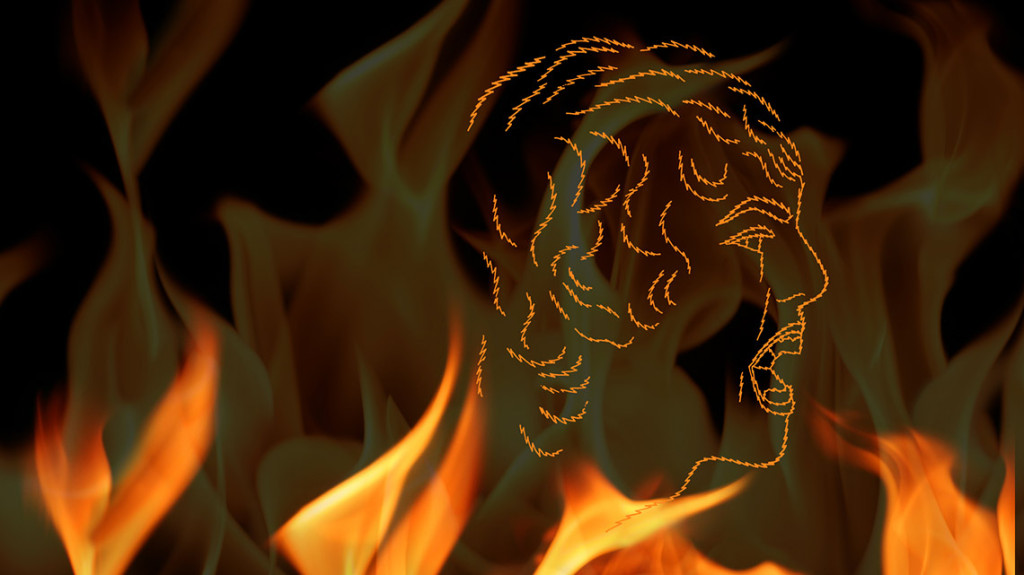 [dropcap]W[/dropcap]e are currently witnessing one of the most beautiful and tragic moments of resistance in human history. Please join with us and sign the solidarity statement (link below) alongside educators, artists, philosophers and activists.

We have now arrived at the 27th day in the hunger strike of political prisoner Nikos Romanos. He is still alive and fighting this outrageously painful battle for human rights – as an anarchist.

He writes, “Last spring, I sat university entrance exams from inside the prison and got admitted to a faculty in Athens. According to their laws, since September 2014, I am eligible for educational furloughs to regularly attend classes from the beginning of the term.”

[quote align=’right’]With his hunger strike Nikos reveals that the authorities break their own law in order to subjugate the anarchists.[/quote]In solidarity with Romanos, other anarchist prisoners went on hunger strike: Yannis Michailidis, on November 17, as well as Andreas-Dimitris Bourzoukos and Dimitris Politis, on November 30. Protesting for the fundamental right of education, political prisoner Iraklis Kostaris, a former member of the revolutionary marxist organization 17N, has been on hunger strike since October 28th. Since November 24, about 200 refugees from Syria launched a hunger strike on the Syntagma square, Athens. All signs of strength from different perspectives of the same struggle!

With his hunger strike Nikos reveals that the authorities break their own law in order to subjugate the anarchists. The demonstration of power, and division of society, is more important to them than human life.

On December 3rd the court has decided not to return to Nikos his right to attend the university. Global solidarity is the only means remaining to achieve a lasting change.

When the policeman Epaminondas Korkoneas killed the teenager Alexandros Grigoropoulos on December 6th 2008, Nikos Romanos happened to be the only witness to this murder. His friend Alexandros died right in his arms. Nikos’ maturity and social conscience was won under these difficult conditions and under observation by the police; now, he is indeed a victim of a process as clearly murderous as that which befell Epaminondas. His decision to stake his life on the right to be educated, in defiance of a repressive state, is a measure aimed at rectifying these injustices.

Due to the deterioration of his health Nikos Romanos has been transferred to the hospital where his hunger strike continues. “Already on the 13th the muscles, including the heart, slowly stop functioning and a cannibalism of the cells begins”, as Lina Vergopolou, anesthesiologist and hunger strike specialist, said in the press conference on December 2nd at Embros Theatre, Athens. She also pointed out that psychiatric expertise has proven that this is not merely a case of psychopathology.

[quote align=’left’]In response, letters of support have arrived from all cities in Greece. Several demonstrations take place daily in Athens, Thessaloniki, Patras and other cities.[/quote]The authorities have tried to escape their moral and legal obligation by giving an order to force-feed Nikos, and thereby infringe his autonomy and refuse to substantially acknowledge the motivations behind his hunger strike. Without the refutation of civil voices the state will stop at nothing, including penetrating a hospital. Fortunately the doctors have refused to be used as torture machines.

Petros Damianos, the teacher of Nikos Romanos, has intervened with a letter signed by all teachers of all prison schools, inviting the public to join a fight for the right to education. They support Nikos because society needs visionaries like him for its better future.

In response, letters of support have arrived from all cities in Greece. Several demonstrations take place daily in Athens, Thessaloniki, Patras and other cities.

Why Nikos is in prison

Nikos Romanos is sentenced for 15 years in prison because he is an anarchist. He and his comrades performed a bank robbery as an anti-capitalist protest. “What is the robbing of a bank compared to the founding of a bank?” (Bertolt Brecht). Because no evidence relating Romanos to armed organizations could be found, the court brazenly convicted him of an ordinary crime.
Anarchists are not terrorists

Yorgos Romanos, father of Nikos, stated at the press conference that the situation with his son is an example of the attitude of the state towards the society.

The denial of Niko’s right to attend University is only one aspect of the repressive mechanisms employed by the state to silence and defeat internal objection. While these mechanisms are allowed to stand without defiance, the right wing gains more power day by day.

State-sponsored “investigations” into Romanos and his comrades seek to declare anarchists as terrorists in order to introduce high security measures to their cells, to upgrade them from the category “Beta” to the category “Gamma”– which is in essence solitary confinement – as well as to extend the length of their sentence.

please be so kind, specify your profession, organisation, title, position etc. in the field “Why will you sign this declaration”

Joulia Strauss
Studied at the New Academy of Fine Arts, St. Petersbrurg and at the University of Arts, Berlin, Georg Baselitz class. Participated in the occupation of Berlin Biennale 7. Together with Peter Weibel and others she curated the exhibition global aCtIVISm. In collaboration with Daniel Mützel she recently published an issue of Krytyka Polityczna which explores the architecture of the ongoing global revolution.
> see other articles <