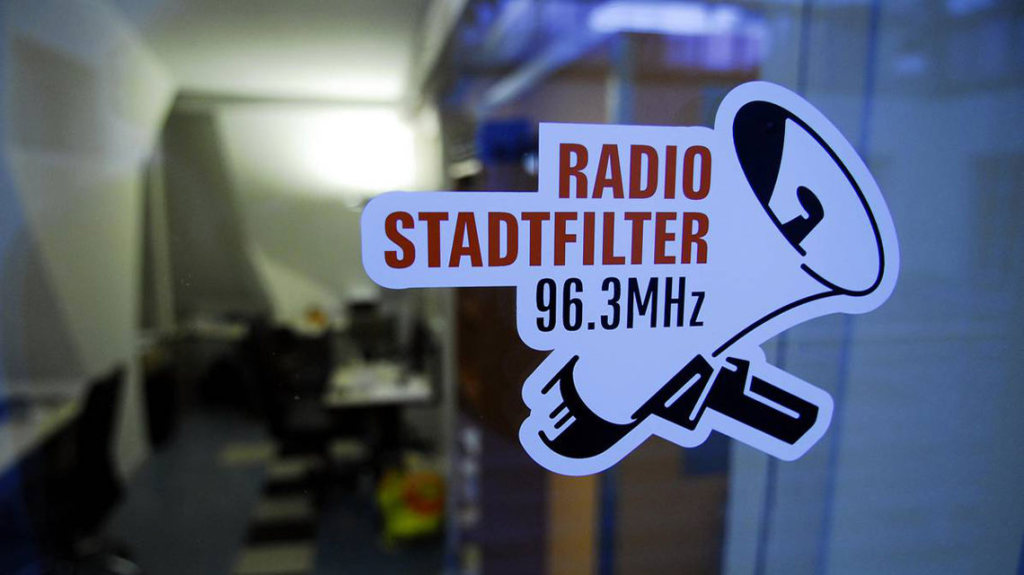 From 18.30 to 19.00, the editors of Radio Stadtfilter will talk with filmmakers and other representatives of the film industry in front of a live audience.

TUNE IN FOR THE LIVE BROADCAST HERE

The Ukraine was the scene of one of the most dramatic crises in 2014, whose outcome is pivotal for Europe’s development in general. The protests on Maidan square caused many filmmakers to point their cameras at what is happening in their country. As a gesture of solidarity, the film festival DocuDays Kiev screened the omnibus project «Euromaidan. Rough Cut» instead of an opening film. The film includes contributions by the filmmakers’ collective Babylon 13. Considered to be an important voice of the protest, they continually publish documentary video clips online. With the programme «EUkraine», we wish to provide the movement with a platform outside of the Ukraine. Film talk after the screening: Political cinema has a long tradition, especially in the short film format. Better and less expensive cameras make it possible to produce films at a rapid pace, and the internet has become the most important platform for activists. What do the political films of today look like? Is there a difference between political film, propaganda, activism and journalism? Where do the boundaries blur, and for what purpose – and for whom – are filmmakers in the Ukraine producing films right at this moment? Participating: Sviatoslav Yurash, Babylon’13; Yulia Serdyukova, DocuDays Kiev and Sławomir Sierakowski, journalist and sociologist.

Saturday, 8.11.2014: “And Europe Will Be Stunned” with Yael Bartana and Slawek Sierakowski

Yael Bartana is an Israeli artist based in Berlin and Amsterdam. Her three short films «Mary Koszmary» (Nightmares), «Mur i wieża» (Wall and Tower), and «Zamach» (Assassination) form a complex unity under the joint title of «The Polish Trilogy». The trilogy deals with the call for the return of over 3 million Jews to Poland, prompting reflection on urgent contemporary European issues of migration, asylum rights and xenophobia. In 2011, Bartana was chosen to represent Poland at the 54th Venice Biennale, where she exhibited the trilogy as part of the exhibition «…and Europe will be stunned». Film talk after the screening: Following the screening of all three films, Yael Bartana will discuss her work and the films’ subjects with the curator Avi Feldman and the main protagonist Sławomir Sierakowski (journalist and sociologist).