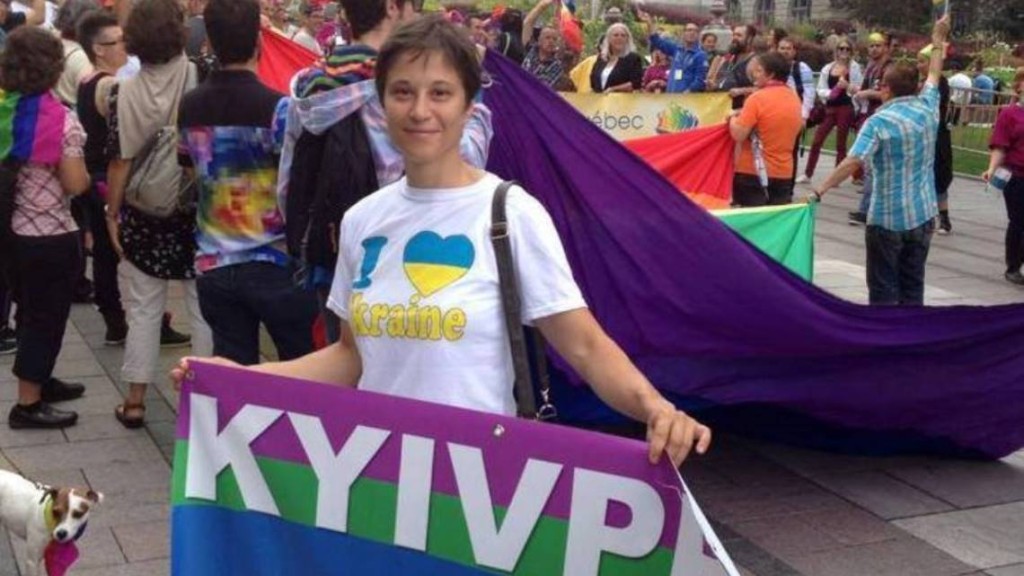 Fourth International LGBT Forum KyivPride2015 will take place in Kyiv from 2nd until 8th of June 2015. This year lesbians, gays, bisexuals, transgender and all other goodwill people will unite under the slogan “Human rights are always on time!”

KyivPride2015 will feature more than 20 events for LGBT community and friendly people. Program includes round tables, discussions, film screenings, trainings and exhibitions. Activists from all regions of Ukraine, representatives of foreign LGBT organisations, diplomats, human rights defenders and civil activists from EU countries will take part in these events. You can learn more about these events on the official web site of KyivPride2015.

– International LGBT forum KyivPride 2015 aims to highlight the fact that some groups of population in Ukrainian society still have less rights and freedoms than others, despite the declared equality. Our task is to achieve real democracy and equality for all” – states member of “KyivPride2015” Organizing Committee and head of All-Ukrainian Public Organization “Gay Alliance Ukraine – Taras Karasiichuk.

Organizing Committee urges all considerate people to support KyivPride. Everyone can demonstrate solidarity and commitment to democracy by participating in Equality March, planned for 6th of June 2015. Organizing committee expects that this year City of Kyiv and law enforcement agencies will provide the possibility of the March and thereby guarantee the right to freedom of peaceful assembly and free expression for everyone. After all, as LGBT activist and member of the KyivPirde2015 Organizing Committee Olena Semenova states “Pride is a public event. This is our open dialogue with those in power. This is also our dialogue with society. People have to see who we are really, why we think that our citizen rights are being violated, and what we want. We should not be ashamed of diversity. We will remind this again and again every year”.

From the history of the event:

International LGBT forum KyivPride was established in 2012. In 2012, despite the success of the closed events for the community, Equality March was blocked by hooligans and radicals. But in 2013 city council was able to guarantee the safety of this human right demonstration and March took place, with participation of LGBT community, human rights activists and guests from other countries. Last year, mayor of Kyiv and leaders of the responsible structures publicly refused to defend the right of citizens of Ukraine to peaceful assembly and Organizing Committee of KyivPride 2014 was forced to abandon the idea of holding a peaceful demonstration.