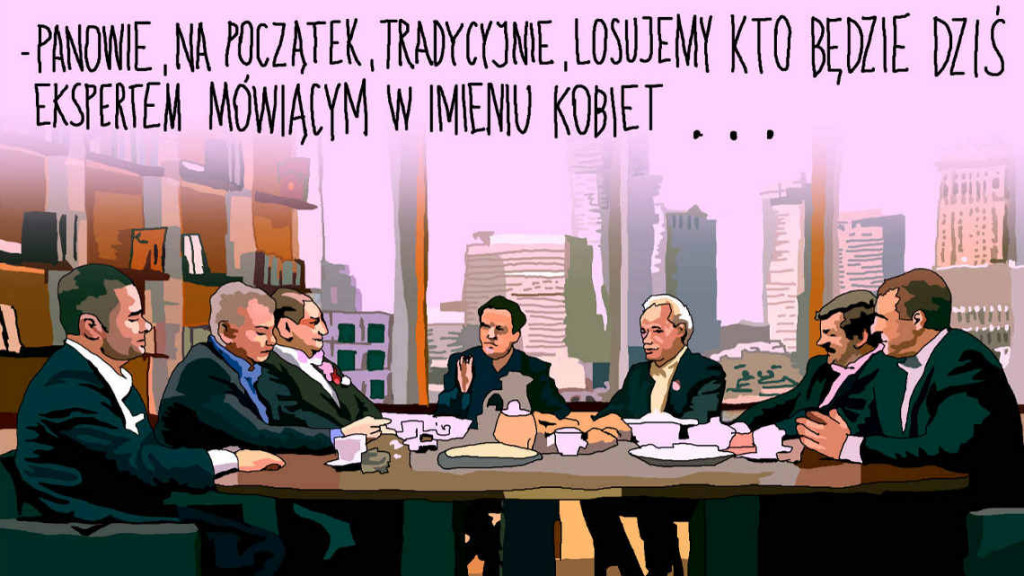 [dropcap]W[/dropcap]e turn on the TV, the radio, we go for a debate and there are only men there. We have nothing against men but we believe it would be good if women also participated in the public debate. They do constitute half of the society. From our own experience we know how often the absence of women in the debate is explained by the fact that “there are no female experts” who could make a point on an issue. You don’t like #MediaWithoutWomen (#MediaBezKobiet) then help change it. We are building a nationwide list of experts, we are starting a social campaign, we are inviting to an international conference which will be an opportunity for a discussion on the need of female presence in the public debate. Join in!

10:00 – 12:00 Workshops
(workshops conducted parallelly, registration at the beginning of the conference)

Feminist Radio – it’s simple! Conducted by: radiOrakel (in English)
RadiOrakel was created in 1982 as the first feminist radio ran by women, promoting women in their shows. Members of the radio conduct regular courses on radio journalism and technical support. During the workshop they will tell how the radio was created, about the idea and their work. They will show basic methods of editing and foundations of their medium.

Why in the TV you aren’t an expert but “Mrs. Mary”? Conducted by: Iza Desperak
The course prepares women for conscious creation of an image of expert in the public space especially in contact with media. Women are often stereotyped, their looks are being judged, they are cast as a backdrop, and are being referred to as “Mrs. Mary” instead of “doctor”. During the workshop we will try to show how to face these problems and others that await female experts in the public debate. The workshop will include training in a few simple techniques of communicating with the media and image building, as well as analysis of the problems facing female experts and developing strategies in dealing with them.

Women’s media. Conducted by: Agnieszka Wiśniewska, Paulina Młynarska
Exactly you! Why actually you should have a public voice. In radio and tv studio. What can you expect there? We will present step by step scenario.  How to prepare for media presentation?

12:30 – 14:30 Workshops
(workshops conducted parallelly, registration at the beginning of the conference)

Girls on twitter. Conducted by: Natalia Sawka, Anna Dryjańska
In the age of access to free tools of mass communication we are able to influence the public debate bottom-up without the need of mainstream or professional media middleman. During the workshop we will discuss solutions and ideas that help to socialize and popularize citizen journalism. We will focus on twitter which in Polish circumstances is the tool of social-political influence. Your presence in online media will back important issues in the public discourse and empower voices of other women.

With my own voice – the art of public appearances. Conducted by: Maja Branka
The aim of this mini-workshop is development of skills of (self)presentation necessary in public and media appearances. We are going to focus on building personal credibility of women in the role of an expert.

Break monopoly and show diversity. Conducted by: Ewa Kownacka
Do you want to have an interesting panel discussion where competence is the focus, not gender? Then it’s time to start counting and re-thinking. We will discuss key points for better conversations and more interesting debates.