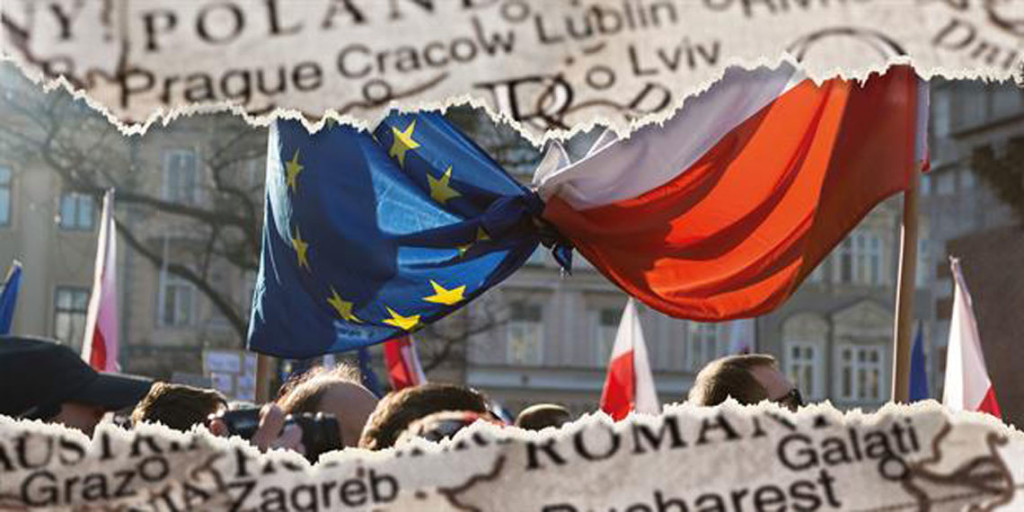 Anton Shekhovtsov, Senior Visiting Fellow at the Legatum Institute, will present his new paper, ‘Is Transition Reversible? The Case of Central Europe’, in conversation with Anne Applebaum and Slawomir Sierakowski.

Can a democratic transition be reversed? The lesson of Central Europe since 2008 is a clear and depressing “yes”. The backsliding ranges from the deliberate and systematic demolition of independent institutions and political pluralism in Hungary, to the aggressive actions of Law and Justice in its first weeks in power in Poland, to the soft decay of Slovakia’s institutions and the “Berlusconisation” of the Czech Republic. Any of these approaches can be a blueprint for politicians in Central Europe, or indeed Western Europe, who aspire to secure full control over their states by transforming and degrading their democratic institutions.

If government and governing organisations in Europe and the US do not want to see a further decline in democratic standards on the continent—a decline which would inevitably lead to the breakup of the EU and NATO, and the exclusion of the US from Europe—then they should take immediate steps to strengthen democracy in the region.

Tracing the development of Hungary, Slovakia, the Czech Republic, and Romania, with a very brief look at the current situation in Poland, Shekhovtsov, Applebaum and Sierakowski will highlight patterns of illiberalism and discuss what can be done to reverse this trend.

This event is strictly by RSVP only. To register your attendance, please contact Louie Brockbank

Anton Shekhovtsov is Visiting Senior Fellow (2015) for the Transitions Forum. His main area of expertise is the European far right and illiberal tendencies in Central and Eastern Europe. Over the course of his fellowship at the Legatum Institute, Anton will explore the rollback of transitions towards democracy in Central and Eastern Europe. Anton is also Associate Research Fellow at the Institute for Euro-Atlantic Cooperation (Ukraine), and General Editor of the Explorations of the Far Right book series at ibidem-Verlag (Germany). He is the author of the Russian language book New Radical Right-Wing Parties in European Democracies (Stuttgart, 2011), and co-editor of The Post-War Anglo-American Far Right (Basingstoke, 2014) and White Power Music (Ilford, 2012). He is also a member of the Editorial Board of Fascism: Journal of Comparative Fascist Studies, and published several academic articles in Journal of Democracy, Russian Politics and Law, Europe-Asia Studies, and Patterns of Prejudice among others.

Anne Applebaum leads the Legatum Institute’s Transitions Forum, a series of projects which examine the challenges and opportunities of radical political and economic change. She is also a columnist for the Washington Post and Slate, and the author of several books, including Gulag: A History, which won the 2004 Pulitzer Prize for non-fiction as well as other awards. Her most recent book, Iron Curtain: The Crushing of Eastern Europe, 1944-1946, won the 2013 Cundill Prize for Historical Literature and was nominated for a national book award in the US. Since 1989, her journalism has frequently focused on the politics of transition in Russia, central Europe and other former communist states, but she has also written extensively about British, American and European politics and international relations. She is a former member of the Washington Post editorial board, a former deputy editor of the Spectator magazine, a former political editor of the Evening Standard and a former Warsaw correspondent of The Economist. Her work also appears regularly in the New York Review of Books, Foreign Policy, the New Republic, the Daily Telegraph and many other UK and US publications. She is married to Radek Sikorski, former Foreign Minister of Poland.

Slawomir Sierakowski is a contributing opinion writer for the International New York Times. Born in Poland, Sierakowski is a Polish sociologist and political commentator. He is a founder and leader of Krytyka Polityczna (Political Critique), an Eastern European movement of liberal intellectuals, artists, and activists. He is also director of the Institute for Advanced Study in Warsaw and the president of the Stanislaw Brzozowksi Association. A graduate of the University of Warsaw, Sierakowski has been awarded fellowships from Yale, Princeton, Harvard, and the Institute for Human Sciences in Vienna and has written for newspapers and journals across Europe.

The Transitions Forum is a series of projects dedicated to the challenges and possibilities of radical political and economic change.