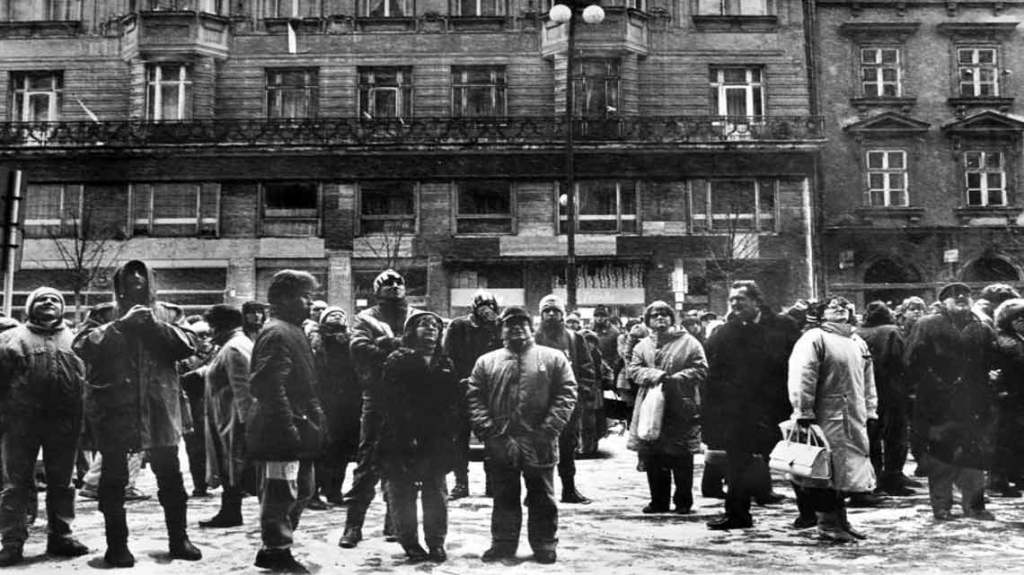 [dropcap]T[/dropcap]he majority of the citizens in the former satellite states rejoiced in the implementation of multi-party systems and a free market economy in 1989. But this initial widespread enthusiasm has diminished markedly in most of these countries. A phase of massive privatization, economic ‘shock therapy’ and the rapid introduction of the democratic state left many countries in a state of confusion and disorientation. The transition to capitalism and democracy has been all but unblemished.

We speak about the development of Hungary, Poland and Croatia the last 25 years. What does the success of the right-wing populist parties in Hungary tell us? What is left of the ideals of Solidarność in Poland? And how does Croatia fit in the European Project?

Slawomir Sierakowski, a Polish sociologist and political commentator, has founded and leads Krytyka Polityczna (Political Critique), the biggest eastern European movement of liberal intellectuals, artists and activists, with branches in Ukraine and Russia. He is the director of the Institute for Advanced Study in Warsaw. Sierakowski has received fellowships from Yale, Princeton and Harvard as well as from the Institute for Human Sciences in Vienna. He writes for several journals and newspapers, including The Guardian, El País, Haaretz and Die Tageszeitung, Dissent, and Transit and has been ranked as one of the most influential Poles by “Polityka”, “Wprost” and”Newsweek”.

Born in Croatia (former Yugoslavia) in 1949, Slavenka Drakulic is an author whose books and essays have been translated into many languages. She writes for various newspapers and magazines, including The Nation, La Stampa, Dagens Nyheter, Frankfurter Allgemeine Zeitung, Eurozine and Politiken. Her latest book of essays A Guided Tour Through the Museum of Communism: Fables from a Mouse, a Parrot, a Bear, a Cat, a Mole, a Pig, a Dog, & a Raven was published in February 2011.

Tibor Dessewffy (born December 28, 1962) is a Hungarian sociologist. He has obtained degrees in Law and Sociology at the Eötvös University and has completed his PhD in Sociology at the University of Amsterdam in 1996. He won the Pro Scientia and Erdei Ferenc Prize for his academic achievements. Dessewffy leads research in the World Internet Project in Hungary and is a member of the National Council for Communication and Information Technology. Currently, he chairs the DEMOS think tank Hungary Foundation and works as an associate professor at the Faculty of Social Siences, Eötvös Loránd University, Budapest.

will moderate this programme.

Lousewies van der Laan has been closely involved in unification of Europe and the transition of former communist countries to democracies since joining the European Commission as a diplomat in 1991. Working first in the countries of the former Soviet Union from 1991, she switched her focus to the candidate countries of the EU upon joining the Cabinet of Foreign Affairs Commissioner Hans van den Broek. As his spokeswoman she witnessed the negotiations to join the EU up close. Later as a member first of the European and then the Dutch Parliament she was able to vote on it. For her efforts on reunifying Europe, the President of Poland has awarded her the Knight’s Cross of the Order of Merit of the Republic of Poland.