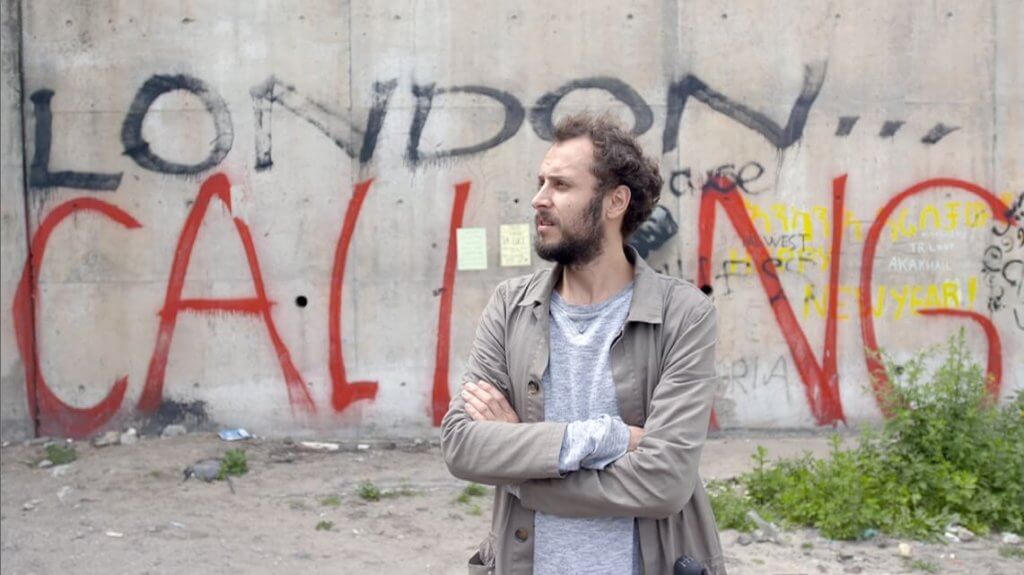 Movie still from 'Europe's Forbidden Colony', premiering on Al Jazeera on the 19th of February.

From France’s Front Nationale, to neo-fascists Jobbik in Hungary and the looming Brexit, Europe’s disgruntled voters are turning to an anti-elitist populism that is challenging mainstream politics. With French and German elections due in 2017, there are fears centrist parties will lose more ground, but few can explain why. In this new 2-part documentary series, premiering on the 19th of February, Croatian philosopher Srecko Horvat looks behind the refugee flows, terror attacks, and Brexit to reveal what is really threatening Europe’s establishment.

“Often these phenomena are discussed as if they are forces of nature beyond our control” says Srecko. “But as a philosopher I look for the root causes. What if the economic collapse, refugees and terrorism are actually all caused by something more fundamental?”

Starting in Idomeni, where the refugees crossed from Greece to Macedonia, Srecko goes on a pan-European odyssey that takes in the Port of Piraeus, Romanian Forests, Welsh valleys, the offices of far right parties, the channel tunnel and the European Parliament.

In the first episode, The Business of Colonisation, Srecko finds evidence that the colonial methods of extraction and democratic suppression that European nations once applied to much of the Middle East and Africa in the 19th and 20th centuries are now being practised on Europe itself.

In an exclusive revelation, former Greek Finance Minister Yanis Varoufakis tells us how this undemocratic colonial control was used recently to prevent Greece recovering from its debt crisis. As part of its bail out by the Troika of the European Central bank, European Commission and International Monetary Fund, Greece was forced to sell the strategic Port of Pireaus. Varoufakis tells Srecko how he negotiated a deal with the Chinese that would guarantee jobs, investment and union recognition, while the Chinese government would buy enough Greek government bonds for them to return to international money markets.

“And guess what happened,” says Varoufakis, “there was a telephone call from Berlin to Beijing saying keep off Greece while we are negotiating with them and all deals were off because, of course, China is not going to jeopardise its relationship with the heart of Europe in order to seal a deal with us.”

In episode two, The Colonised Society, Srecko looks at how the people of Europe are responding. “The major decisions that determine how life is lived are made without popular participation and that causes anger, frustration and contempt for the parliamentary system”, says Professor Noam Chomsky “And it leads to erratic and often frightening reactions.”

Srecko examines how those frightening reactions include terrorism and the rise of the far right, on trips to Molenbeek in Brussels and to meet Hungarian nationalist party Jobbik in Budapest. But the anger and frustration at colonisation has also taken a different route, as Srecko finds out in visits to French protest camps, Greek markets, German energy grids, and the City of Barcelona.