Have you ever heard about the International Transpersonal Conference? Professor Stanislav Grof, the Czech godfather of LSD psychotherapy research, is gathering over a hundred experts on consciousness, psychedelics and spirituality from all over the world in Prague. The event will take place this week, during the weekend going into October (Sep. 28 – Oct. 1). Are you interested in the medical potential of psychedelics, the science of consciousness or perhaps just tripping? This is your chance to learn from the experts!

Professor Stan Grof is no fringe scientist. Back in the days, Grof practiced at Johns Hopkins University where he conducted hundreds of methodologically sound LSD sessions with his patients. He recorded many unexplainable experiences, from visions regarding the subject’s own birth that would correspond to previously unknown medical records, to prenatal memories (from before birth). Grof’s research eventually led him to publish Beyond Brain,, in which he suggests a new paradigm through which to explain reality; one in which consciousness is more than just the result of an electrical current connecting neurons. Grof’s experiments with holotropic breathwork have proven that psychedelic experiences, even those achieved without the use of drugs, have the potential to change human consciousness.

The social roots of the new drug scare in Budapest

Jeremy Gilbert has posited a similar hypothesis in an article exploring the notion of ‘Acid Corbynism’ and the ways in which “radical Labour politics can be inspired by the utopianism of the counterculture”. The author, who is quite fond of the ridiculous, makes at least one really good point; drugs, throughout history, have often challenged the status quo, such as the use of LSD by protesters against the Vietnam War, for example. Psychedelics have a history of accompanying visionary and utopian ideas, from inspiring writers like Aldous Huxley and Michel Foucault, and the golden age of mass hippy counterculture, to the present psychedelic renaissance. The psychedelic utopia has changed, and each individual’s trip is continuously changing too.

The psychedelic utopia has changed, and each individual’s trip is continuously changing too.

Today, micro-dosing LSD is the new hip thing in Silicon Valley. Both the corporate- and military-industrial complex are researching psychedelic drugs and psychoactive substances used in sacred native American rituals, such as Ayahuasca, have been largely commercialized. The ideals which drove the 60s spiritual revolution have been replaced by the pursuit of efficiency. For the most part, nowadays, the use of psychedelics is limited to modern cultural rituals, like psytrance festivals, which arguably play a greater role in recreation than in ideological enlightenment. However, this doesn’t mean that tripping can’t effect a significant life changing experience.

Do You Take Drugs at Festivals? This Initiative is Working on Keeping You Safe

Is there a single ‘wholeness’?

Filip Tyls (a psilocybin researcher in the Czech National Health Institute), considers amplification to be one of the main effects of psychedelics. Taking psychedelics has been linked to mystical experiences, and, according to a new study, can encourage pro-environmental behavior, however, the reason behind this connection is not yet clear. What is amplified, however, will differ between someone concerned with recycling, and someone concerned with the fate of refugees.

If the transpersonal paradigm of a ‘single consciousness’ is mostly hippy populism, does it stand for globalization, or for the opposite?

Psychedelic drugs have the potential to help achieve a transformation towards ‘wholeness’. But could the idea of integrity have changed in 25 years since the first International Transpersonal Conference? Today nationalism and isolationism are again gaining momentum, however, as the famous philosopher Allan Watts once said, “chaos on one level is harmony on a higher level”. What rips one world apart might be perceived as peace and order in another. If the transpersonal paradigm of a ‘single consciousness’ is mostly hippy populism, does it stand for globalization, or for the opposite? A number of impressive speakers will engage with the potential impact of ego dissolution in the world.

Drugs between East and West: In Search Of Central and Eastern European Drug Policy at UN meeting in Vienna

Ego dissolution to the rescue

The conference will feature prominent thinkers such as Ervin Laszlo, a holocaust survivor and philosopher twice nominated for the Nobel Peace Prize, and Raymond Moody, the author of Life after Life, which has changed the way we think about death and afterlife. Furthermore, the event will be attended by some of the most famous researchers in the field of psychedelics, such as Rick Doblin, who started MAPS, and who has been working for 30 years on the legalization of MDMA for use in therapy, and the Mithöfers, a couple who run government approved MDMA trials, now engaged in training other therapists

Come to Prague to see some of the most famous experts on Transpersonal Psychology, Deep Ecology, Psychedelics, Quantum Physics, Technology, Shamanism, Religion, Spirituality and Art – but above all, come to meet these pioneering psychonauts.

Click on an image below to find out more about the conference: 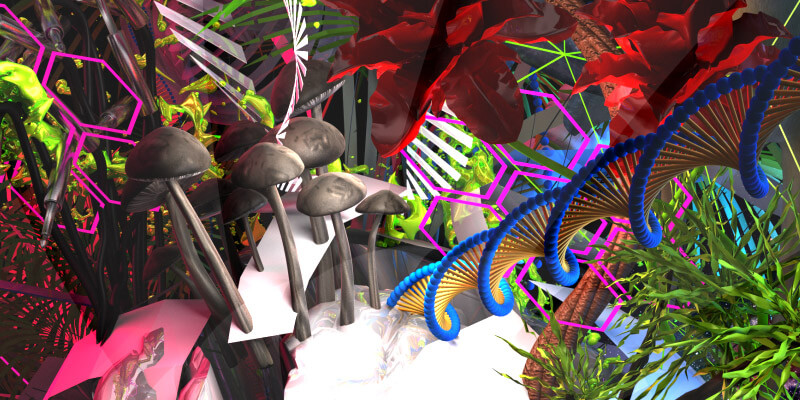